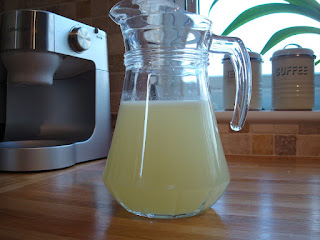 You know what they say all the best laid plans and that, well it was always our plan dream or whatever to buy a small holding in Dorset and do it all for ourselves, we worked hard and had goals reached them postponed the moved another 3 years to 2013 when the housing market fell making it not viable to sell the house we are in, so next year was to be the big year, now we are not going, we have been watching what is happening in Dorset very closely, and it seems to us that the world and its wife seems to be heading there, city family's have been buying up any little small holding that has come along, stripped them bear turned them into equestrians so little Suzie can have a pony, this has resulting in pricing it completely out of our bracket, so Dorset is off the agenda, I don't want to live surrounded with the pony set who commute to work in the big city's and complain if they so much as hear a cockerel crow in the countryside, so having made the decision to abandon Dorset but not the dream, we are now considering South Wales, similar climate to Dorset perhaps a bit wetter, still within easy reach of the sea, plenty of unspoilt countryside on the plus side its nearer to mountains which Hubby loves, we can get a lot more for our money and its affordable, for example , in Pembroke shire you can get a 3/4 bedroom house with approx 10 acres of land for about £280,000 in Dorset the same money would get a 1/2 bed house with about 1 acre if you were lucky, we are now checking out the various areas of South Wales doing our research and going for visits and plan is back on track for a move we hope next year, 2013. We will keep you updated.
This year didn't get off to a brilliant start, Spud our adopted Guinea Pig curled up his toes and went off to meet his maker, he was getting on his year and we know he was happy living out his years free roaming the garden.
Then Hubby was rushed into hospital and had to have an emergency operation, he is fine now 2 months on but it has taken him a while and is now ready to start building up his fitness, he has though taken a great interest in the growing of vegetables and is starting to call my greenhouse his, a bit of a cause for concern there me thinks, he also has started cooking more so perhaps the trip to hospital was a good thing .
Good Friday we went to N Wales and spent the day ambling around, ended up on Holyhead Beach and went foraging for winkles cockles mussels and limpets that we cooked up into a seafood chowder with sea beet and very nice it was too.
Today has been spent cycling to the garden center for some more pea seeds, also hubby picked up some sprouting seed mixes, so we dusted off the old seed sprouter and have got them all started, we have been potting up in the greenhouse, toms and chills etc coming along a treat, made some lemonade from some unwaxed lemons that where hanging about really easy to make as well, tonight's dinner will consist of, smoked salmon from the freezer (trying hard to clear the freezer out) baked potatoes, salad leaves from the greenhouse and a couple of hard boiled eggs (swamped with eggs at the moment) and some home made bread that is just about to go in the oven, will be back again soon in the meantime hear is the
Lemonade recipe.
3-4 unwaxed lemons, 140g caster sugar, 1 litre of cold water, chop up lemons skins and all roughly throw into the food processor with the sugar and about quarter of the water, blitz it, pour through sieve and squeeze out as much juice as possible add remaining water, stir and serve and enjoy.
Posted by Dawn at 08:22:00