Here we go Gathering Nuts in May ?

Were did that song come from, nuts are not collected in May well not in this country, they are an autumn crop, so perhaps the song originates from another part of the world.
Anyway that was the song that popped into my head while I was admiring the blossom on my Almond tree 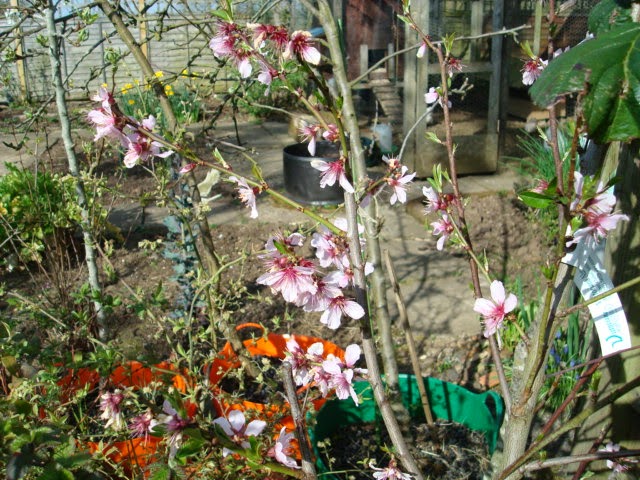 Its only a small tree at the moment about 4 ft tall in its container, I bought it  a couple of years ago and kept it in a pot so I could take it with me to our new home, it didnt flower last year and I wasnt expecting it to burst into bloom this year but it has and the bees have been buzzing around it, so who know I may get a few nuts from it, at the same time I purchased a walnut tree and a cob nut, they are just coming into leaf now.
I spotted yesterday this early bird poking its head up 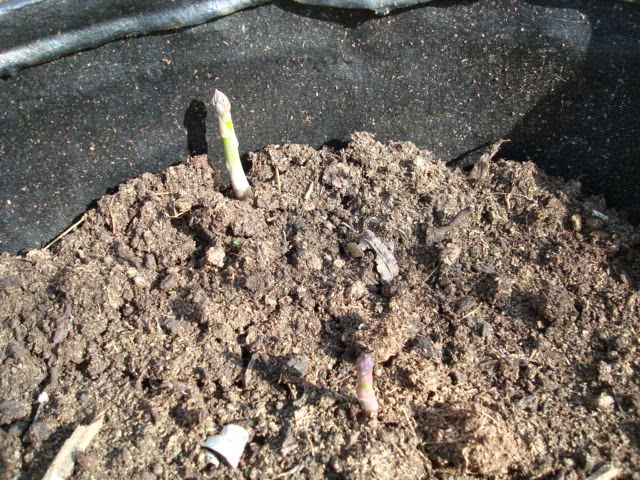 the first couple of asparagus spears, usually they dont surface until the start of May so thy are a very early bonus.
My orange tree is doing really well 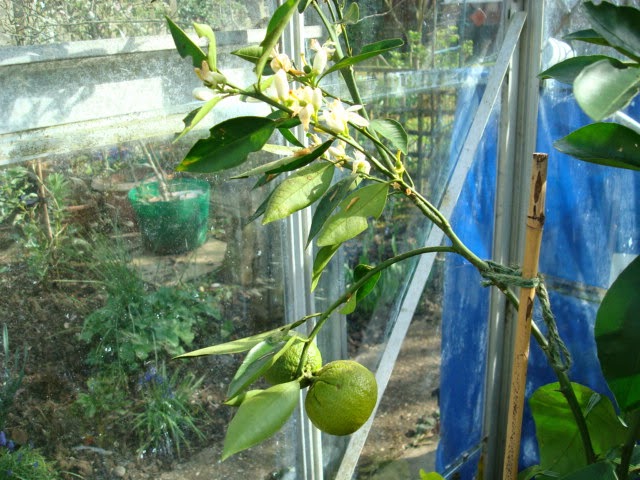 there are 11 fruits on it in total and it is now in flower again, I dont expect to be able to produce enough citrus fruits to sustain us, but its nice to produce some, last year off our Satsuma tree we got 36 fruits, there are 9 lemons on the tree and it is also flowering and the lime tree has 7 fruits and is also in flower.
I might have a go at air layering the citrus trees later in the year to see if I can increase my stock.
I will keep you updated on that one.