A pack of sausages dug out from the back of the freezer was tonight's dinner, as it is a lovely pleasant evening we thought we would light the outdoor fire for cooking and dig out the Dutch Oven
So we chopped up a few potatoes, red pepper, mushrooms onions and garlic into the Dutch Oven with the sausages a drizzle of olive oil seasoning 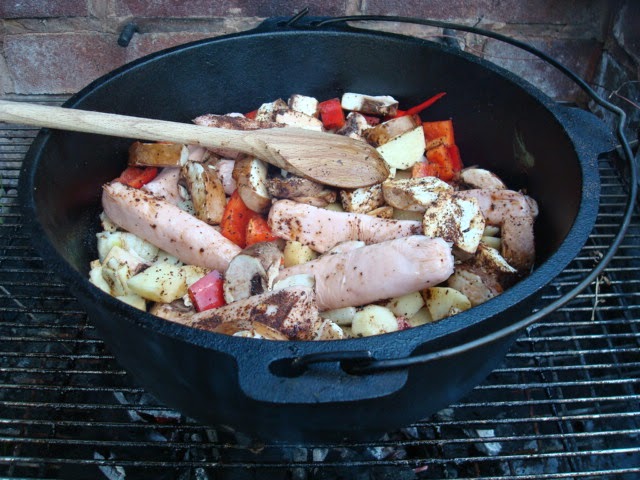 after browning added some water popped on the lid, after about 10 mins added some baked beans moved it to a cooler part of the fire to finish cooking 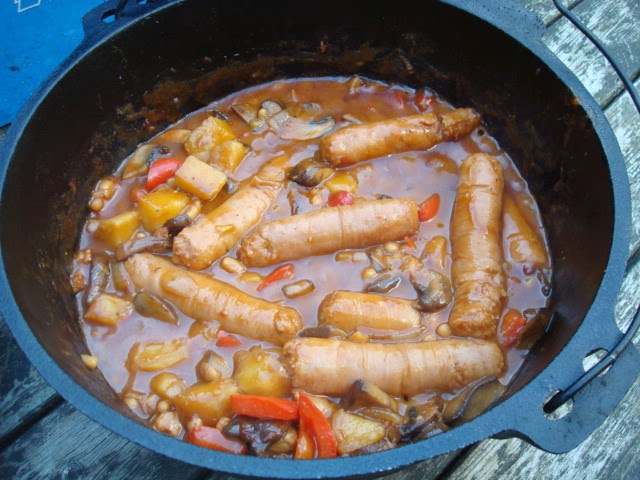 It was delicious served with bread and butter.
Cooking outdoors is something we both enjoy and do throughout the year, it was one of the reasons we built a brick oven outside, and its something we plan to rebuild at the next place. We have even been out in the snow cooking its great fun.

10 Random Facts
Reading some of the blogs out there today some of you were listing 10 random facts so I thought I would add mine.
Posted by Dawn at 12:12:00