In Memory of Mum

This week end is the 6th Anniversary of the passing of mum, she had Alzheimer's but it was cancer that took her, he Alzheimer's was at the stage were she could no longer communicate, we were not aware she was unwell until 2 months before she passed away, we made the decision not lightly that she was just to be kept comfortable and no medical intervention to extend her life. 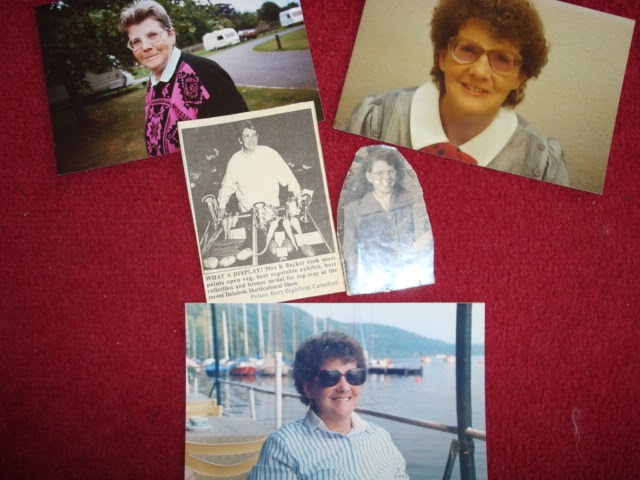 Last week end when I was clearing the attic there was all of mums things still there in store, so my sister came over today to go through it all with me, there was a big storage box of photos, from when mum was in the army 1951 getting inspected the the Queens mum up to her last final few months, newspaper cuttings of many of the charity fundraisers she did, certificates and awards.
There have been moments of laughter and moments of tears, a real trip down memory lane, she was only 72 and I often wonder what she would think to me having my own shop, I think she would have loved it right up her street, what would be her thoughts on our move to Wales and having a smallholding, again she would be there backing me all the way as she did something very similar when she turned 62, sold up everything and bought a farmhouse in Cornwall.
Mum was a social butterfly and loved being involved in everything.
Forever in our memories, God Bless you mum