We thought this day would never come, the boys were so hot in thick coats, they were drinking about 6 gallons of water a day and spending there time in the shade of the shelter, we had arrange to take the boys over to a friends who has a couple of Alpacas and get them sheared there along with hers, there was no chance of getting them mixed up my 2 boys are white her 2 boys are black.
The shearing was booked for 5-30pm, so when I went over to feed them in the morning I shut them into there small enclosure coming off there shelter, with plenty of water and hay, this makes it easier to harness them later. 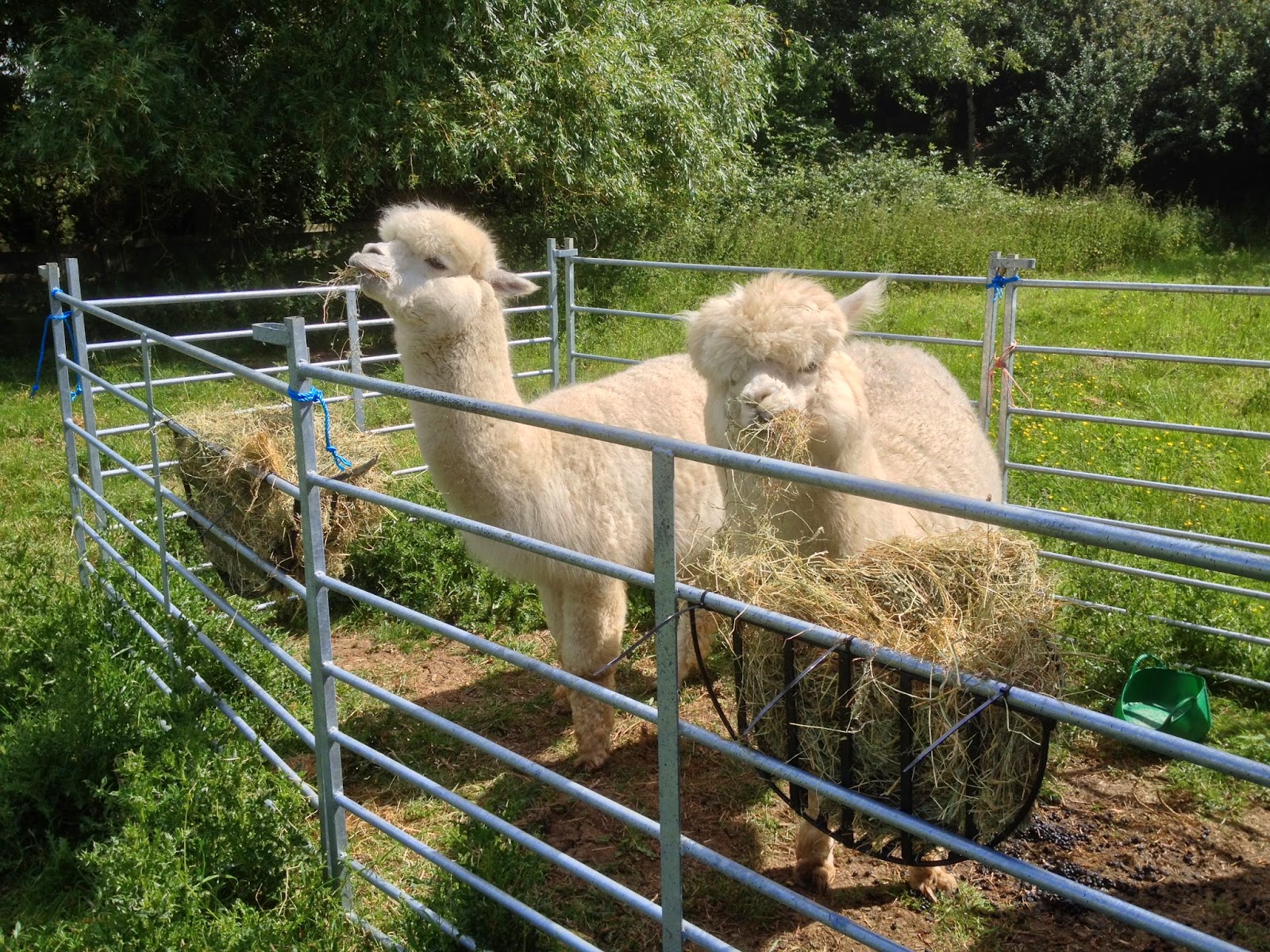 Hubby came home from work early with the livestock trailer, we got them loaded up and drove them the 12 miles, Marie had a bucket of water ready for them with some chopped carrots, there were two very hot boys.
First we had Marie's boys sheared then it was the turn of our two. 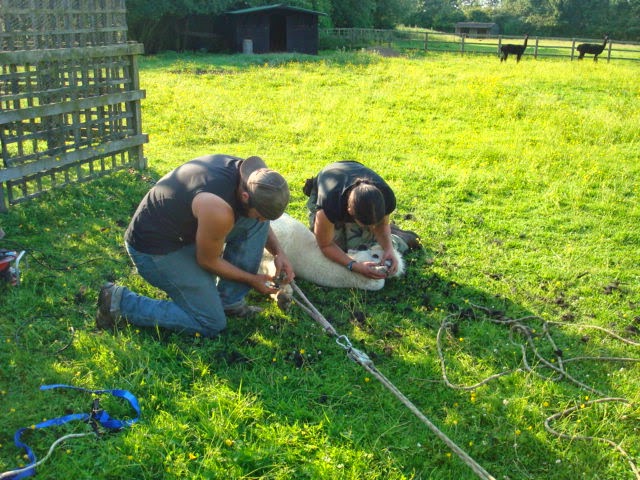 There teeth are checked, this is Nik Nack he needed a fighting tooth removed, it a very sharp long tooth and its used to bite the testicles off other males, so it was best to have it taken away before any damage is caused to Odd Job. There also had there nails trimmed. You can see Marie's 2 black boys in background. 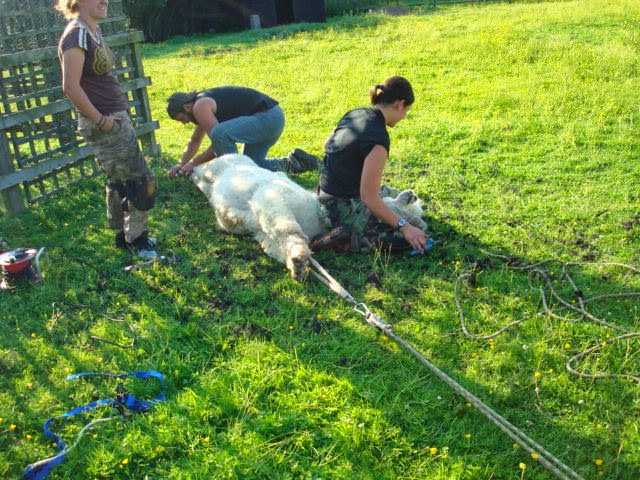 You can see how they restrain them for shearing, soft ropes are put around there ankles then they are stretched out with pulleys, its looks worse than it is, it keeps them safe and they don't resist at all, they just lay there motionless. 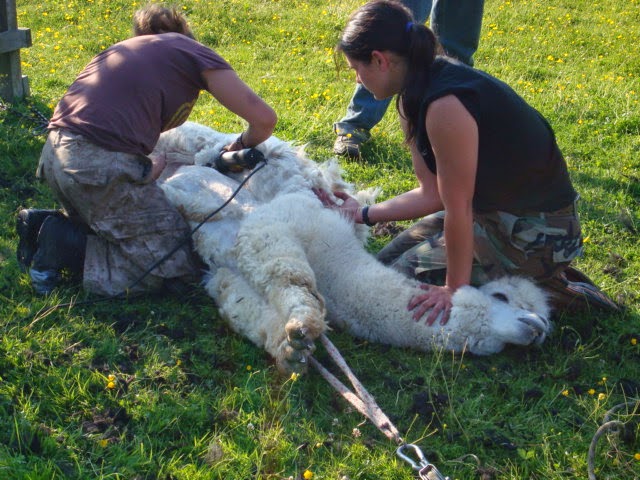 Then the shearing starts, I sure that is a look on contentment on his face. 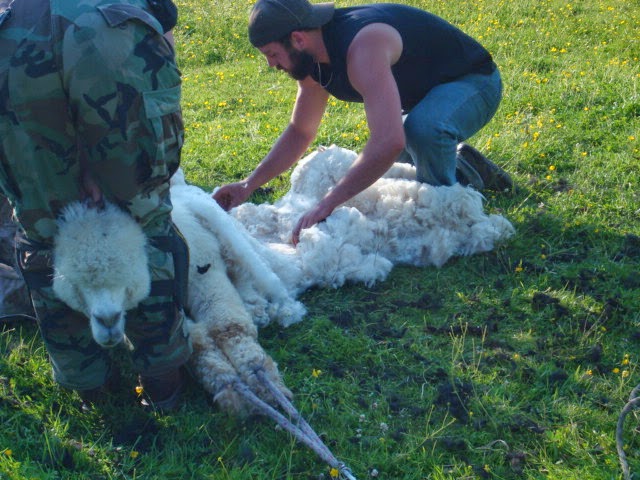 The fleece just rolls off, the barrel that is from around the middle comes off in one bit. 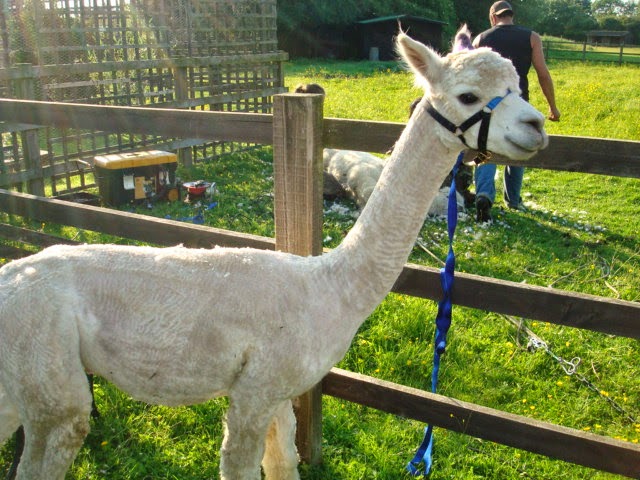 10 minuets later and he is all done 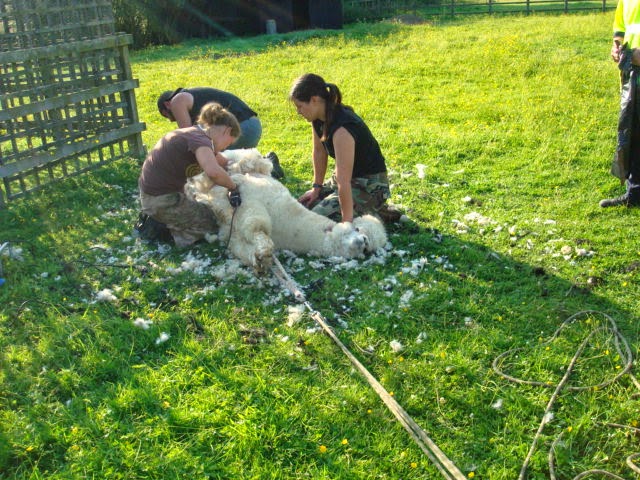 Then it was the turn of Odd Job 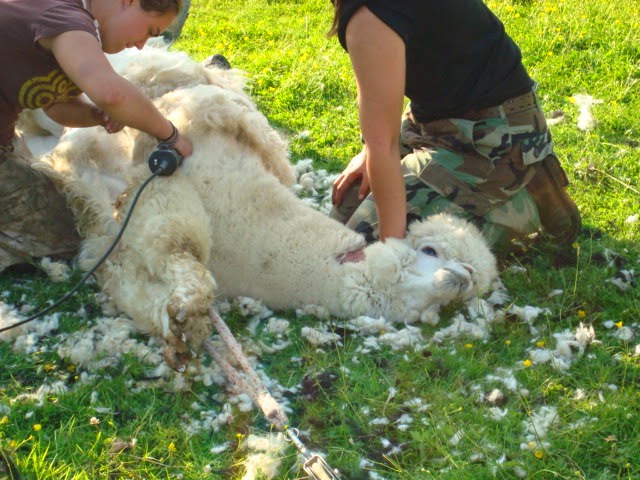 His fleece was even thicker 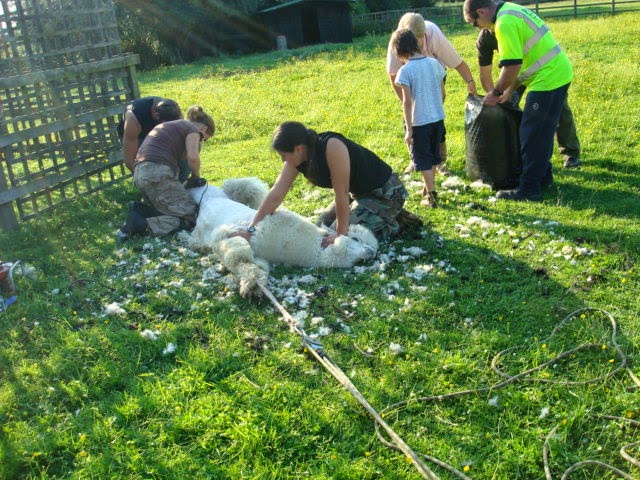 Again his fleece just rolled off in one bit 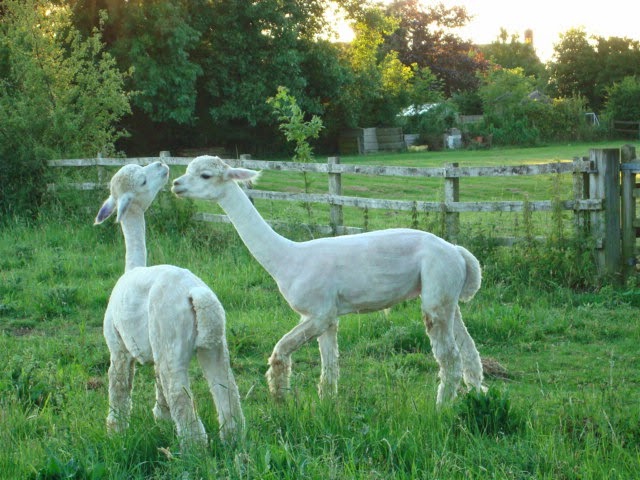 Back home afterwards there were rejoicing in there new looks.
The shearers were very professional and friendly, they gave the Alpacas a full check up and looked them all over for any injuries, they found a tick on Odd Job and dealt with that too.
The total cost was £50 for the pair excellent service.
I am looking forward to spinning there fleece but that will have to wait until after we are settled.
So now the boys are all ready for there move to Wales.