While washing the dishes and looking out of the window over the back garden, my thoughts were wandering, I have to start making in roads, I could see there was once a paving slab path through the garden. 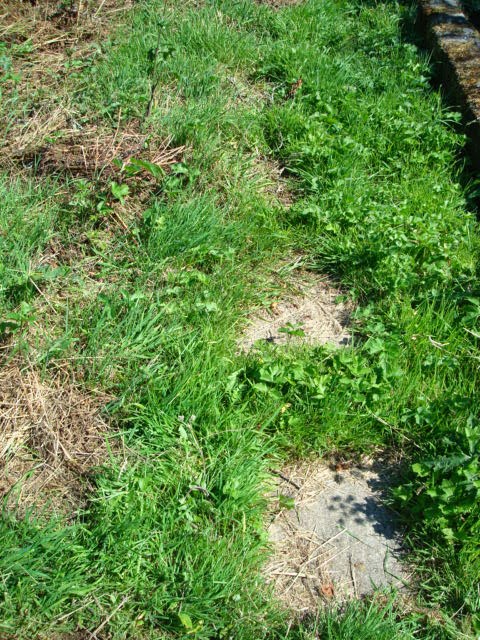 So armed with the lawn edgers I started, defining the slabs was satisfaction, its like magic suddenly there is a path under all the overgrowth 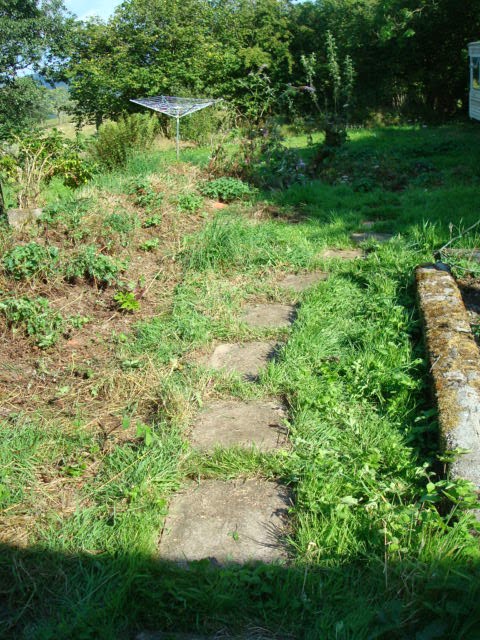 It takes you down the garden down 2 steps, to one side there is a part of a brick wall and the other side there is an embankment that would make a lovely rockery, I am thinking of an archway were the steps go down, and roses along the small brick wall.
Its a start but there is a lot to do.

I popped down to check the bee hives this afternoon, we wont be taking a harvest this year, with splitting hives and moving them I would rather they built up a strong colony. 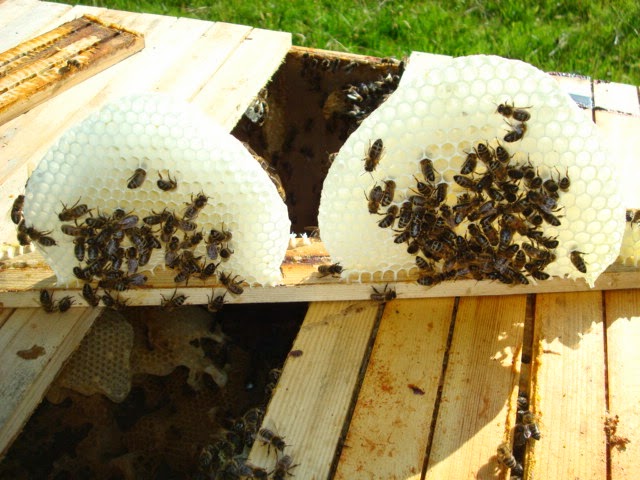 Here is some new comb being built in one of the top bars, I love seeing new comb being built its all so perfectly formed. Now they are settled in there new home and the split hives are going well I need to tidy the top bars, there is a lot of brace comb to sort out. Brace comb is were they build across between the combs, so if I am taking out the bars the comb breaks, they need to be encourage to form there comb straight. 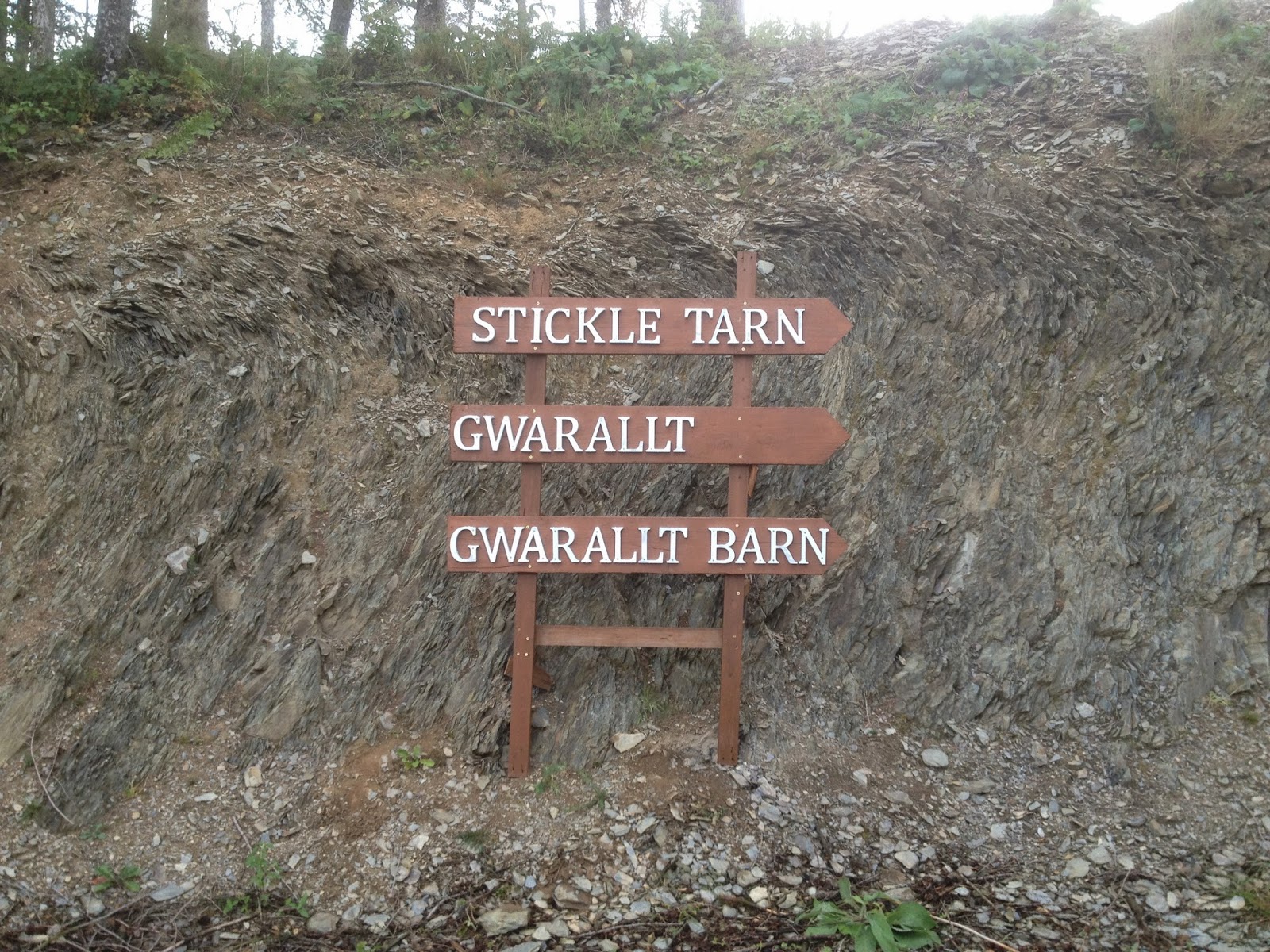 The drive way leads to our house and the two barns that are being converted, hubby made the sign, clever man, He used scaffold boards and wooden letters from my shop, he has made it to look like one of the forestry signs so it blends well with the area.
That's about it for today :-)