After harvesting some sneaky courgettes yesterday, too many for me to use up on my own I set about dehydrating them, 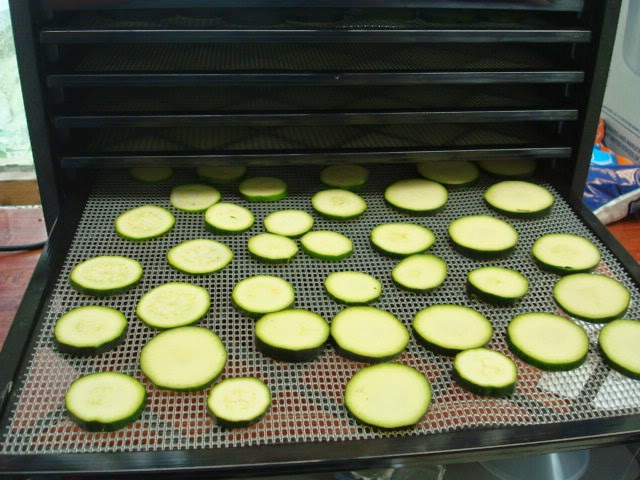 Three nice trays of courgettes, they will get used up in soups and stews after the courgette harvest has finished. There is still plenty coming on and there should be some nice ones ready for when hubby comes.
Again the courgettes were grown in containers, they haven't done to bad considering. We have had a few pickings off them.
I came across some backs of salted peanuts yesterday when emptying another box so whizzed up some peanut butter as I didn't have any left and i do enjoy peanut butter sandwiches. 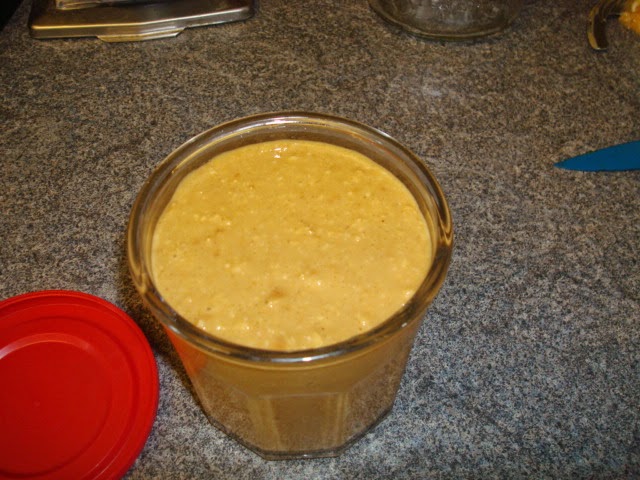 I got 2 jars from 500grms of peanuts, I just used the value ones, Peanut Butter is so easy to make and you can decide how crunchy you want it and what you want in it.
I pop the peanuts into the food processor, blitz them then add a little sunflower oil while it is still being blitzed up, if i want crunchy I take some of the nuts out before adding the oil, then add them after, I don't measure anything I just add small amounts of oil until I get the consistency I want, I also add a teaspoon of sugar.
It costs out about 90p for the two jars.
Very quick and easy to do.

The Pig Ark arrived today, what a carry on that was.
It was delivered today, by a very grumpy unhelpful driver

Firstly he doubted me at having access with his seven and half ton lorry, this conversation was at the end of the drive, I explained its the same size as the lorry we moved with and there is plenty of turning room for it.
I suggested he walks down the drive to see for himself but a few moments after he set off he decided he would chance it as it was too far to walk ( very large drivers in humid weather don't like to exert themselves)
Eventually he drove down the drive turned his lorry and proceeded to back up towards my car to unload, I stopped him and explained he couldn't unload there as my car would be blocked in, I asked him to unload in the area he turned so it was out of the way.
Mr grumpy moved his lorry again and back up all of 2 feet into the area.
So unloading began, his lift trolley thingy wouldn't reach far enough under the pallet and I could see it was not going to fit onto the tail lift, he asked if I had a fork lift , I bit my tongue and politely replied no but lets just cut the straps and unload it ourselves.
He then asked if there was a man about who could help  I smiled sweetly and said I am home alone I am sure I can manage. I produced my new pocket knife and he cut the straps, I then helped him unload all the pallet, It was stacked at the side of the drive, more awkward than heavy. 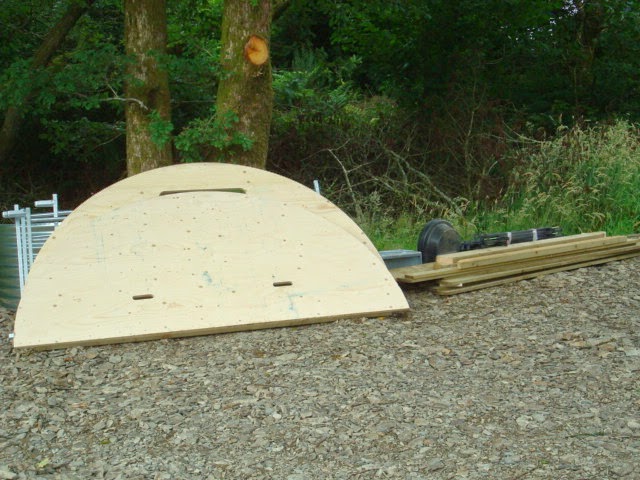 Now I have the job of getting it into the field out of the way, if he had unloaded were I wanted, it would have been fine out of the way. Mr Grumpy who is not employed by the company I bought it from is now on his way home for an evening playing darts down the pub.
The day ended lovely I cooked myself mince and potatoes, one of my favourite meals there is enough left over for dinner tomorrow  and then any left after that will go in the freezer for another meal some-time.
The predicted storms and torrential rain didn't arrive, it has been another hot muggy day, with occasional  burst of sunshine.
I am now settling down for a peaceful evening with the pig book that came with the Ark.
A Guide to Traditional Pig Keeping by Carol Harris
Posted by Dawn at 10:13:00