Not such much water as water pipes, in order to move on with plans for the back garden I needed to sort out the maze of water pipes, they would pop up from the ground coil round then go back down again, these pipes all feed water to different water troughs in the field, some were no longer in use, I needed them above ground so I could lay the weed membrane, as at some point the water pipes will be gone and we will have a couple of standpipes instead, 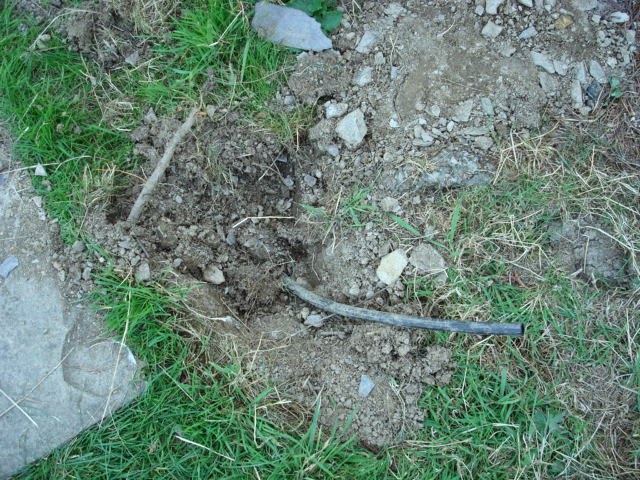 Up there and across 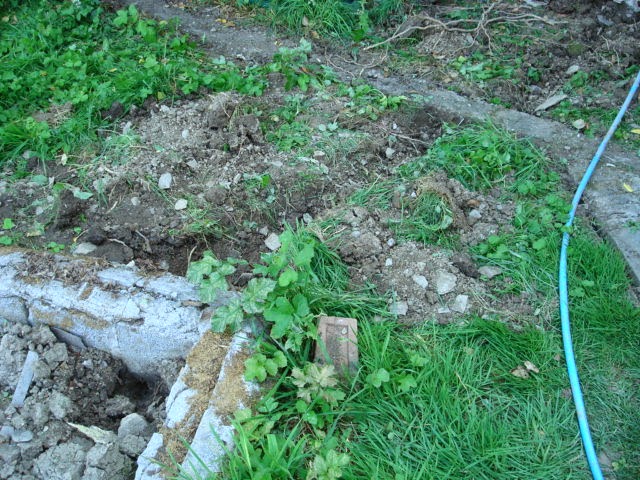 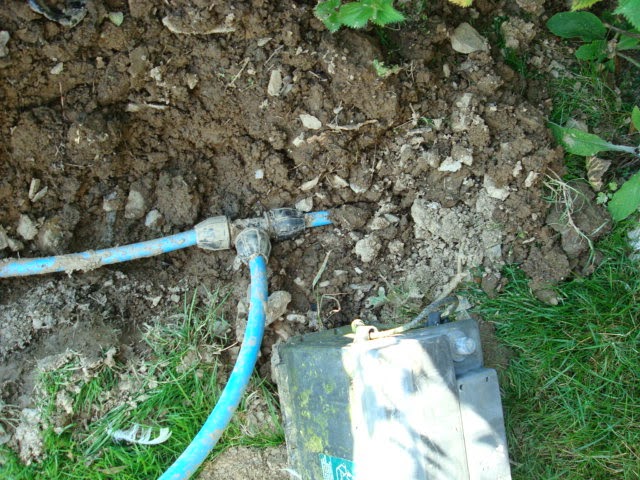 It ended up here in the field, I have found were one leads to but no the other, at various times connections were coming apart and I was getting soaked, not bad really as it has been such a hot day.
I now have a water feed going up to the greenhouse and tunnel, I have cut pipes and re-connected dug ditches to find pipes, so tomorrow I hope to make headway into getting something done.
I had to enclose Odd Job this afternoon and with the help of K we managed to purple spray him, he had rubbed his sore open and was being troubled by flies 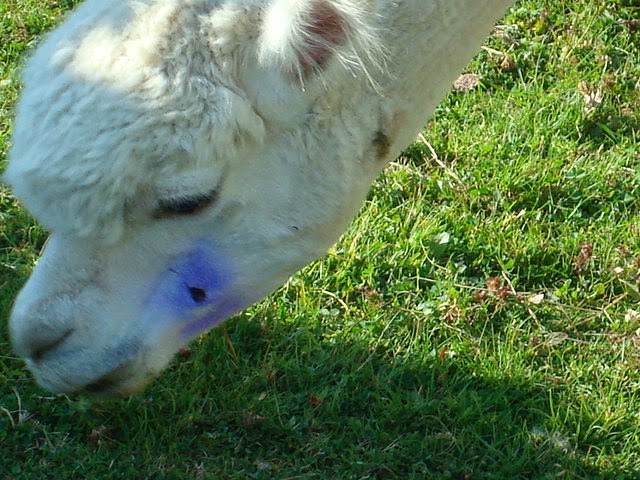 It doesn't seem to bother him at all 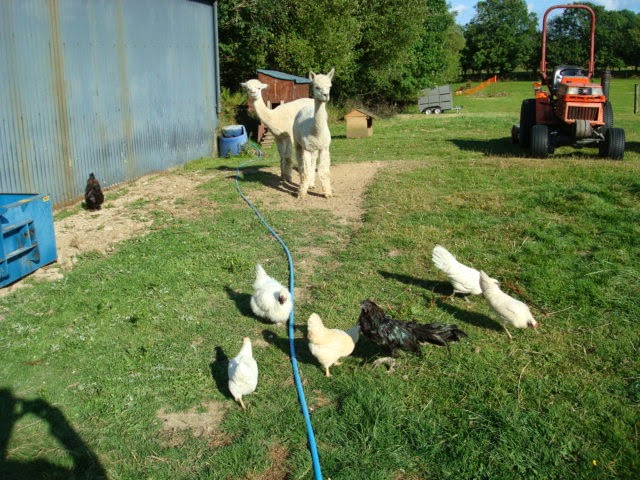 The two boys are happy supervising the chickens making sure they behave.
Here is a cheeky little face peeping over his nest 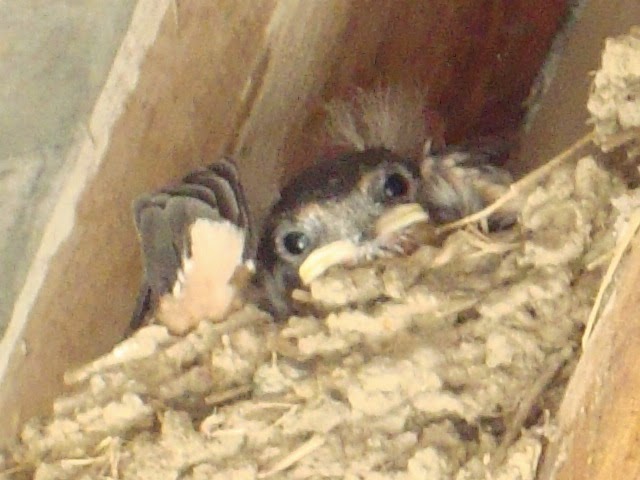 Our young swallows in the porch are coming on great I think there is 4 in the nest.
I made this short film yesterday while having a cuppa, its the view across the drive
I must now hit the shower try and get rid of the purple spray that ended up down my arms have dinner and catch up with what everyone else has been up to :-)