Catch Up on The Week (photo overload)

Its been a strange week, having visitors has thrown my week out, I seem to have lost a few days.
I started today baking 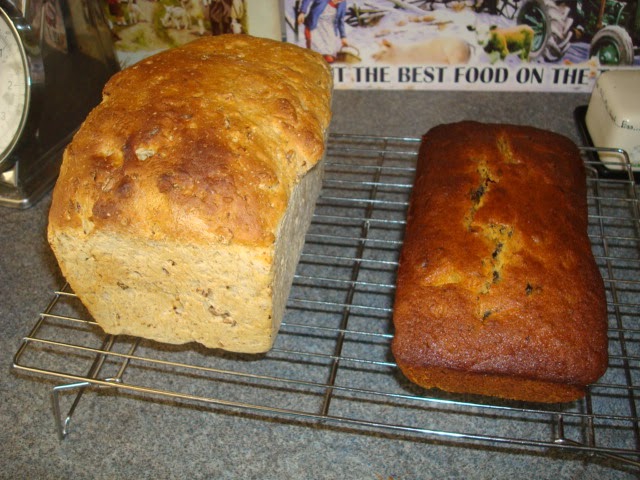 A granary loaf and a mincemeat slice cake.
Lunch was 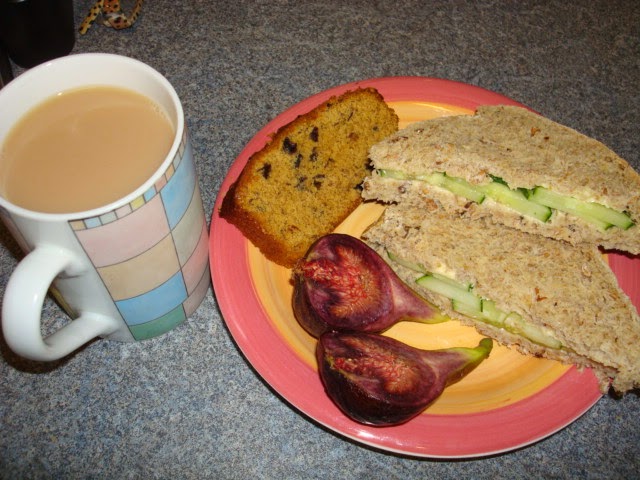 Cucumber sandwich, slice of cake and the last of this years figs.
I picked a couple of cucumbers this morning, considering I was late getting the cucumber going and only ended up with one plant in a container that got moved, bashed, neglected and left outside until the tunnel was up it has done very well I have had 6 cucumbers off it and there is another 3 coming on.
Delivery today of another 2 tons of gravel for the herb garden and 1 ton of a smaller 10mm gravel for the greenhouse and tunnel.
I have got the tunnel done 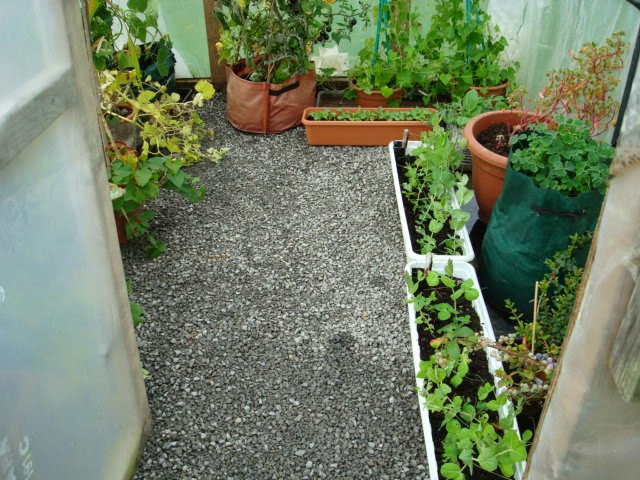 It now looks nice and tidy in there
The tunnel is only 9ft by 6ft but its surprising how much you can get in there,
this is what is in there at the moment 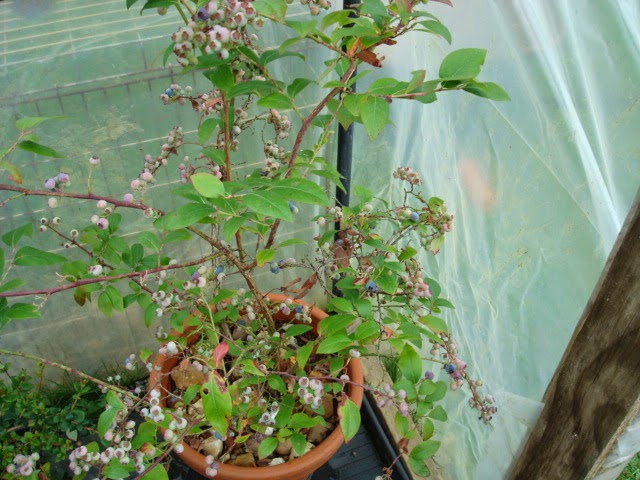 A late season Blueberry, the fruit is just starting to ripen, the others are now finished so they have been moved outside, so far I have had 4lb of blueberries. 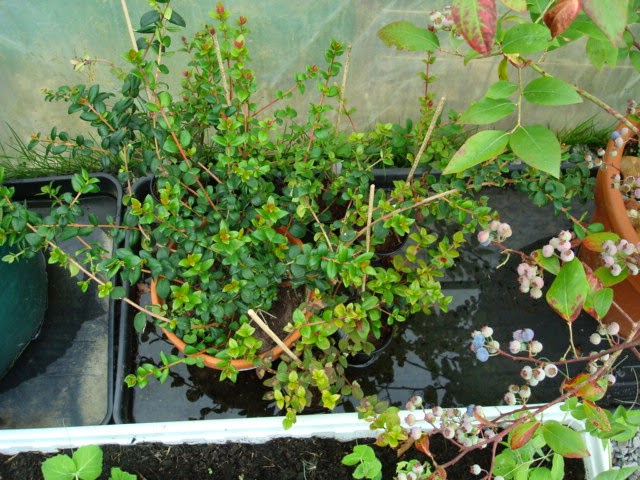 Guavas there is one large plant and 6 smaller ones waiting to be potted up. 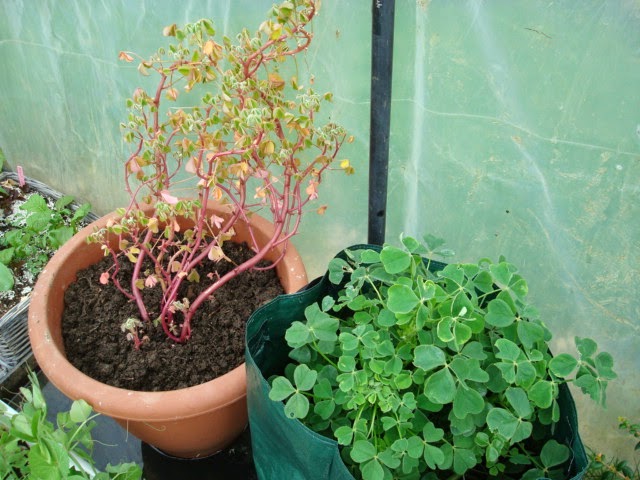 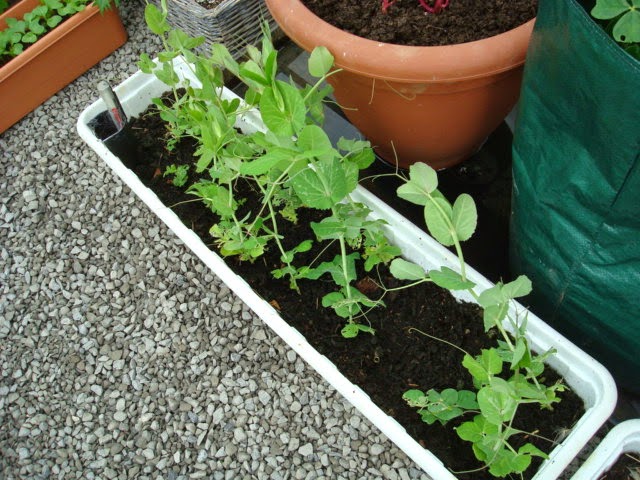 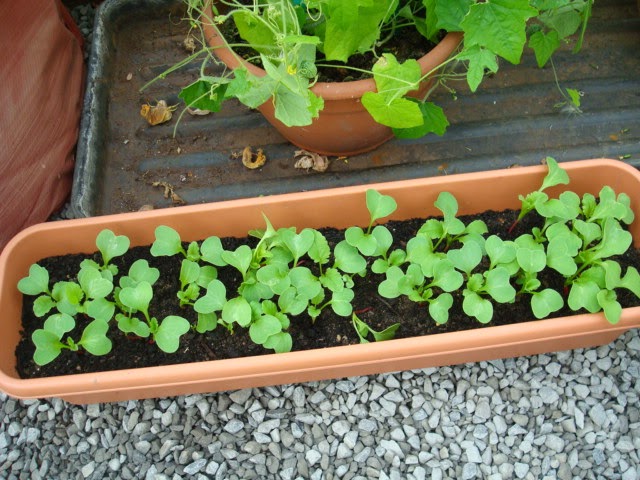 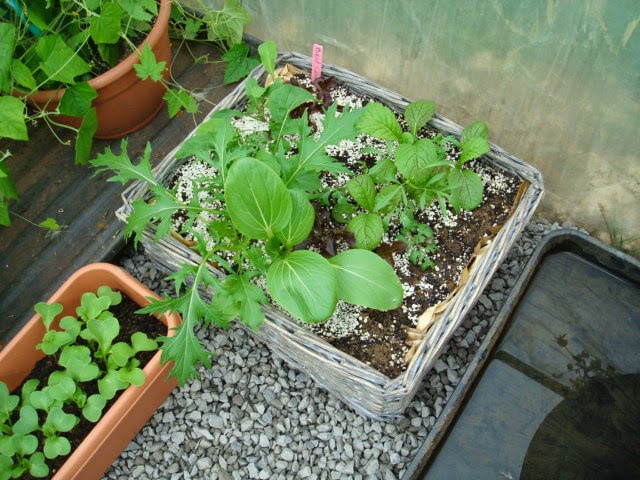 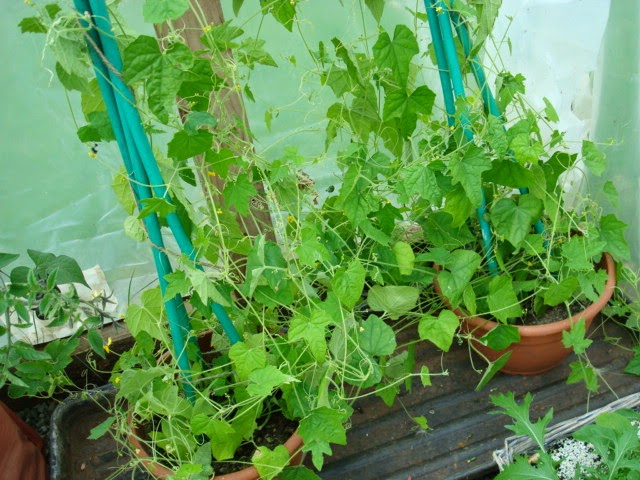 Cucamelons another late starter but I am now harvesting them 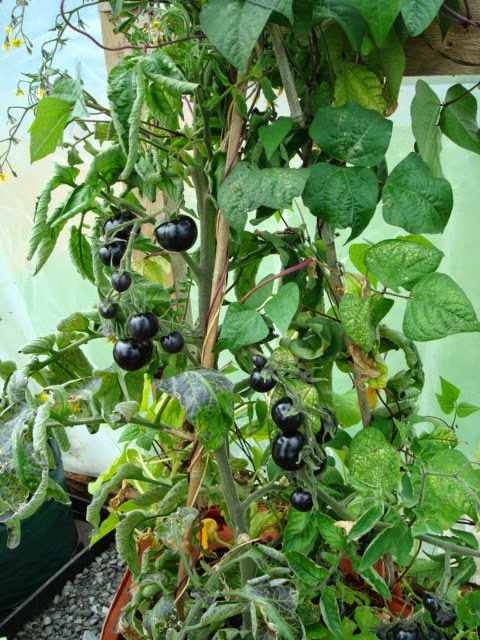 This is a mixed container, Black Tomatoes and Purple French Beans 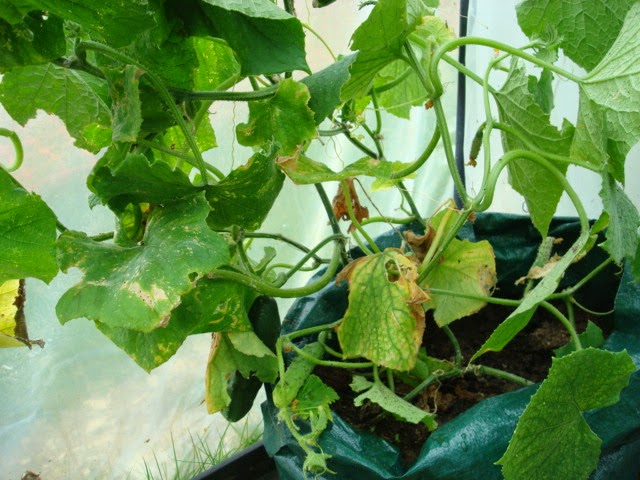 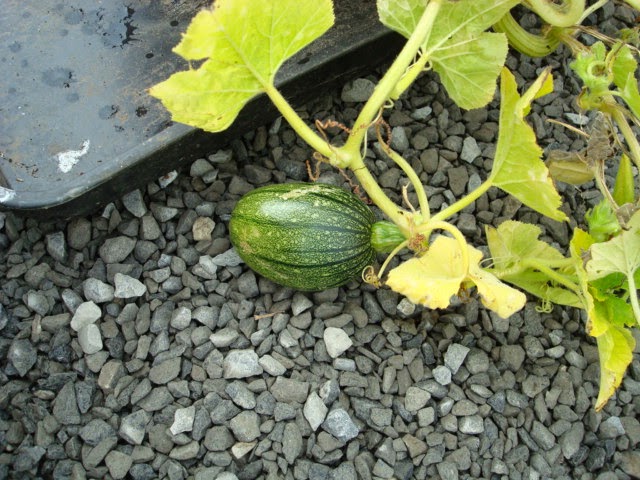 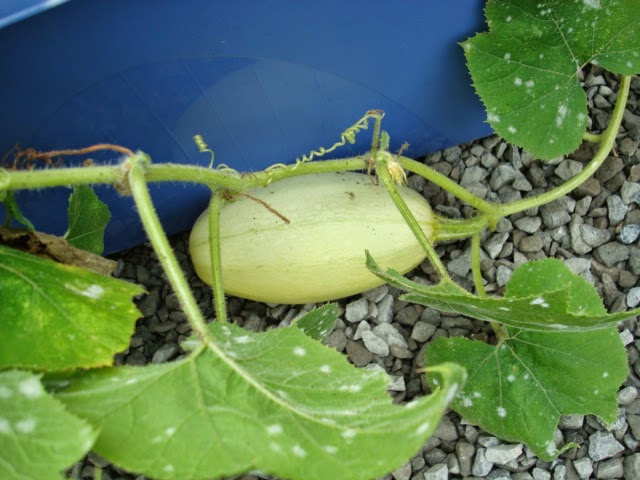 The squashes have also been brought in to feed up 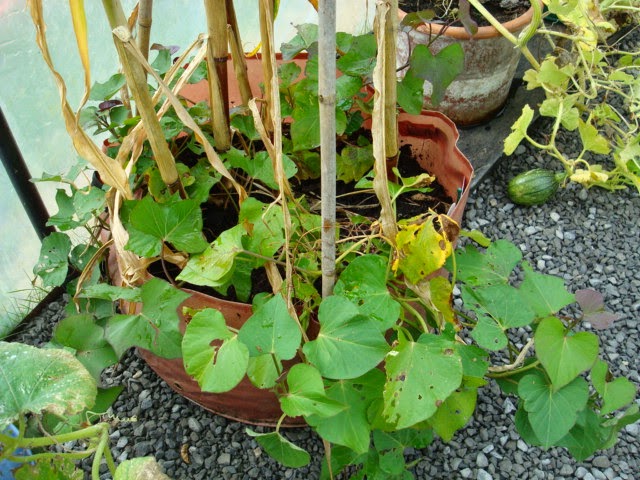 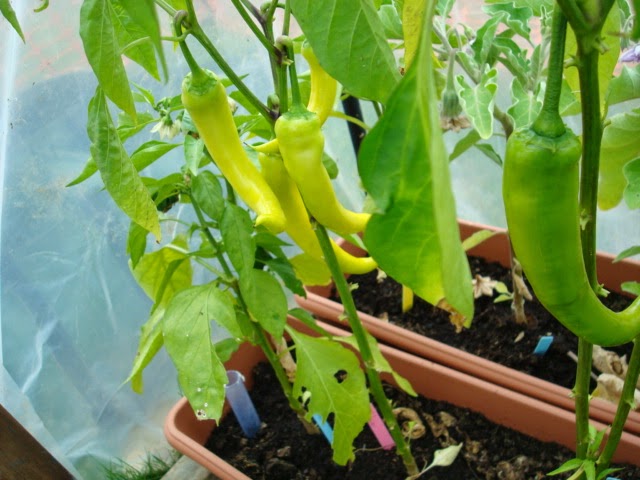 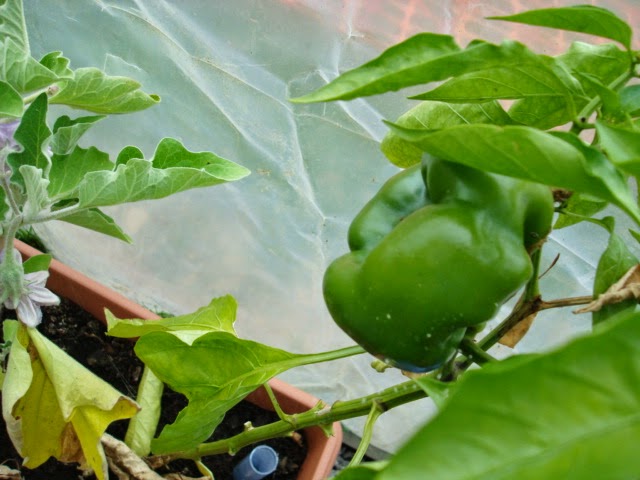 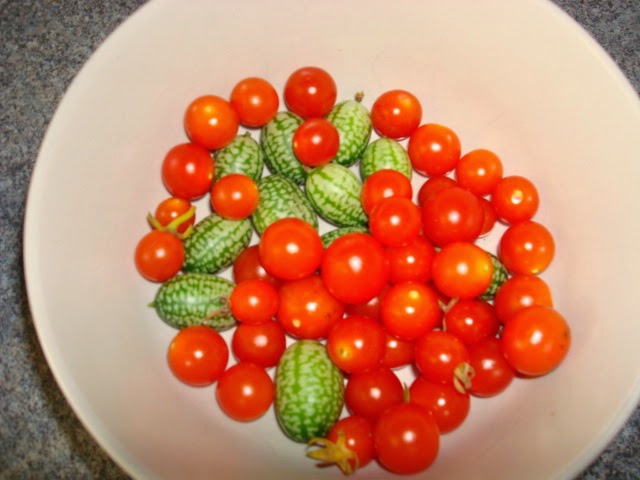 Sorry for the photo overload, tomorrow I hope to get the greenhouse gravelled, I have just seen on the weather that we may even get a ground frost this week end, I am glad that I have most things under cover now, the seasons are defiantly moving on.
I do feel that the garden side of things is starting to shape up now, still a long way to go.
Posted by Dawn at 11:05:00