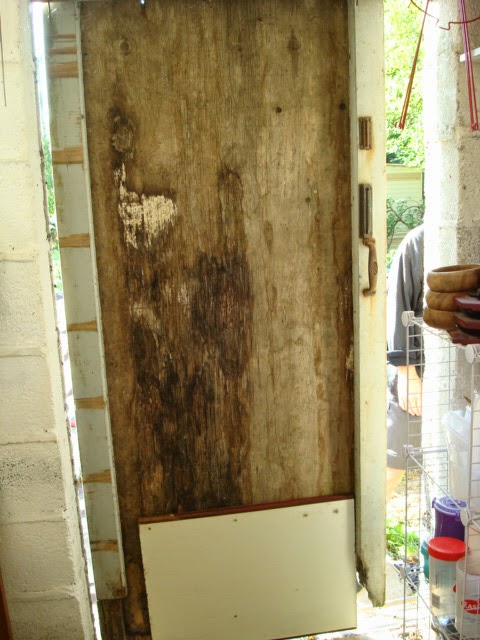 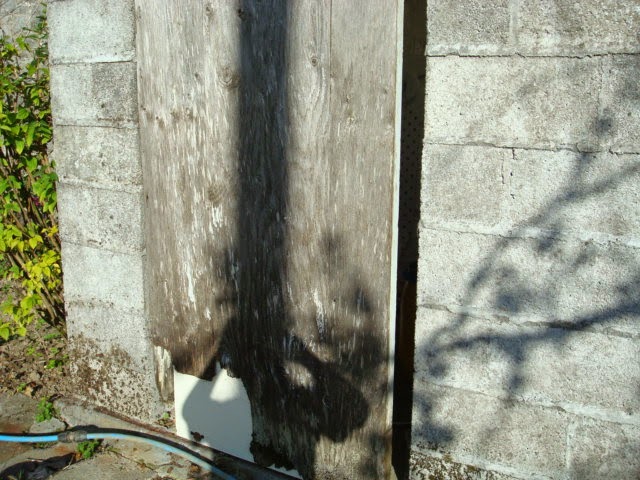 Outside view
It was an old rickety sliding door and the bottom had rotted away and left a big hole open to the elements, first day, hubby found a piece of wood to cover the hole, at some point we want to refurbish the utility room new roof and windows and I would like a nice wooden stable door, but in the meantime hubby has picked up a door off ebay and fitted it this morning. 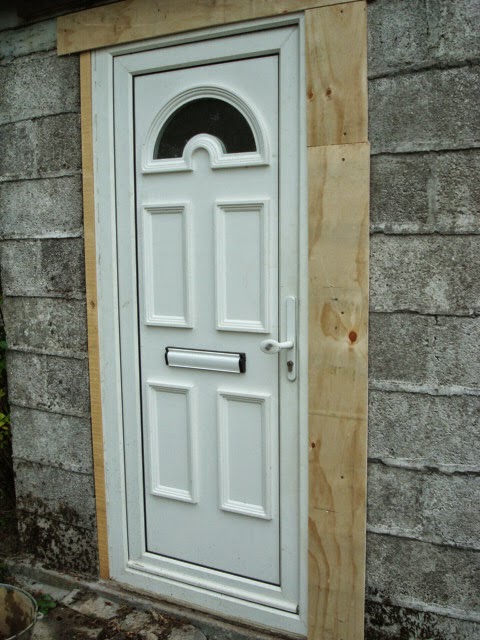 Yes it may be a front door but it serves a better purpose that the bit of rotten wood that was there, at least we are bit more weather proof on the back of the house.
The other week when I was watering stuff I went to use the water that was in the water barrel, looked inside and thought I saw a big snail sitting over the water outlet, it was dusk and the water level was low, the critter then moved and I realised it wasn't a snail but this little fella 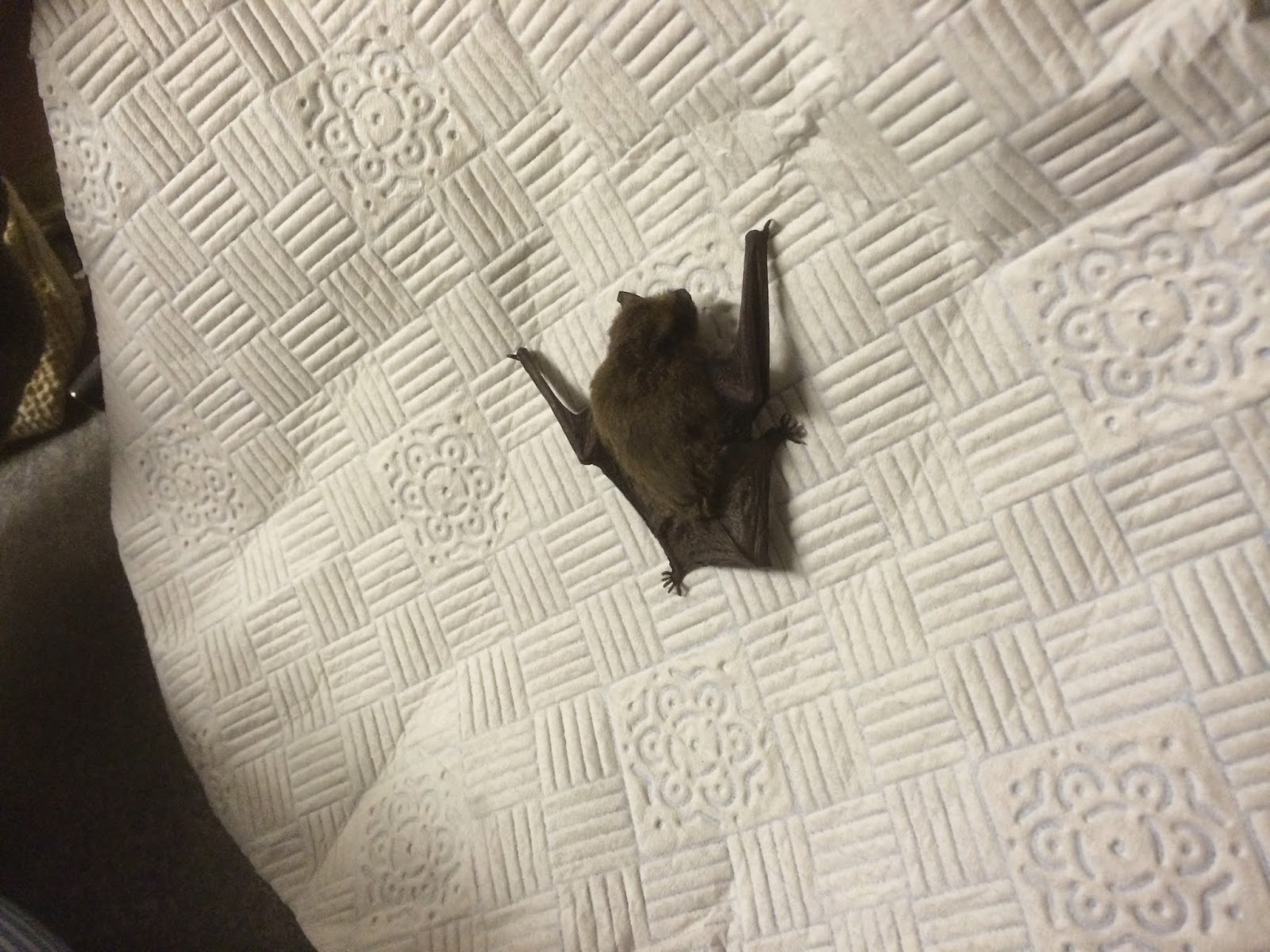 I tipped the barrel on its side crawled inside and gathered him up, he was very wet, I took him indoors to dry off and when he recovered from his ordeal we took him outside so he could be on his way 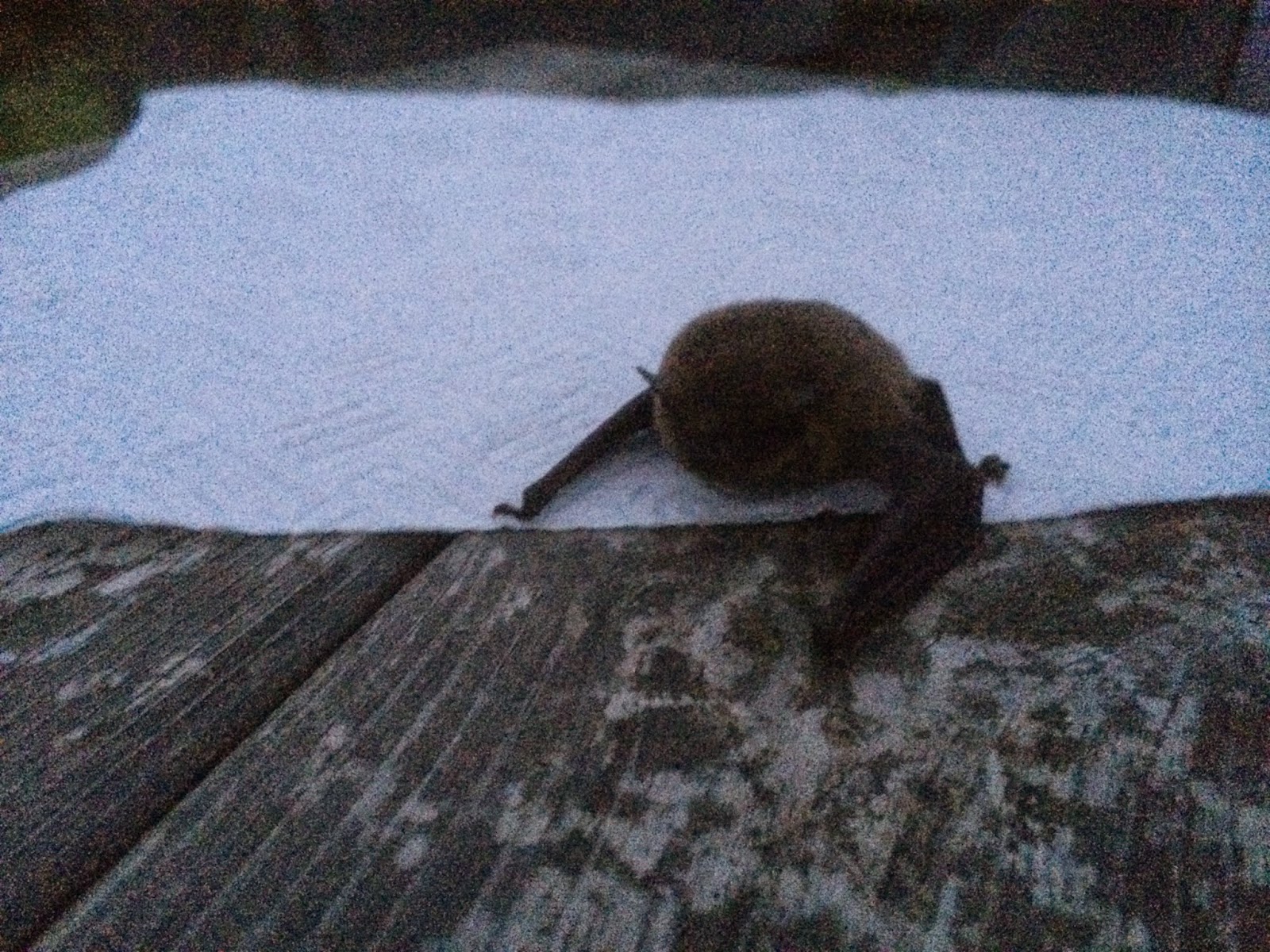 click on the pictures to get a better view, he took off did a couple of circuits and went on his way.
Yesterday when I was checking e-mails in the living room, I caught movement in the corner of my eye my initial thought was mouse !!! I could see something dark and small moving slowly along the skirting board, upon investigation it wasn't a mouse not furry at all 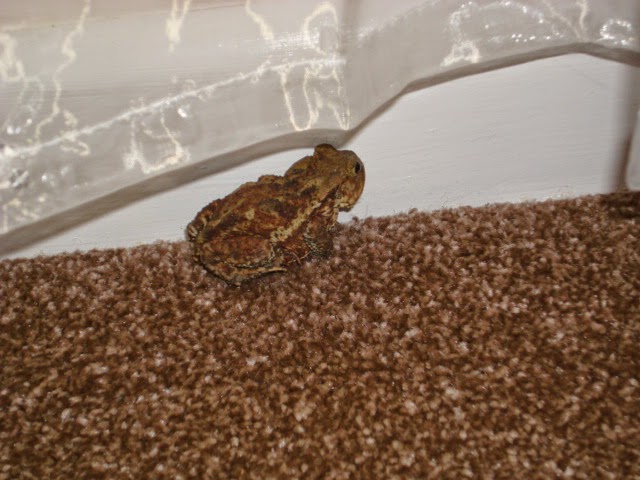 He blended in well with the carpet 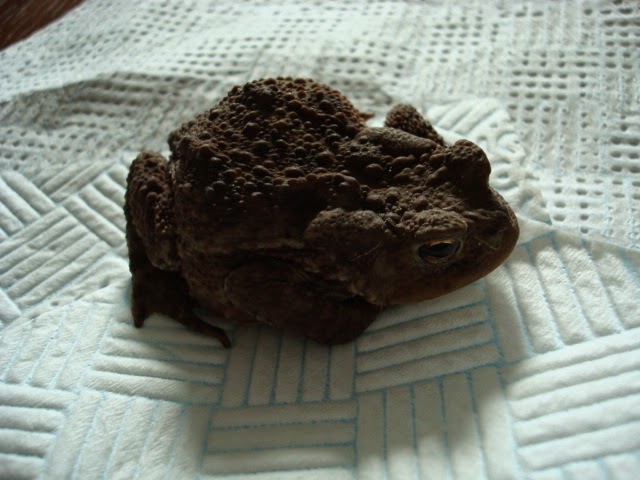 A warty toad, now what was he doing in the living room. He was put back outside were he belongs.
I did also rescue a fledged swallow yesterday, no pictures of that one, I have had young fledged swallows flying in the house all week, its usually a case of open the windows and they soon head out again, but yesterdays one got into bother he flew straight into a sticky fly trap, his wings were stuck either side, I gently managed to prise him off it losing a couple of feathers on the way, but his wings were all stuck up and messy and he wasn't able to fly, I handed him over to K and her son they washed him and put him put to dry in a safe place, when we checked a few hours he was gone so we assume he took flight again, I have now taken down the sticky fly traps don't want to be rescuing any more young birds.

Email ThisBlogThis!Share to TwitterShare to FacebookShare to Pinterest
Labels: wildlife