Making It Hot and Safe

Last Saturday we had the chimney sweep out in preparation for winter, first up was the Rayburn 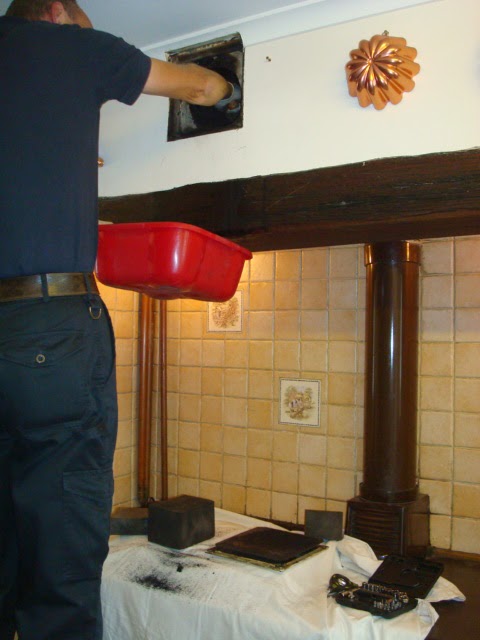 It took him an hour, he was a very helpful chimney sweep and told me a few things I could do to maintain the flu and prevent big build ups of soot and tar, he had been to this house before after they had a carbon monoxide problem and were all taken to hospital, the fire brigade condemned the Rayburn until they had a sweep out, it hadn't been done for 6 years and the flu was solid with tar, it took him 5 hours to clear it. and he took away 8 sacks of soot and tar. He then went on to do the log burner, he couldn't access it before on his previous visit, its just as well we hadn't tried lighting it the chimney was packed solid with soot an hour later he had it clear. He pointed out that the cowl on top of the Rayburn chimney is the wrong one and it should be a basket so we need to get it changed.
The Rayburn worked brilliantly after he left. £95 well spent.

Today I had the Rayburn engineer out, the parts that were needed had now arrived, so he came back to do a complete service and fit the parts 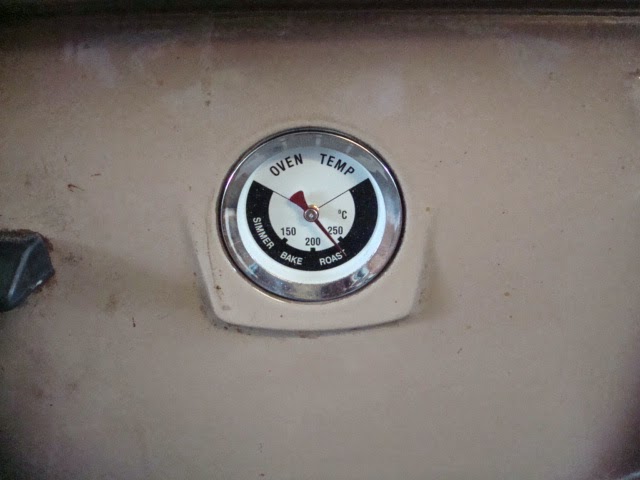 First up was a new thermostat on the oven door, the old one was so gunged up you couldn't read it,
next was the firebricks 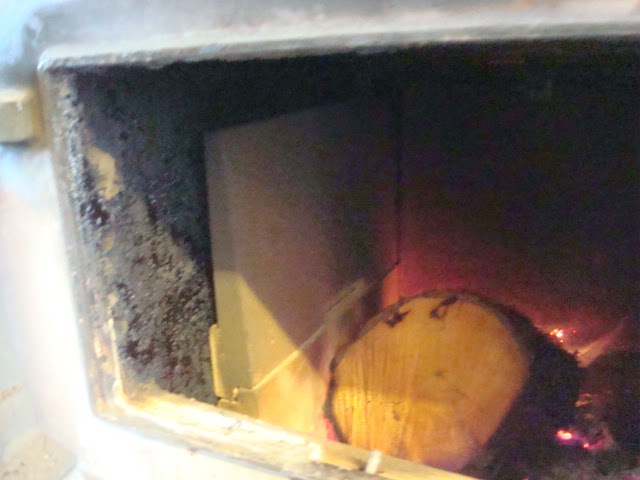 The firebricks were completely missing from the Rayburn, hence we had issues with the water overheating in the boiler, there was 7 fire bricks to put in.
He then lifted off the hotplate (it was cold I let the Rayburn go out yesterday) gave it all a good clean out and again showed me so maintenance I could do to keep it running efficiently. He replace all the old fire rope as well and replace some old fire cement. She now works like a dream today's total bill £380

It may seem a lot but no were near what it would cost to replace the Rayburn,
if it is not serviced regularly it will develop problems and it could be a hefty bill.
A lot of the cost is down to neglect by previous owners.
I spoke with the previous owners and they never had it serviced  didn't realise it had to be serviced.
It does say to have it serviced annually in the manual they left for me I can only suppose they never read it.

Now she is burning better she doesn't need re-fuelling so often, the Rayburn and log burner are now ready to provide us with heat and hot water through winter and they are both safe to use.
We just need to build up that fuel store.