There is still no sign of the tortoise, I have resigned myself to the fact he is not now coming back, I have taken down the enclosure and put his house away.
Friday was a busy day, the Log Cabin arrived at 8-30, it has been unloaded from the lorry and is sitting in the field waiting to be put together, there is a lot of bits there, the old static caravan that was at the end of the garden has been dismantled and hubby cut up all the metal, had it stacked ready for the scrap man to take away, he turned up mid morning we got £40 for the scrap so that has gone into the pot. 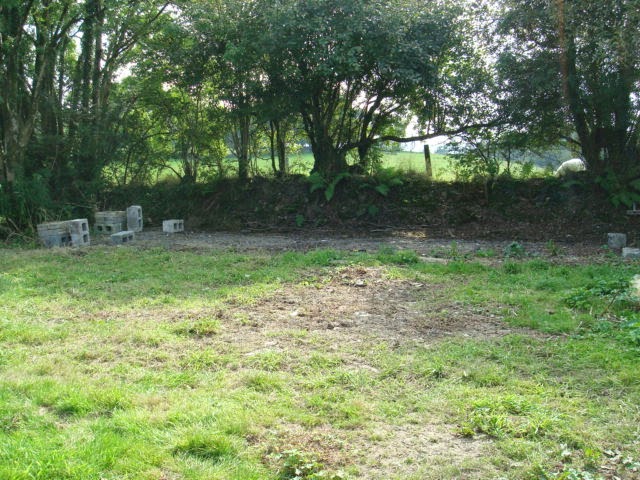 This is the space left by the caravan, hubby has spent most of the week end putting together the base for the log cabin. 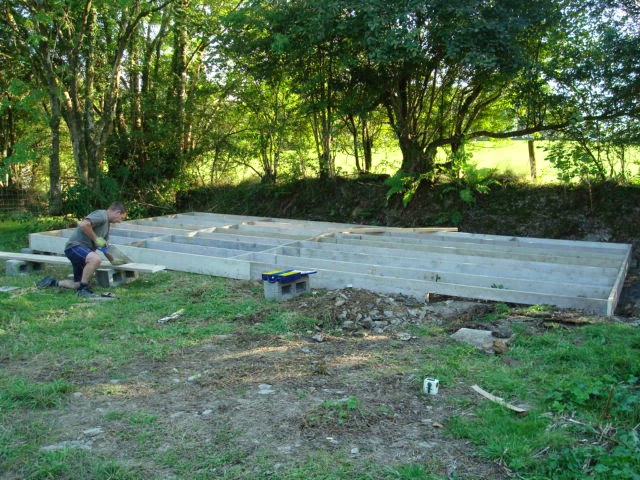 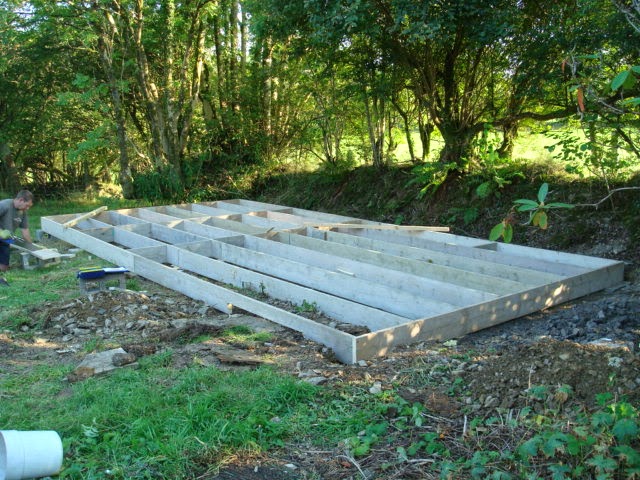 It is a lovely size, we ordered extra windows so I can look out on the view down the valley 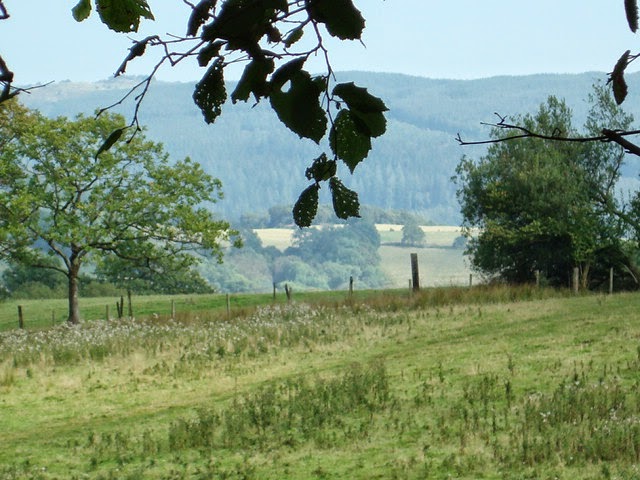 This is one of the views I will have from my work room.
Back to Friday, early afternoon saw the arrival of my big sister and her husband who were spending a couple of days with us before heading home after the holiday in N Wales.
It was great spending time with them and showing them around,
Friday afternoon we also had a fencer come along to give us a quote for the panelled boundary fence we want put up, it has to be about 90m long and sturdy enough to cope with the wild winds of winter.
Friday night we went out for a meal with our visitors and met the landlord who is opening a pub in our village very soon.
Saturday we started the day by moving the pig ark and giving the pigs some fresh ground, this has now freed up some of the turned over ground for me to start working on.
The part of ground I will be working on will becoming the soft fruit garden and be enclosed in a fruit cage.
While hubby and BIL got to work on the base of the cabin, I got to spend some rare time with my sister we collected a basket of nuts for the pigs 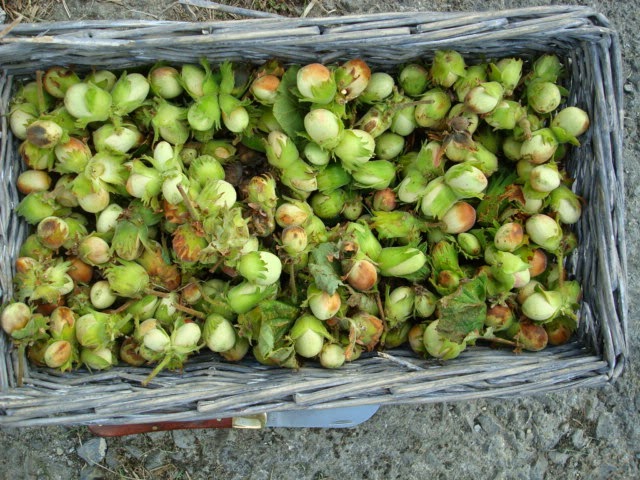 We spent  a lot of time catch up and chatting, something we don't really get a chance to do.
Sunday morning my BIL had the chance to walk Nik Nak up the drive, Odd Job didn't want to play so he ended up staying behind, he wasn't happy and spent the time calling for his brother. BIL was thrilled that he got to walk an Alpaca before they went home.
They set off in the morning for there long journey home we then got some sad news, the young grandson of our neighbour who is converting the barn came over and told me that M there Labradoodle had died during the night, I popped over to see them and found out she had a heart attack, M hadn't been well for the past week, she was a lovely dog and lived in this house until we moved in, she use to pop over with her little friend Cassey the Jack Russel and say good morning, the two dogs would sit on our door step in the sun,
Hubby offered to help make a coffin for M while he was doing that I took the young lad (he is 6) to pick a big bunch of wild flowers, we walked the fields collected flowers from all the places that M liked to visit then tied them up with a big ribbon, he was delighted with the flowers so was his Gran and they were laid on top of M's coffin she is to be cremated tomorrow. For such a young lad he was very accepting of the dogs departure, later on this afternoon he fetched me back to show the big wooden M he helped  his mum make that is nailed to the lid, he the proceeded to use the coffin as a table top as he ate his plate of orange segments. little Cassey was happy to sit beside the coffin that is now sitting in the barn, it looks very nice with its bunch of wild flowers and a big letter M on the lid.
That is were my today's blog is going to end rest in peace M and I hope you find lots to chase in doggy heaven.
Posted by Dawn at 12:38:00