The day started with a friend dropping off a pile of logs, all seasoned and split ready to use 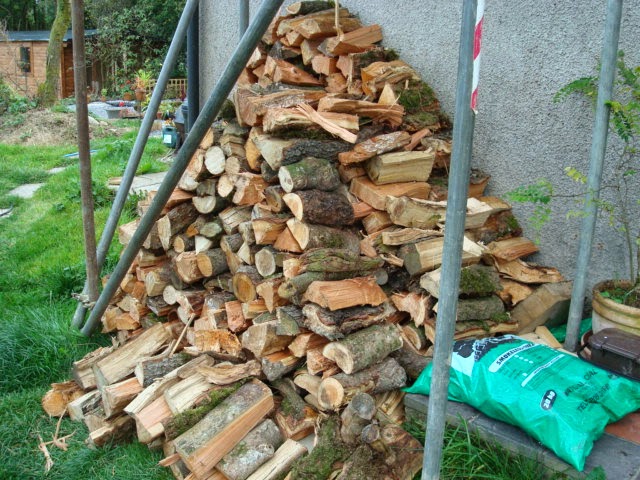 At the moment all stacked by the back door until will get a log store built, they will keep us going for a while. we have a another stack of seasoned unsplit logs being built in the barn, our neighbour young C has been collecting them with the quad bike and trailer with her little boy, we wont be short this winter, it has taken a bit of pressure of hubby now he doesn't have to spend time at the week end logging and can concentrate on other jobs he wants to get done.
Today he has been working inside the cabin putting on the trim, window catches and door locks 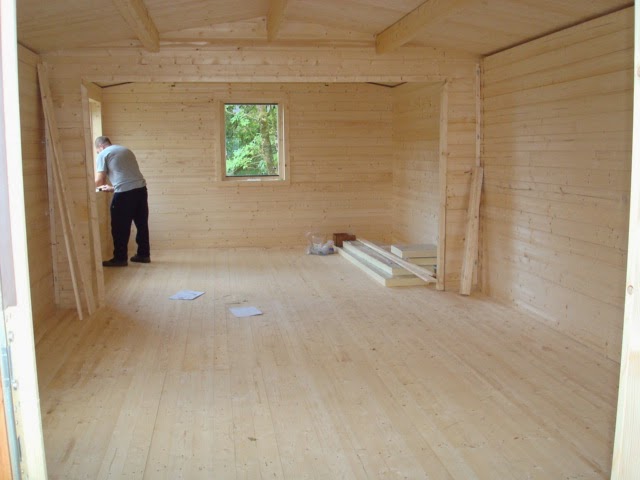 Tomorrow the electrics go in then I can make a start moving in my stuff. Hubby is going to help me move a couple of the big units in tomorrow evening before he goes back.
Thanks to Kev from an English Homestead he mentioned a book a few days 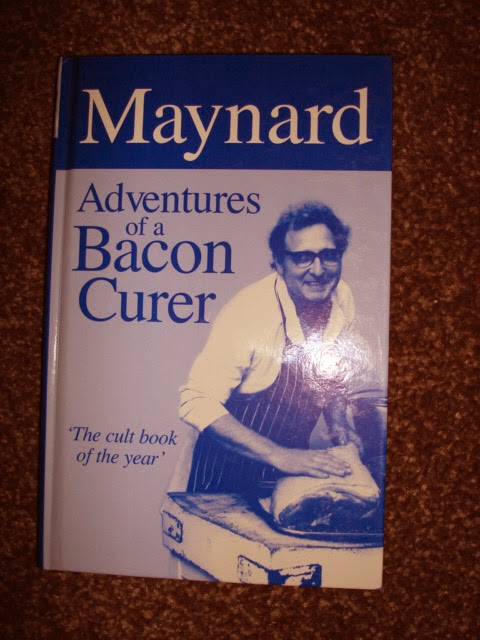 I found it on Amazon what a brilliant read, I had kept it until bedtime to read, very witty and down to earth, Maynard writes in the same manner he talks, having made it through to adult hood unable to read and write as dyslexia was not recognised in his day, he became a master at his craft, throughout the book he gives various recipes for different cures, I am delighted to find there is a sequel to the book and now waiting for it to arrive.
I am finishing off today with this rose 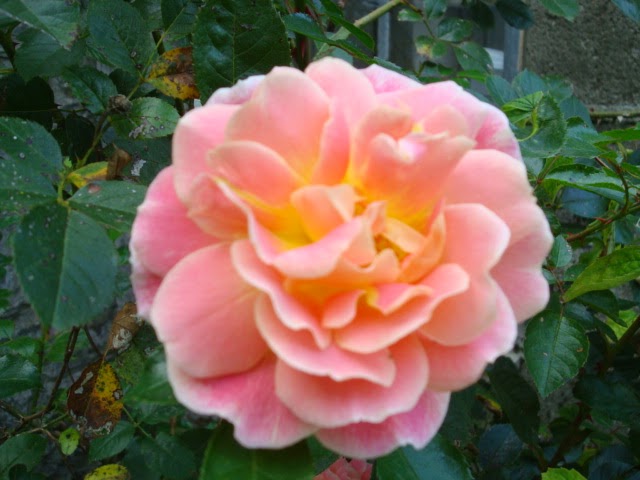 The bush is outside the living room window it was fairly neglected and just a straggly twig when we moved in, it is in the little flower bed that was the first bit I tackled in the garden, it was all weeded and manured with Alpaca poo, the little twig blossomed and now has about 12 part open buds and three fully open and it smells divine.