Yesterday saw hubby finishing off the shingles on the cabin roof 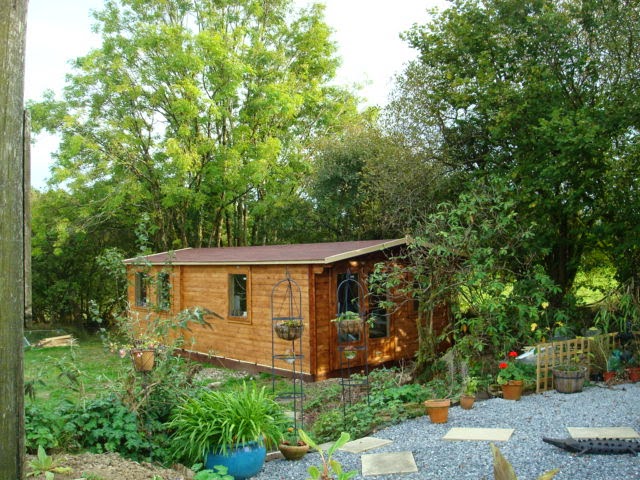 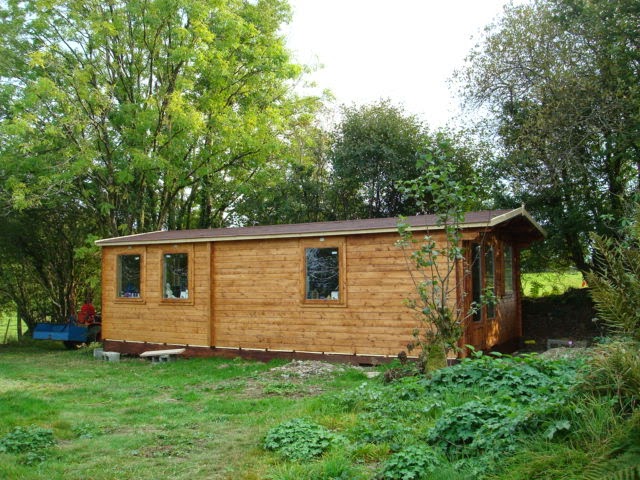 I now have the roof edging to paint, just when I thought all the painting was finished.

Lambert has been relegated to the small field 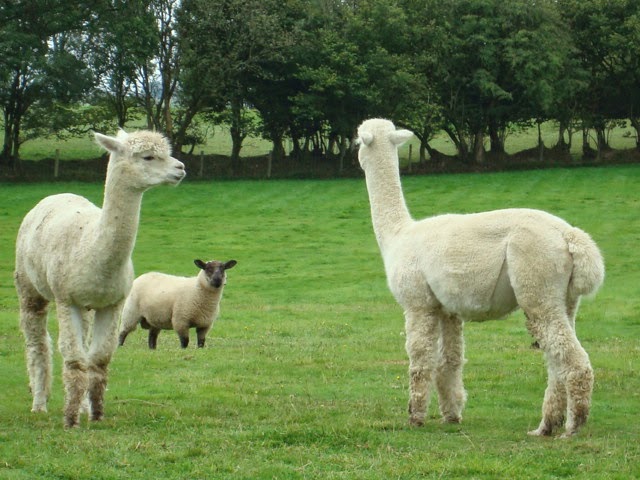 He became a bit of an accident waiting to happen, he took to head butting the chicken feeder and the chickens water dispenser, using them like punch bags, I ended up having to fasten boards around them so he couldn't get into them but the chickens could.
He then changed his attention to the greenhouse and poly tunnel, I caught him in the greenhouse, he had got through the barrier so drastic action was needed and he was moved into solitary.
He has plenty of trees to head butt and he still has contact with other animals along the adjoing fence.


The other week the neighbours dome barn that adjoined ours was on the move. 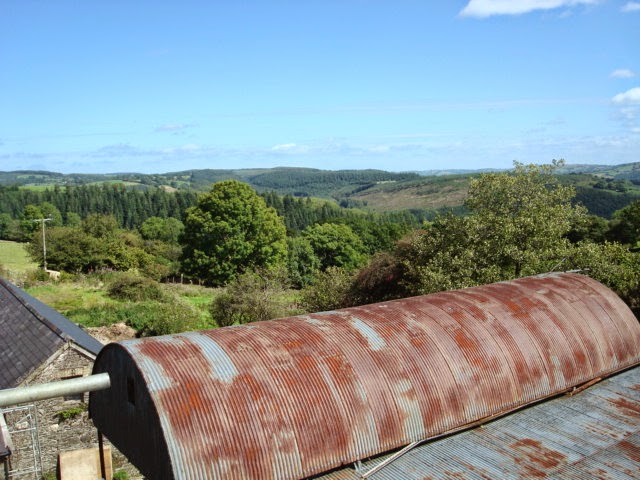 This is the barn in question 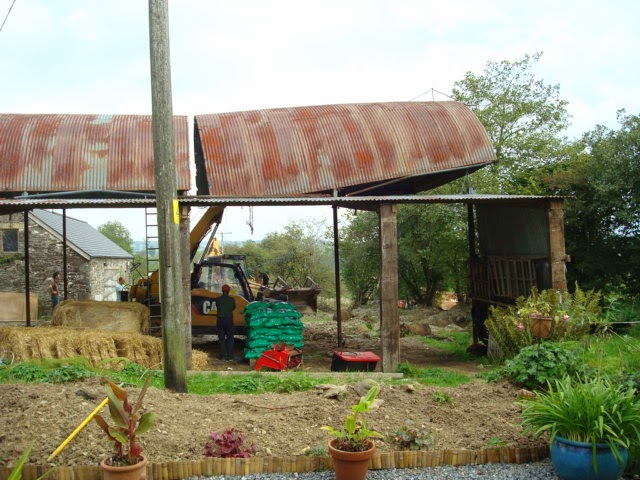 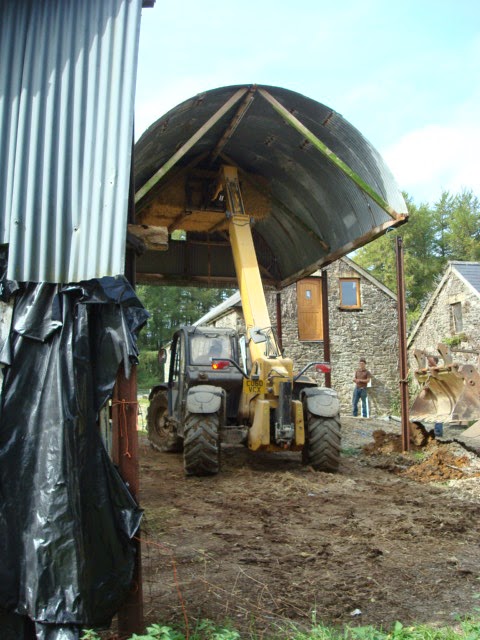 The Bob Cat was moved underneath 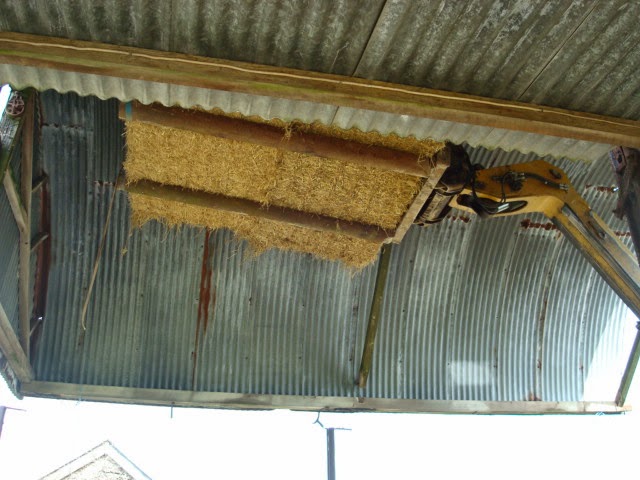 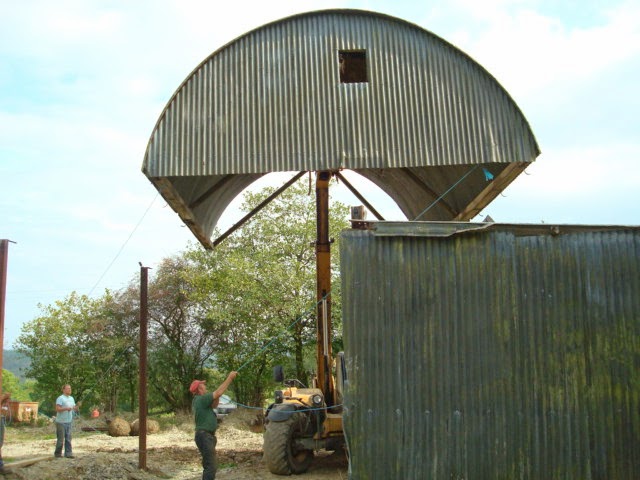 with everyone holding a guide rope its slowly moved away 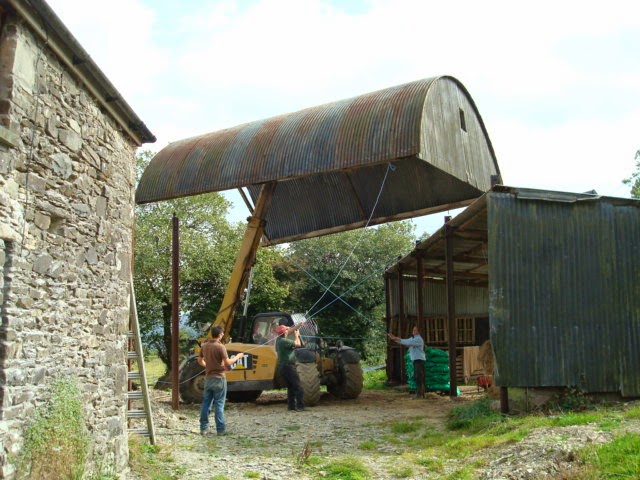 They were working in a very tight space 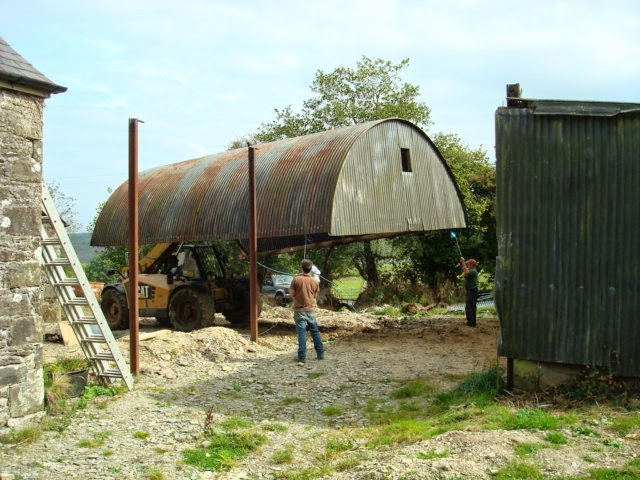 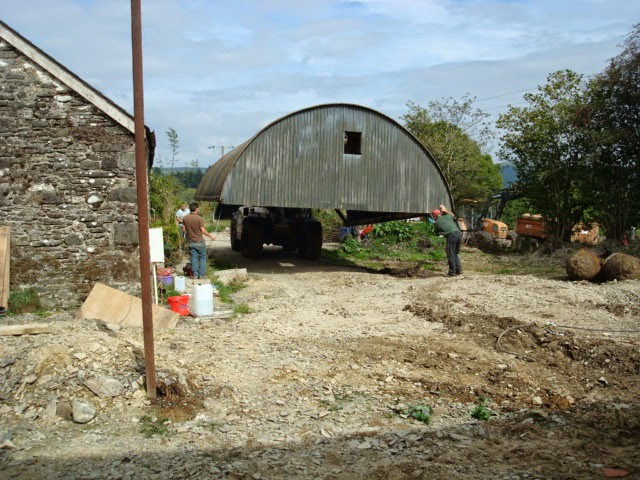 with a bit of coordinated movements it was taken away to be rebuilt at a later time in another field.
It was great to see how they were going to move it, they were waiting for really still day to carry out the move.
We can now get the back on our barn, I think that is hubby's next task.
Posted by Dawn at 10:53:00