Our chooks are off lay at the moment they are going through there moult, so the egg rack is empty 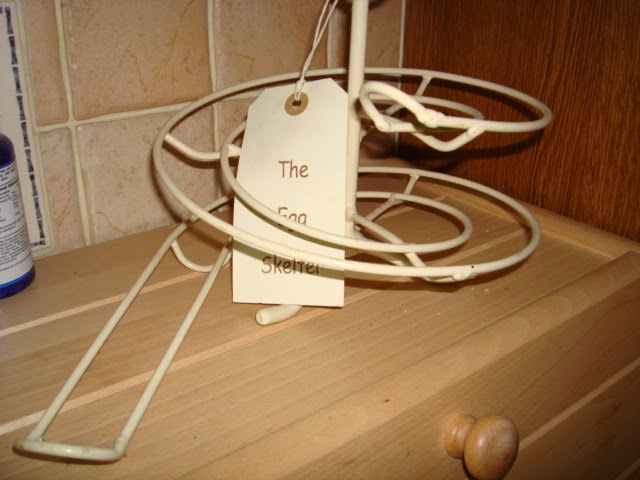 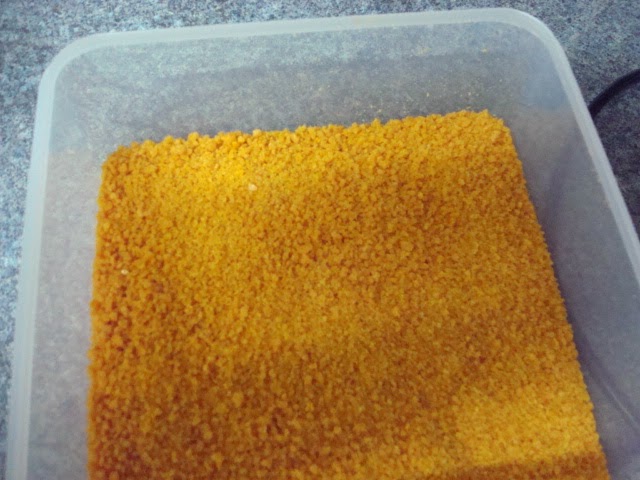 I fancied eggs for lunch today and the dried eggs are perfected for a lunch
when i dried the eggs I worked out the measurements for re-hydrating as it varies depending on the size of the eggs, for mine it was 1tbsp of dried egg to 25ml of water per egg. 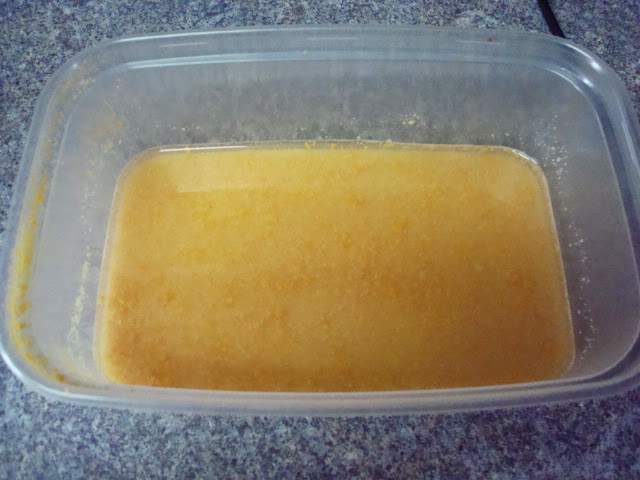 Re hydrating with warm water I find improves the re hydration, I leave them for about half an hour,
I then chopped up some of the home cured bacon and fried it with some chopped onion 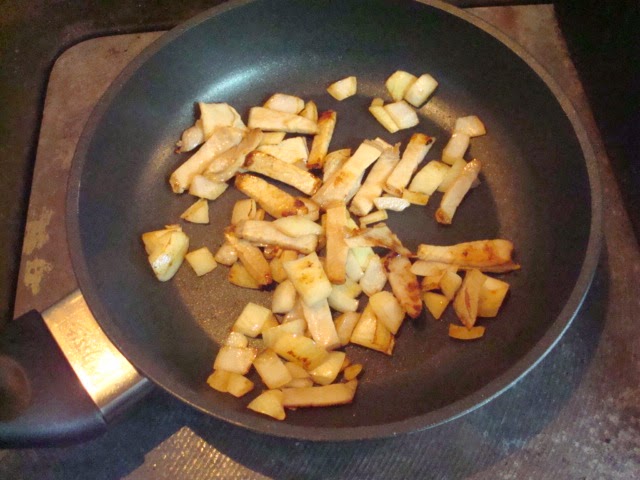 then I added the egg liquid 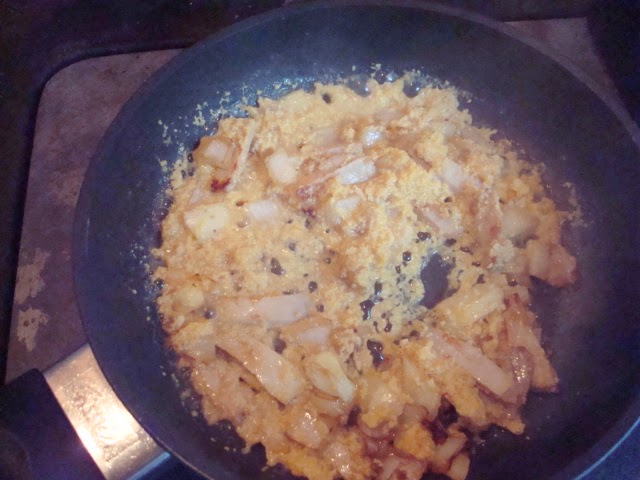 then just stirred as it was cooking, I didn't add add any oils or fat, but let it cook in the fat from the bacon. 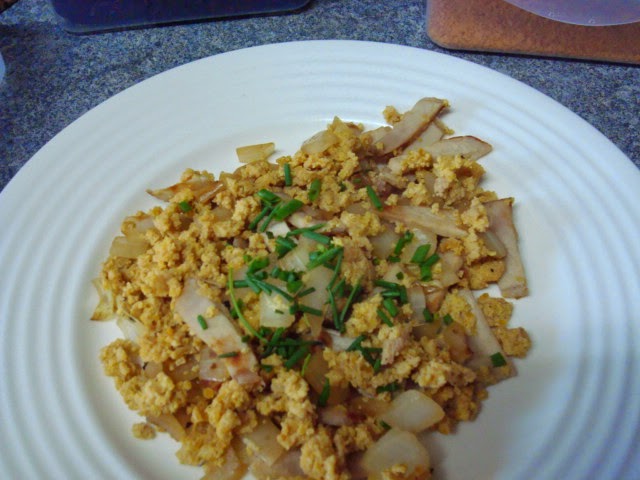 Scramble eggs with bacon and onions served with chopped chives from the garden, they tasted just as good as using fresh eggs.
I had some repairs to carry out today after the high winds that hit us early hours, some of the greenhouse glass was blown out, once the wind calmed a bit I went out and cleared up the broken glass and assessed the damage, it turned out that 7 panes had come out but only 2 were broken, I put the unbroken ones back into the greenhouse and headed to town to get some perspex. 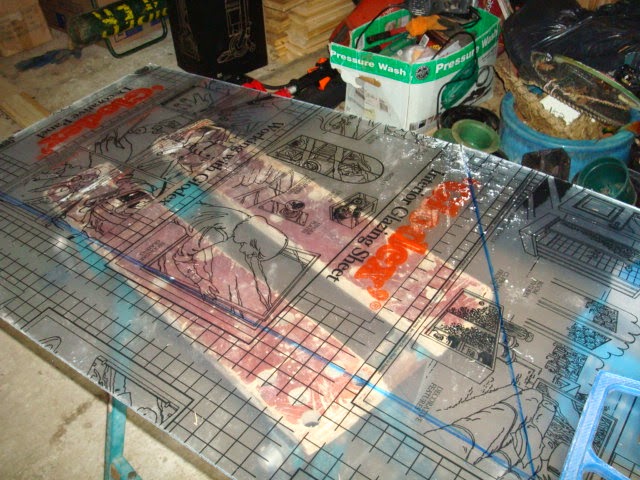 One sheet of 4mm perspex marked out with the outline of the broken panes, of course there had to be an angle just my luck, lots of checking measurements later I drew out my shape then set about cutting it.
The man at the shop said it would cut with a hand saw, but he didn't tell me how to start the cut, the saw just wouldn't grip it, I had a rummage in hubby's tools and found a hacksaw with a twisted metal cord for a blade, don't know what it is called, I tried it and it worked fine after cutting about am inch I switched to a had saw 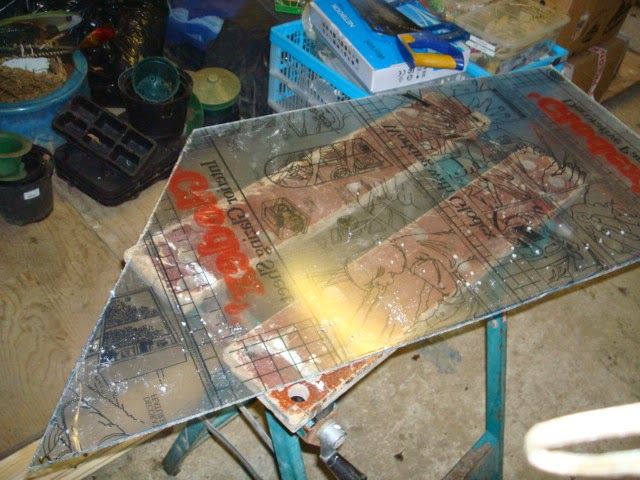 It took me about half an hour to cut it out, then it was time to find out if it would fit, 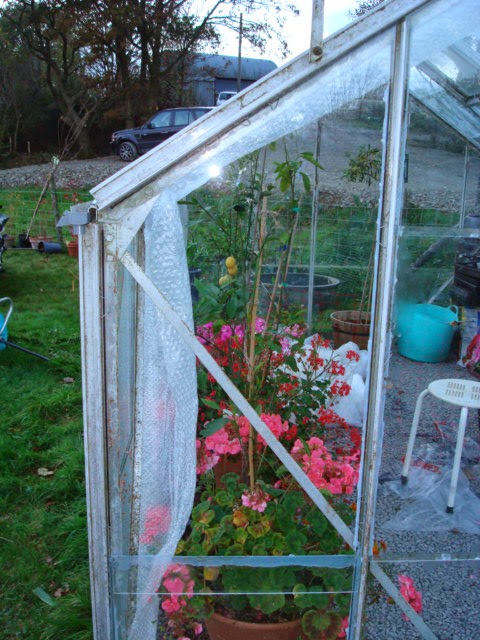 What a surprise it was a perfect fit, I was so chuffed, glazing clips in place and some silicon to help it stay put and the job was done, I couldn't have left it until hubby came back at the week end because we would have ended up with more damage, any further damaged panes will be replaced with perspex from now on, glass is far to expensive to keep replacing.
The winds have abated now thank goodness, it was a rough night last night, Kara was barking at every bang and crash so we both had a sleepless night, so its now bedtime for the both us and hopefully a nice quiet night to catch up on much needed sleep.
Posted by Dawn at 14:33:00