Just Walking In The Rain

It was a day of that drizzly rain the stuff that soaks you through before you realise it, I spent some of the day in the greenhouse sowing flower seeds 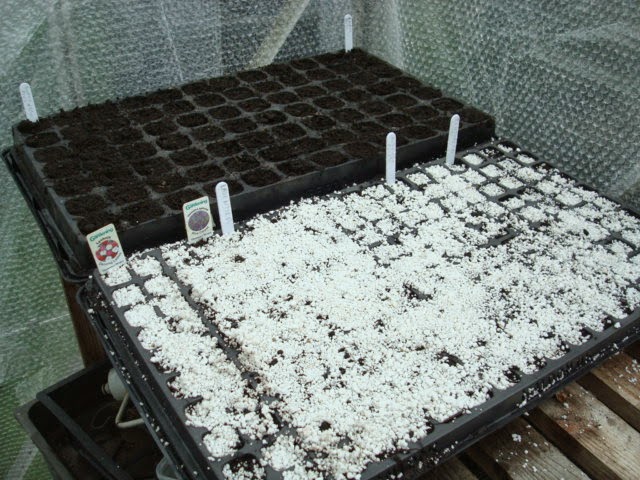 Lavender, Lupins, Aubritia Lychinis, Veronica and one big tray at the back with Sweet Peas, I usually forget to sow them in the Autumn then come Spring I think sweet peas and there is so much else going on plant wise they get forgotten about until its too late and I have to buy plants in, but not this year they are sown so lets hope they grow and do well.
We headed out for a walk down into the forest and I was really hoping to see the waterfall, I can always hear it but its shrouded in brambles this was the best I could see of it 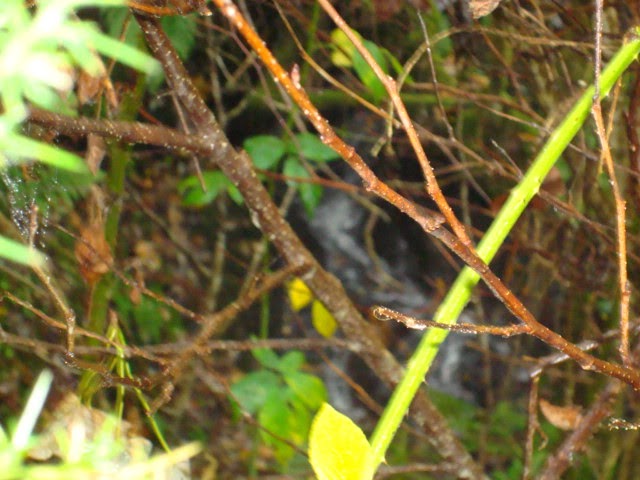 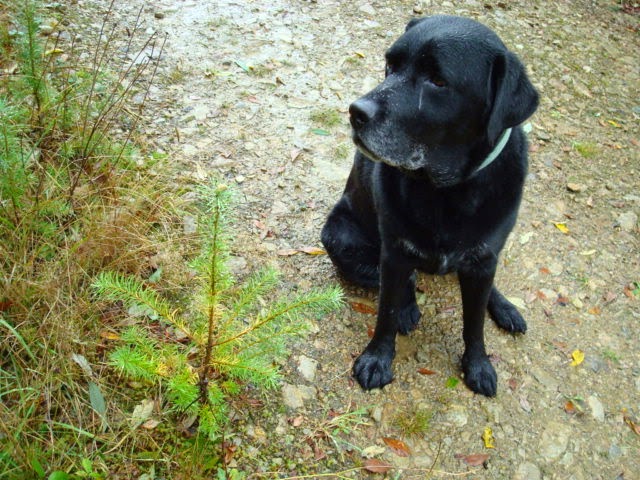 Yes this is the chosen one.
And when we get back she lays claim to the fire to warm herself up 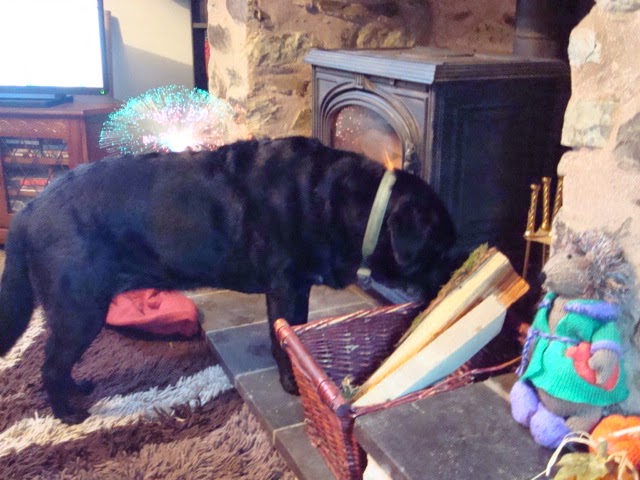 I don't get a look in until she is warmed up.

The fencing is really coming along 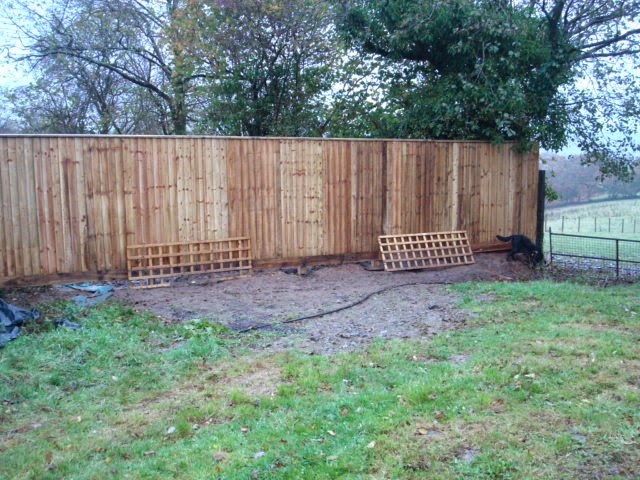 Yes Kara is checking out the workmanship on the fencing, it has given a completely different look to the garden now, the 90m stretch down the garden is not far off complete, then they will make a start on the post and rail fencing out in the paddock.
We are still waiting for the water to be connected and today I put in a formal complaint with the Welsh Consumer Council Board who got straight on to the water board, the water board have now raised it as a priority and Monday the contractors will be digging out to the water main and Tuesday we will be connected up so they say, I wont hold my breath we have been waiting since August the 14th when the inspector told us it will be completed within 2 weeks, since then we have been fobbed off with excuses so 2 months on I have had to get a third party involved and if they fail to complete as they have said they will legal action will be taken against the water board.