I had never grown Oca (New Zealand Yams) before let alone eat them, earlier this year I was given a few tubers to try out, I grew them in a container as we were moving house during the growing season, they have been some-what neglected, but they grew and formed nice bushy plants, as the season finished and all the usual vegetables were harvested, the Oca continued to grow, they form there tubers in the autumn and you harvest after the foliage has died back from frost, well we have had frost and the foliage was dying off. 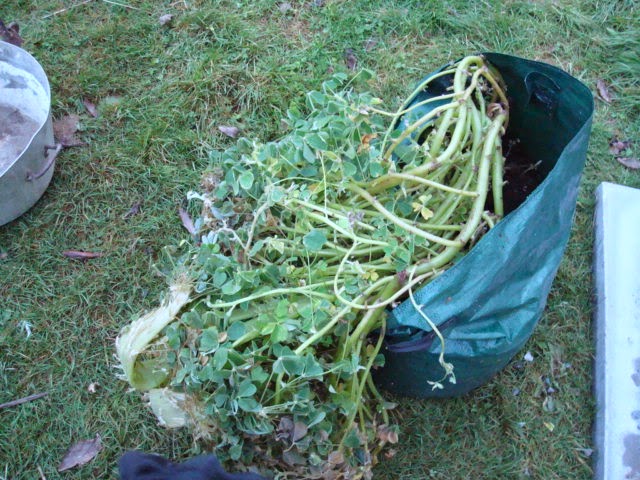 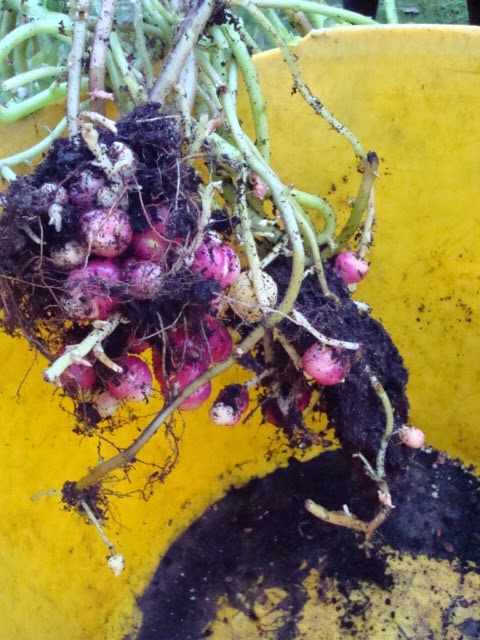 lo and behold there they were what little beauties. 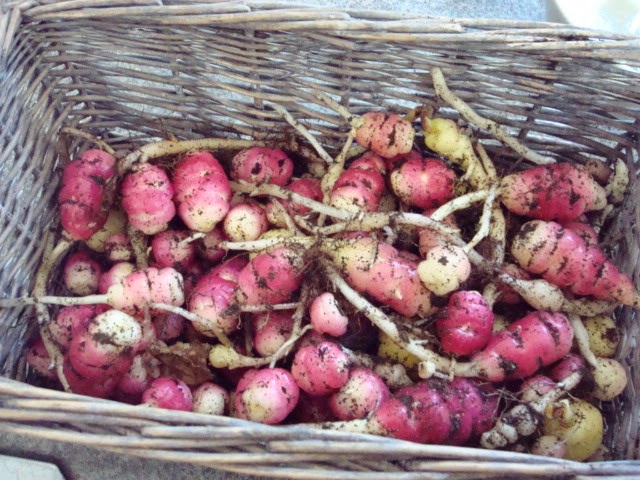 This was my total harvest
Now having harvested them, I had to try them out, a quick look on Mr Google and I had some suggestions, wash then lightly it said and the various ways of eating are
You can eat them raw
You can stir fry
You can roast
You can boil
You can add them casseroles
I tried a bit raw, very crunchy and firm, with a bit of a lemony radish taste, I then sliced a few up and added them to the mince I was cooking for dinner, when cooked they have keep there crunchy texture and have a nutty taste, very very nice.
I am going to keep a handful of tubers to grow on next year, it great to be able to harvest something so late in the year. They make a lovely substitute for potatoes.
Posted by Dawn at 10:45:00

Email ThisBlogThis!Share to TwitterShare to FacebookShare to Pinterest
Labels: Oca