Another day of cooking, I made up a big dish of Chili Con Carne and left it simmering in the low oven, I had a bit of pastry left over from doing the pie yesterday,
I used it up to make a few mini pasty's with chili con carne inside 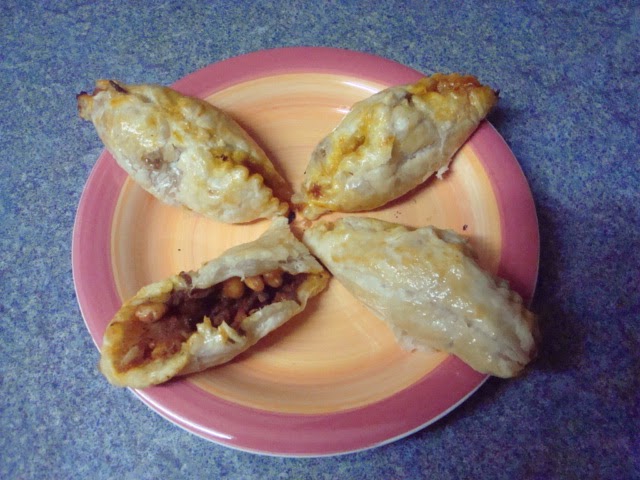 One of them came open so I had to eat that one, I did take one out to hubby while it was hot, he was down the field clearing out the pig house.
The other two hubby can take back with him in his food parcel
I also cobbled together a Blueberry Crumble, with the last of the Blueberry's from the freezer 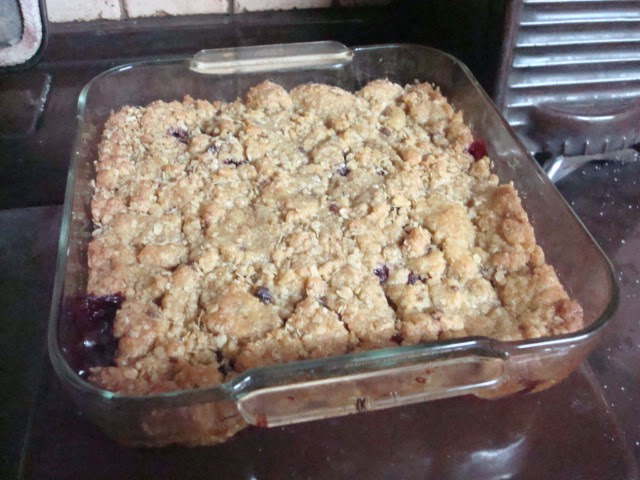 We will have some later with cream
When hubby got back last night after taking the pigs, he brought back the livers and kidney 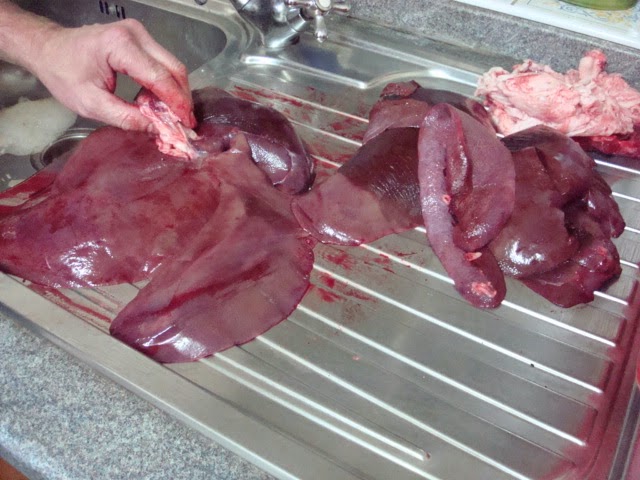 some of which I want to make  pork liver pate from.
The pigs weighed in at approx 65kg each which is between a a cutter and bacon weight.
They are being hung at the moment and will be butchered on Tuesday.
We did pop into town this morning we needed some dog feed for Kara, 2 big sacks will keep her going for a couple of months we also bought her an early Christmas pressie 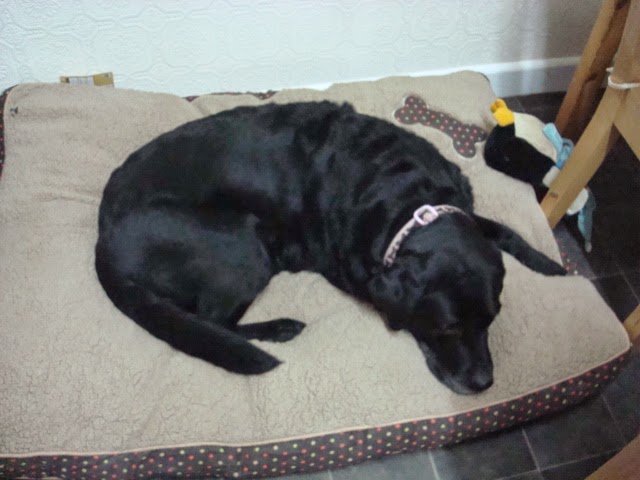 A big comfy bed, her other one was so thin and a bit on the small side for her, she seems to like her new comfy bed, her old one has been relegated to my cabin so she has something to lie on.
A quick update on Kara, she has settled in really well, she now comes with me on the feed rounds and will trot alongside the quad bike, she really enjoys running through the field, she sits and waits outside each paddock for me as I am feeding animals, the alpacas seem to be more accepting of her.
An update on the Alpacas, we had to move Nicknack into a holding pen yesterday, he was spending all his time pacing up and down the boundary to the girls paddocks, he was really getting himself work up, we got him harnessed and moved him into a paddock further away but bordering Oddjob's, when we released him he went berserk at Oddjob and lunged at him, I didn't think the fence would hold, the alternative was we isolated him in a holding pen. It gave him a chance to rest up and me a chance to think what to do, today we moved Oddjob into a another paddock over the other side and put Nicknack back into the paddock we tried him in yesterday so he he is one field away from the girls and a big empty area between him and Oddjob, we shall see how he fairs there.
Its time for some crumble so I am going to have a little taster :-)
Posted by Dawn at 12:10:00