The pigs went with hubby this afternoon, it is going to be a busy time getting all the meat done, some will be bacon, some sausages, some burgers, joints chops and ribs.
Last night my neighbour C junior helped me get the pigs into the trailer, hubby wasn't arriving until today and we didn't know if he would be back in time to take them, so they had to ready for me and C junior to take them if need be, hubby arrived in time so he has taken the pigs.
The girl alpacas have settled in fine, but we have a problem, Nick Nack has spent the past week pacing the fencing trying to get to them, this afternoon we moved him to another paddock  further away hoping he might settle down, it was a disaster, he lunged at Odd Job and was trying to fight him over the fence, so back on the harness he is at the moment in the small catch pen until we decide what to try next.
In between all of this today I did get some cooking done.
I did a couple of loafs of bread and a big pot of vegetable and chicken soup 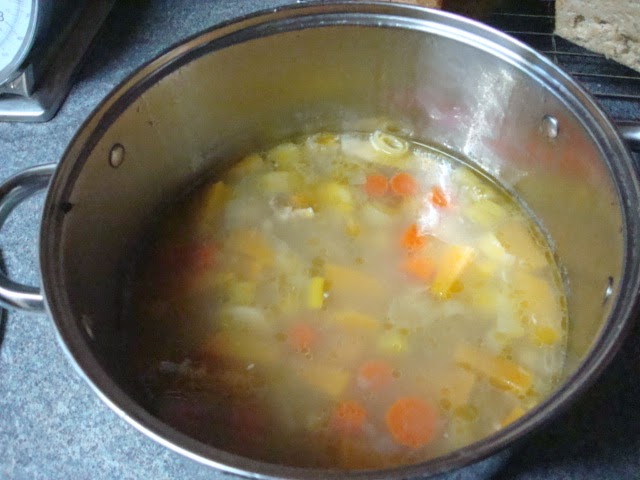 It was ready for when hubby got here,
I also got a Chicken and Ham Pie made 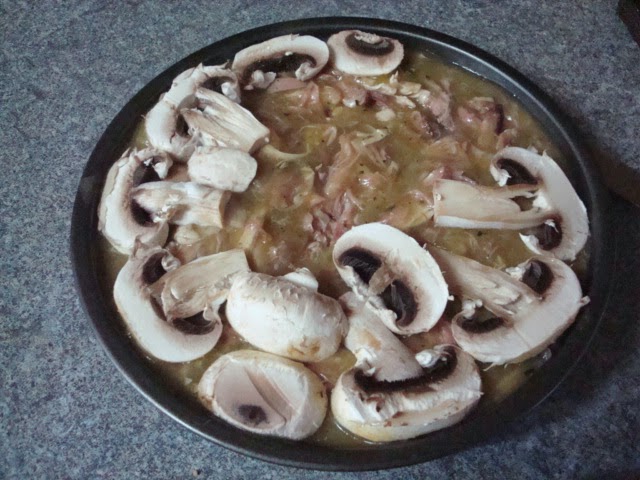 The filling was some left over cooked chicken and ham that was in the freezer and for the sauce, I used a tub of vegetable soup that was also in the freezer I thickened it with some cornflour, I layered some sliced mushrooms on top before adding the pastry 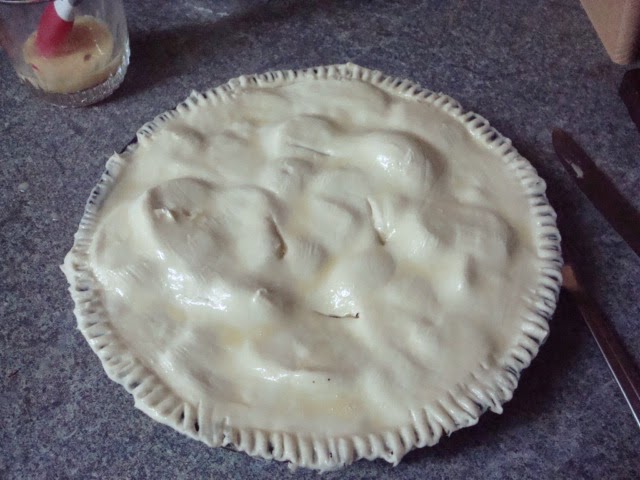 The pastry was also in the freezer 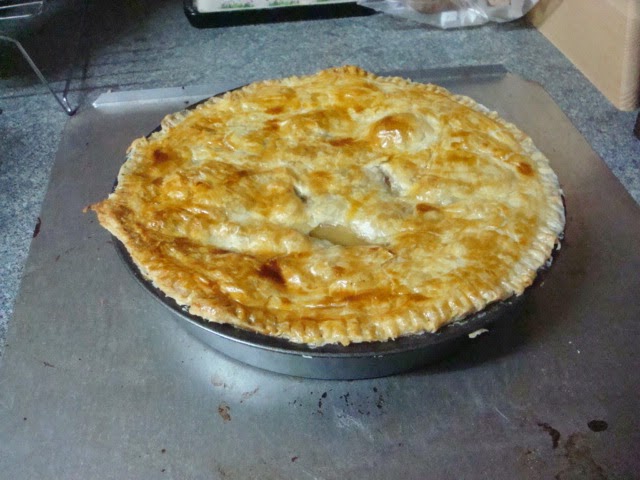 A nice big pie ready for when hubby gets back, I still have some pastry left over,
I plan on making a chili con carny tomorrow so will make some chili pasties with the left over pastry.
That about sums my day up :-)
Posted by Dawn at 09:36:00