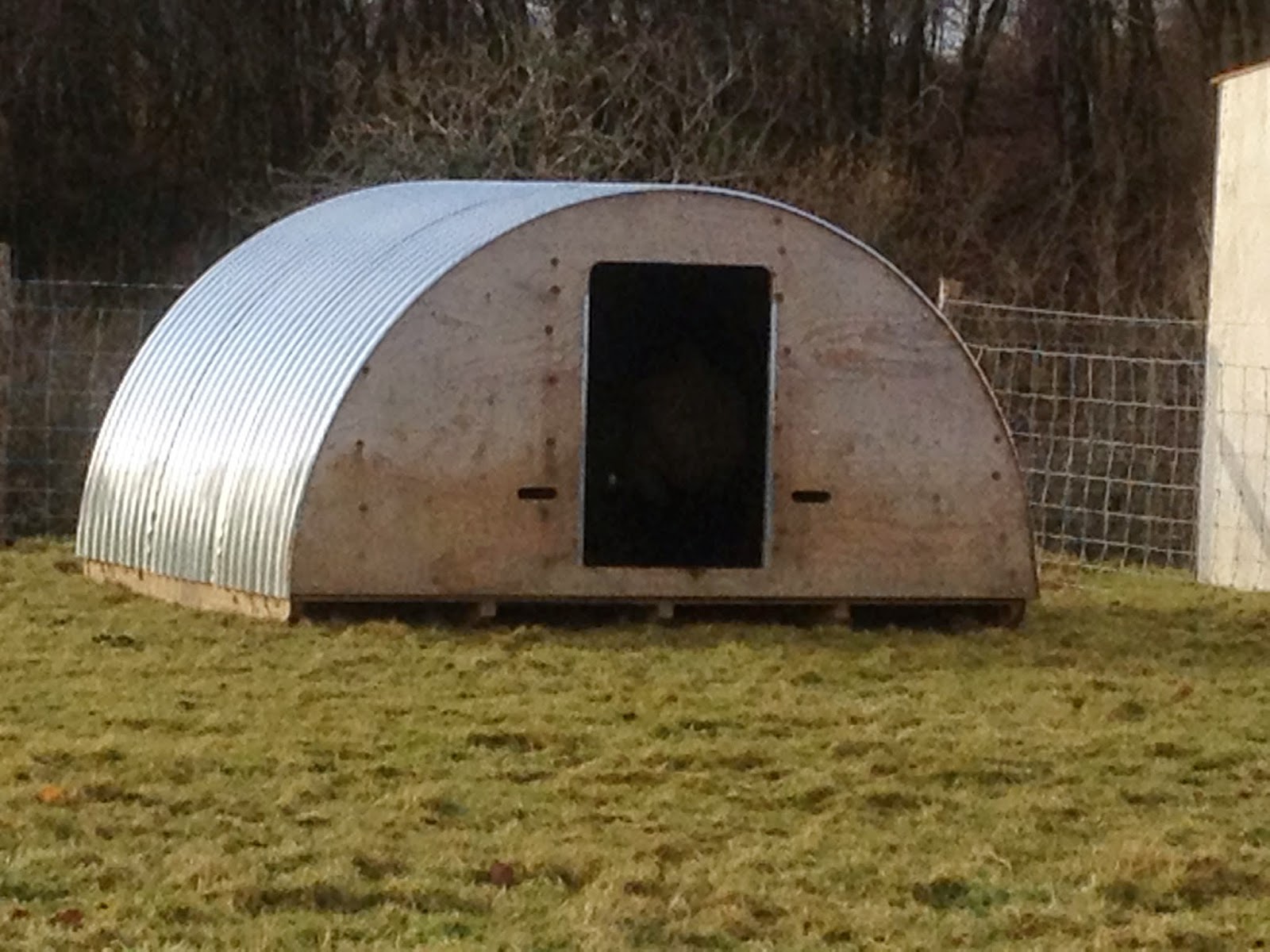 Here he is inside it you can just make him out, he has taken to head butting it from the inside.
Yesterday I got a new house for the ducks 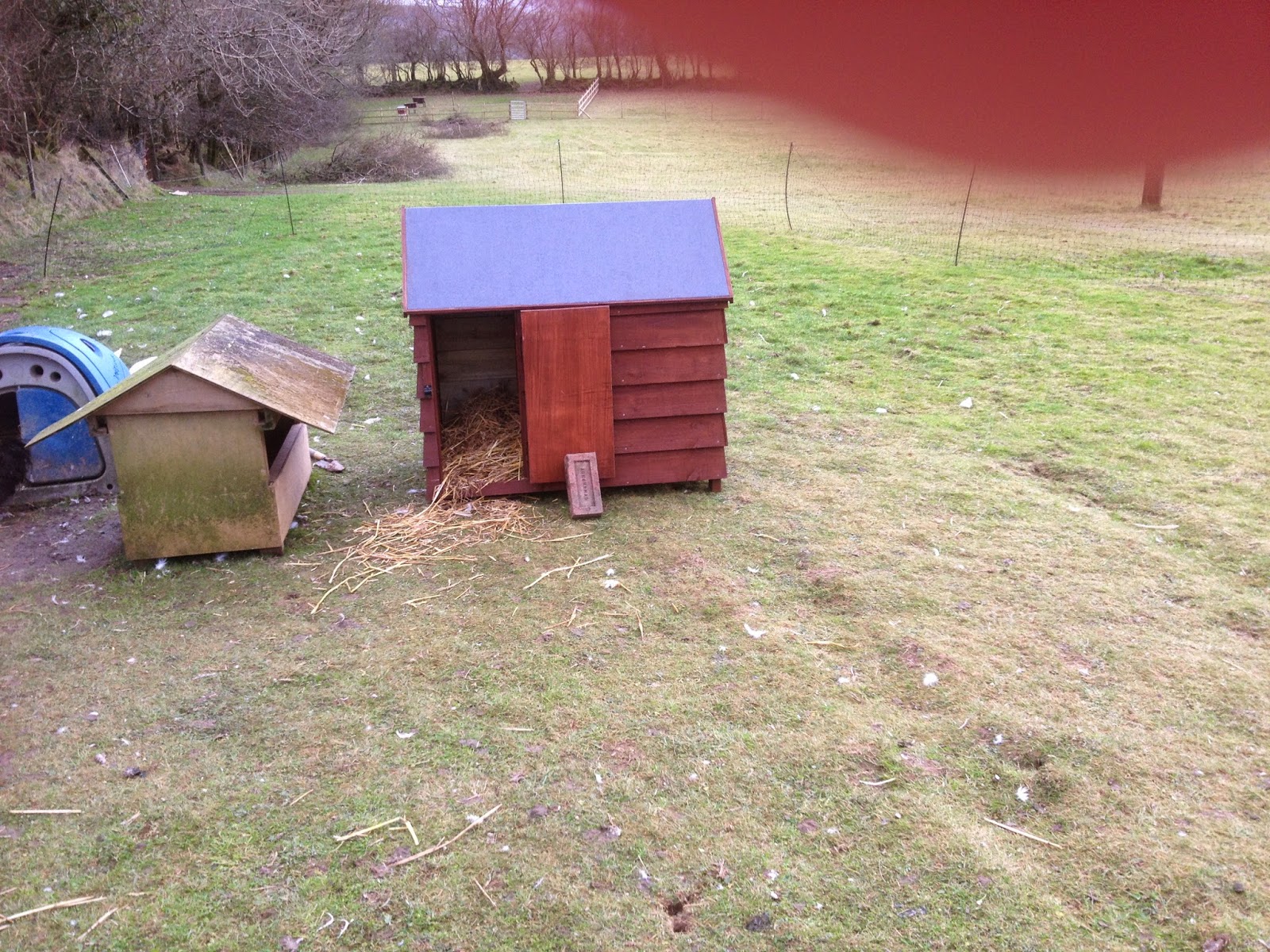 It was made as a dog kennel and has a door on the front that fastens with a bolt, it was made for some-one who never came back and collected it so the old fella sat it outside with a for sale sign on it, I spotted it on my travels yesterday and thought it would be ideal for the ducks as they have outgrown there other house.
I have now spent two nights chasing them into it hopefully they will get the message soon.
The little blue eglu to the left is Gizmo's bachelor pad, he has never slept with the girls in the big hen house, he prefers his own house.
We have an obligation to provide our animals with adequate shelter, they then have a choice to use it or not, it comes into the same category as providing them with food and water and keeping them safe from predators.
I did get another mouse today in one of the traps but not until after it chewed a hole in a bag of feed.
I did get a comment the other day from some-one who finds it offensive that I trap mice, well its no good catching them and letting them go again, they cause so much damage, we do keep loose feed in bins so they don't get into that but its the bags of extra feed they go for, there is nothing worse than finding bags of animal feed chewed open and the contents spilling out on the floor  then Kara has herself a feast and makes herself sick, or finding your hay is spoiled by mice nesting in it making it unsuitable to use for feed. The answer is you have to wage war against the mice. There are cats about also Cassy the Jack Russel  from next door who loves to mouse. I will continue to use traps. I know I will never win but its very satisfying to find one in the trap.
It has been cold today in the wind and we have had a bit of hail and snow showers this evening, I have no plans to go for the rest of the week, although Saturday I have arranged to pick up some new chickens, weather depending.
Hope you are staying warm :-)
Posted by Dawn at 13:32:00