Since we moved here just over 6 months ago I have been looking for a place to get decent fruit and veg at a respectable price, at last I found some-where
Chris Thomas and Son in Abergwili they are fruit and veg merchants and supply to the public as well as trade an there prices are fantastic. 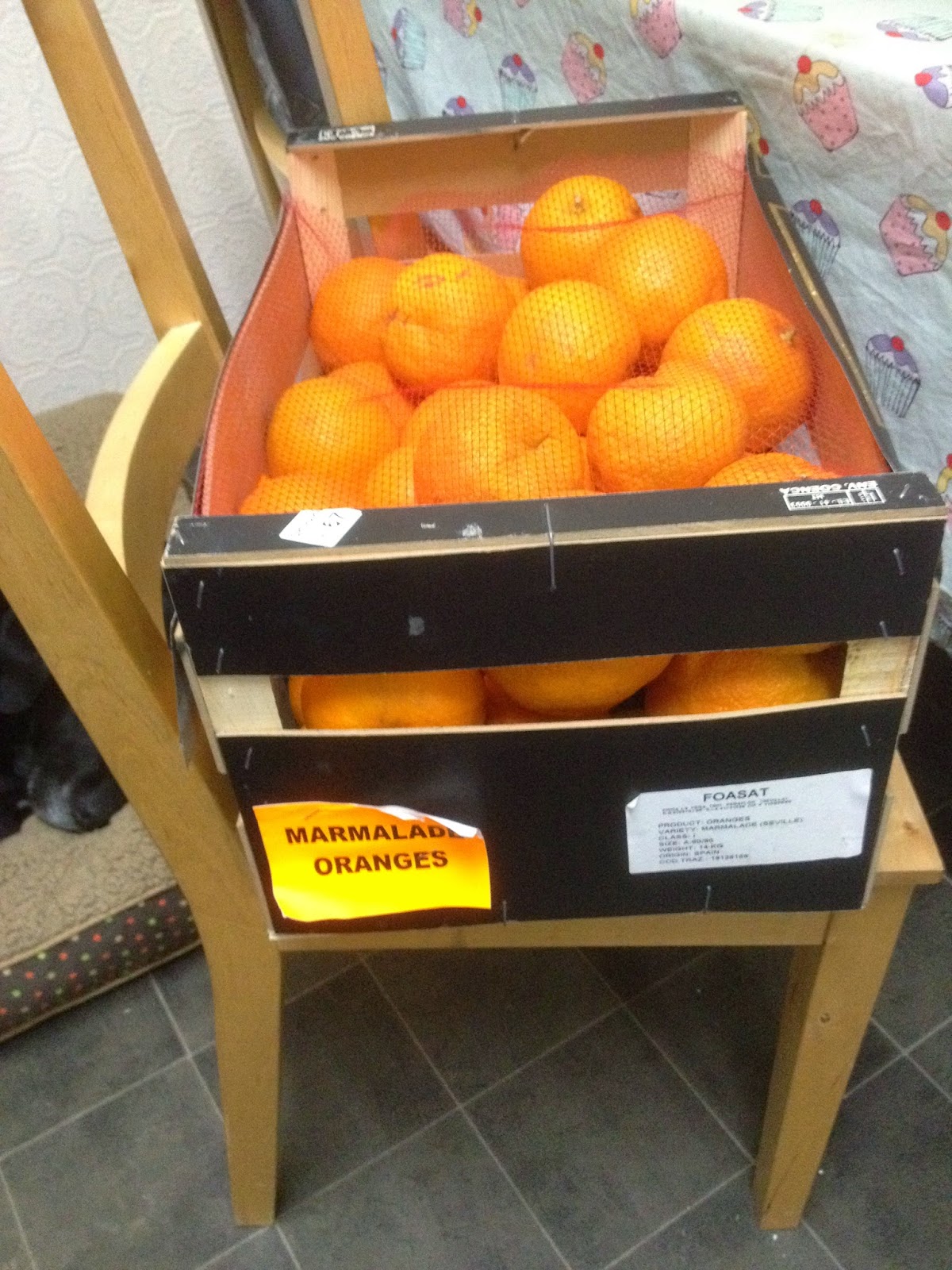 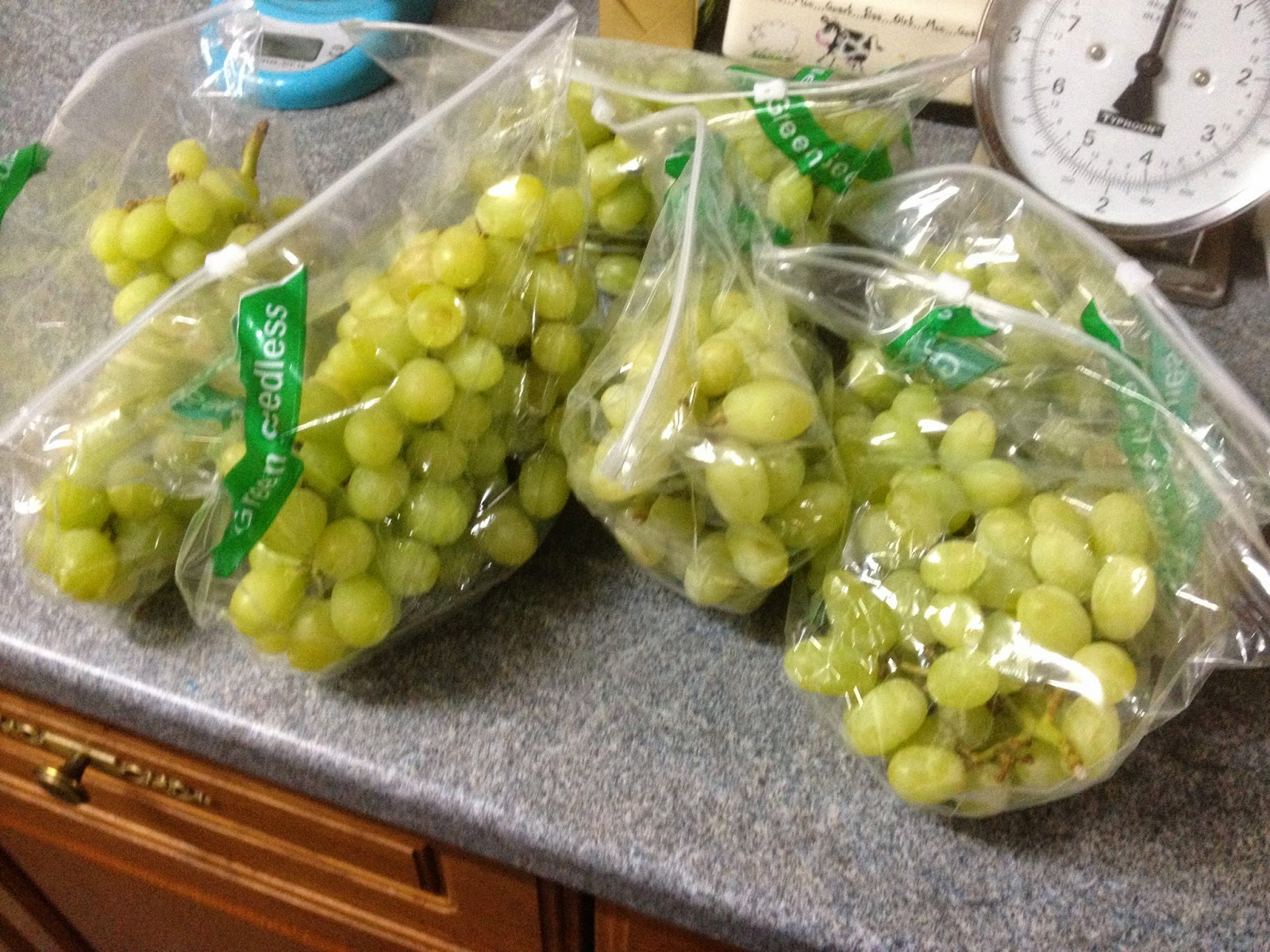 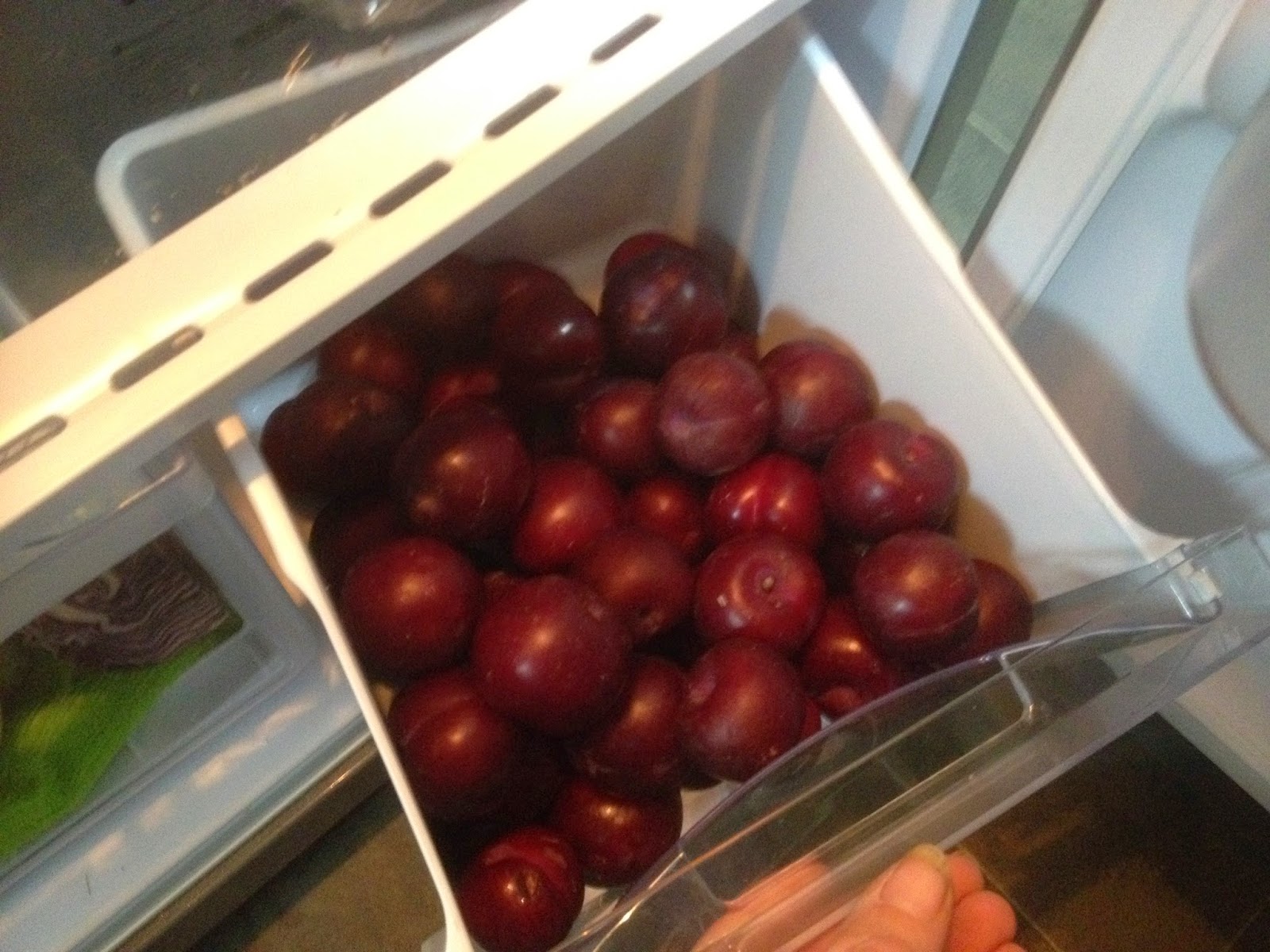 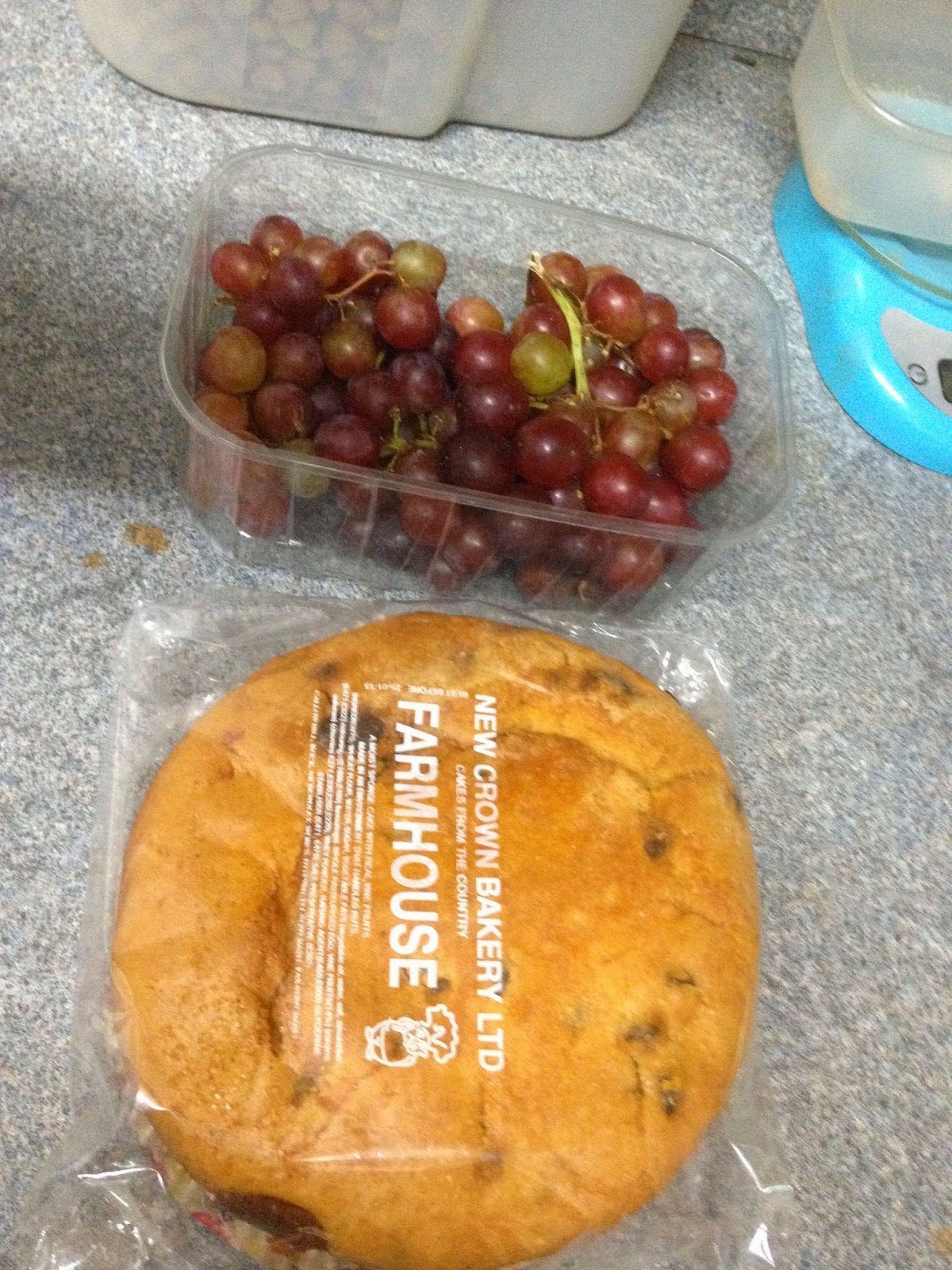 I also picked up a mixed box that had 2 of these farmhouse fruit cakes and red grapes for £1
I gave the other cake and 2 bags of grapes and some plums to our neighbour I wanted her newspapers for the fire and needed a hand from C junior to lift something for me.
As well as buying fruit and veg by the box they sell it loose along with sacks of veg, they sell coal logs compost and poultry feed too.
They staff were all nice and friendly its a lovely place I am so pleased to have found it.
While I was out I did my monthly shop at Tesco, £27.05 I had planned to go next week but with snow forecast I decided to go early, I mainly needed milk, butter, yeast and sugar for marmalade.
I also popped into Charlies I needed some new kitchen scissors I also wanted another of those Kilner Jars with the tap, they still had them on offer, its fatal going into Charlies 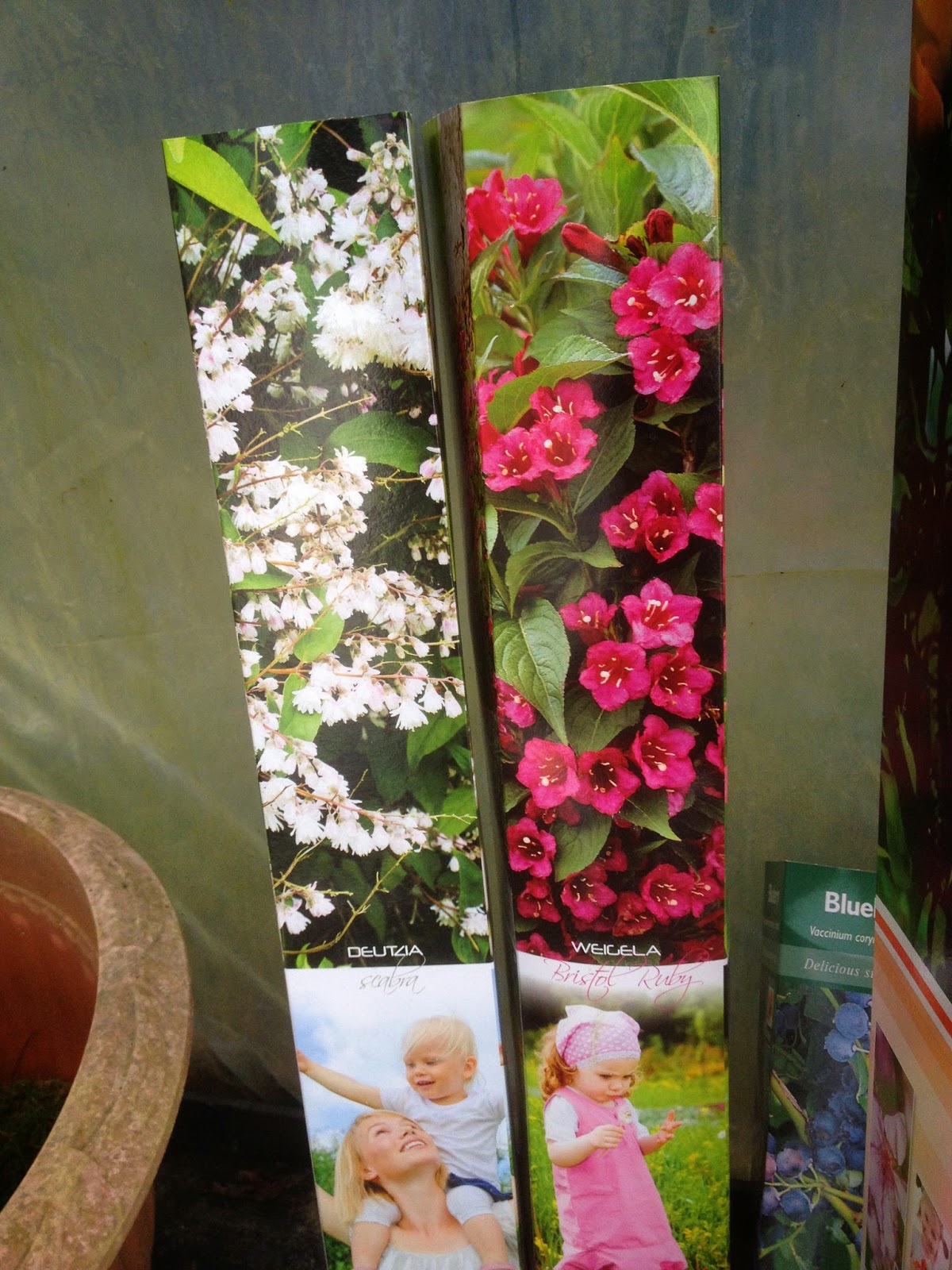 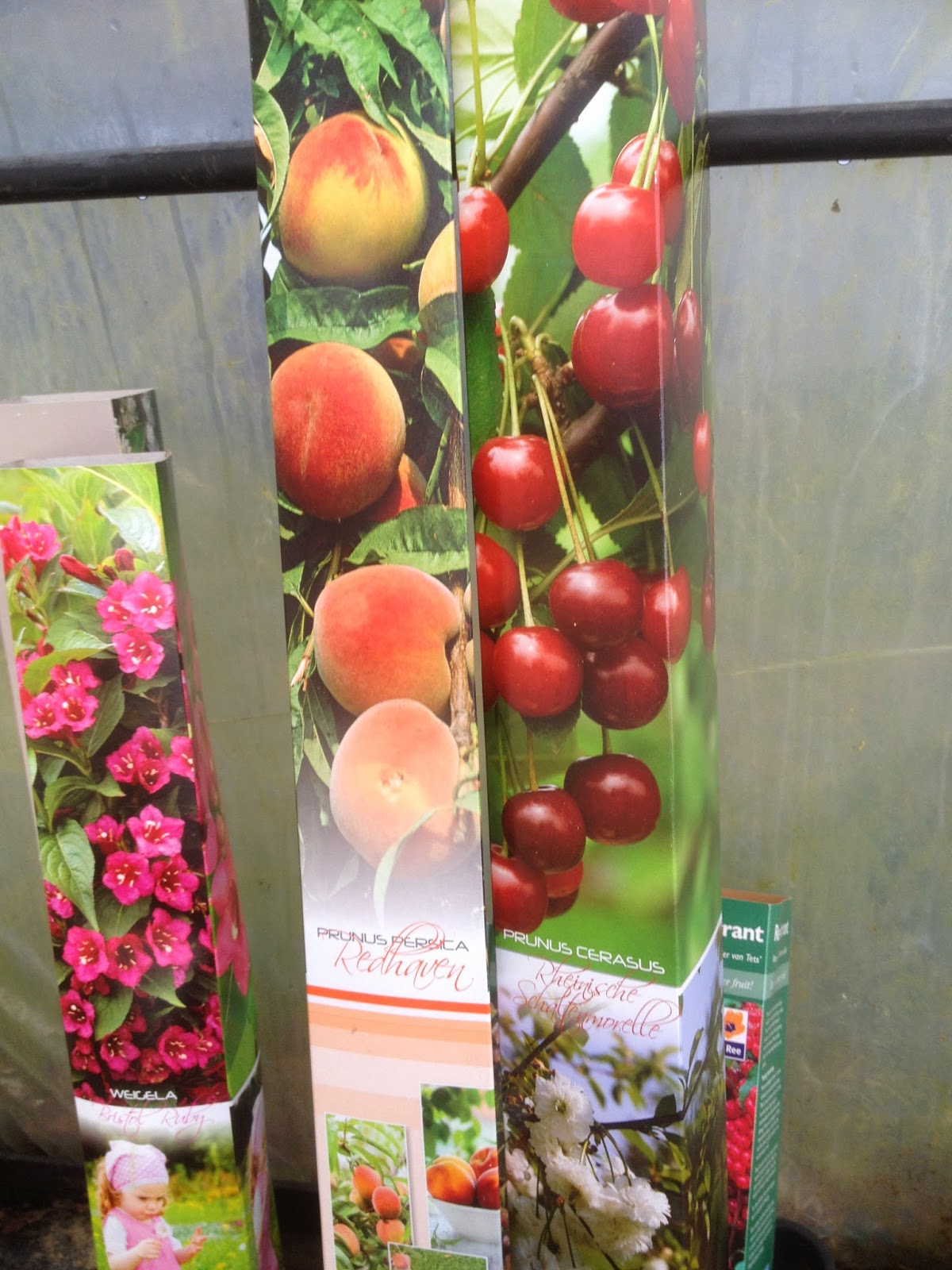 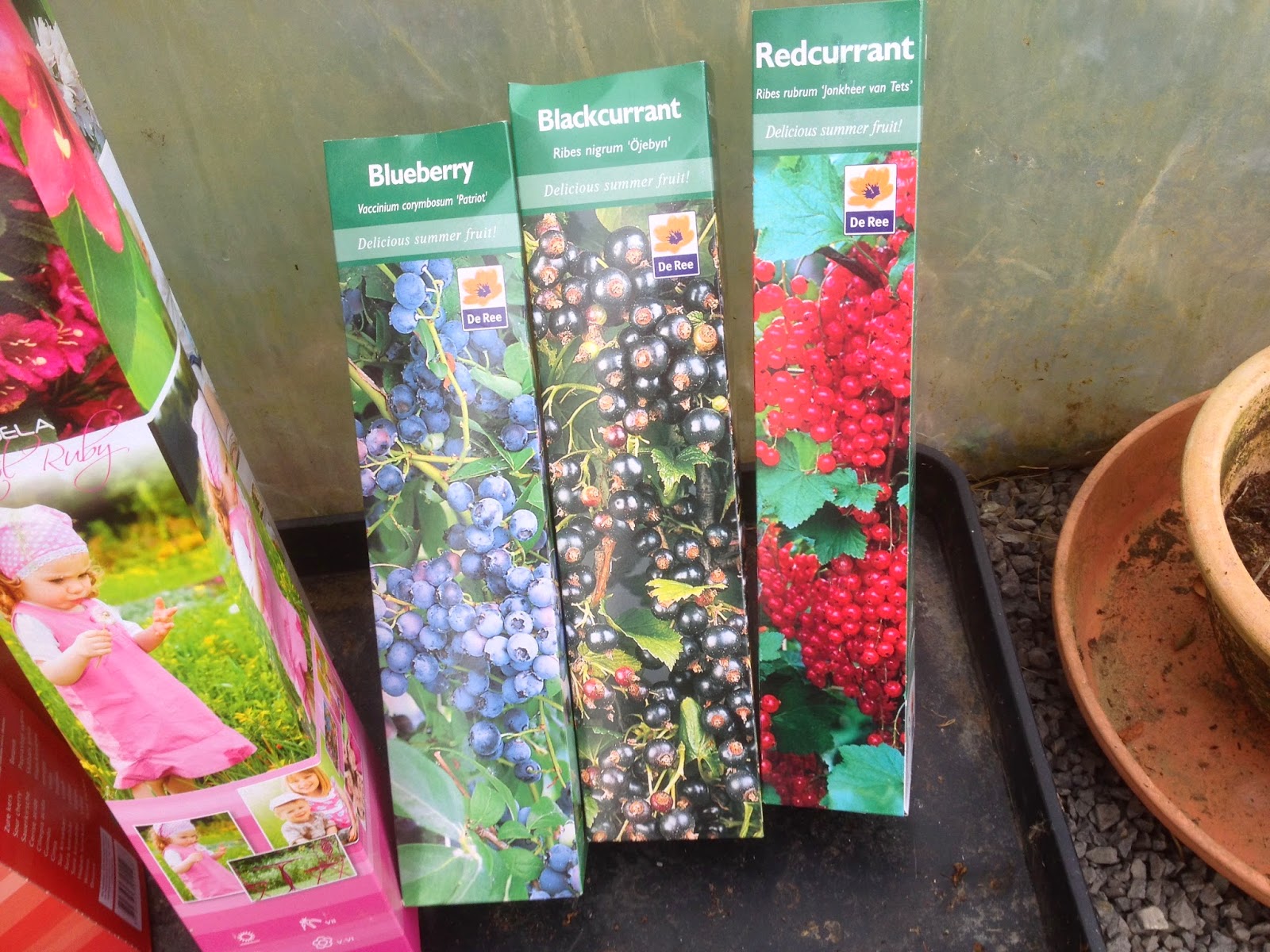 Fruit bushes 3 for £5
I have them all standing in the small poly tunnel at the moment, they have buds on them and after coming from a warm shop I think it would be too much of a shock for them outside as we have a cold spell coming.
Tomorrow I am making a trip out to collect some new chooks, they are POL our girls are getting a bit old now although they still lay the occasional egg at 6 year old I cant expect much more from them.
The rest of the day has been taking up with cleaning out chooks and ducks and the usual chores, plenty of logs have been brought in and I now have plenty of newspapers again for fire lighting, all ready for the cold spell which I think I will be spending making marmalade and doing something with the plums.
Posted by Dawn at 10:33:00