Egg and Chips for dinner what do you do,
dash to chip shop no too far,
dig out a bag of frozen oven chips no way I like proper chips
So what a girl to do, well its just a case of peel a couple of potatoes
heat up some oil and cook your own 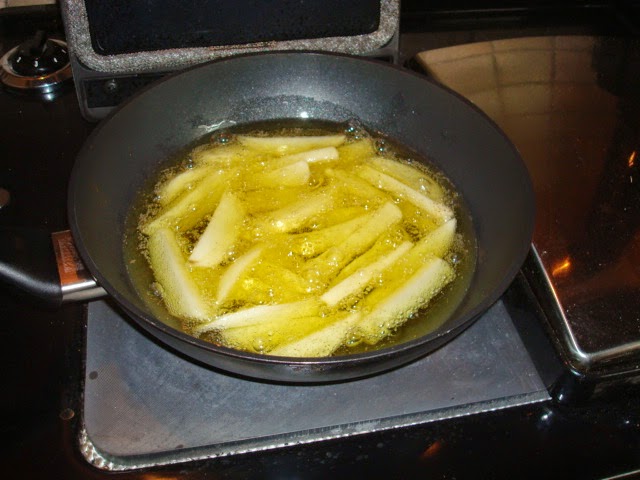 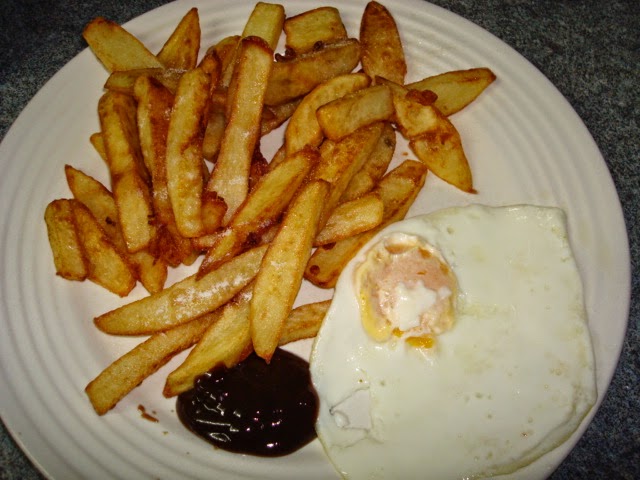 So I got my egg and chips with lashing of vinegar and a dollop of brown sauce.
Cheaper and quicker than going to the chip shop.
Thanks for the comments about the gin yesterday
The Cranberry Gin has taken on a lovely colour 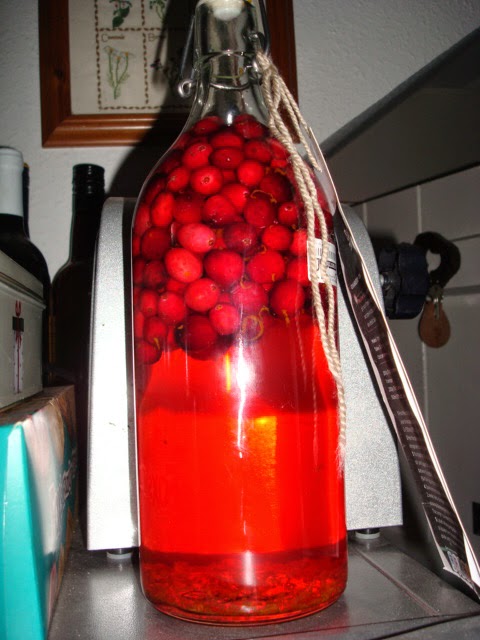 I will have to report back with feed back from hubby when its ready for drinking as I don't drink, well occasionally I might have a little drink but I much prefer a cup of tea.
Speaking of hubby his name by the way is Martin, calling him hubby doesn't really suit so from now on I will refer to him by his name.
Next week its his birthday, I had bought his pressie back in November but had to give him it early over the week end, I found him scouring the Internet for new outdoor radio as his other one has bit the dust, he had had it for years it was a wind up solar radio I bought him on a trip to National History Museum must be about 12 years ago, that little radio worked hard outside in all weathers.
I had bought him a new one to replace it wind up solar powered again needs no batteries.
He is happy with it, but I do have another little pressie for him, so he is banned from buying anything until after his birthday.
Its been windy here again today and heavy rain this morning, the fencers were due to come out today to hang some field gates for us, hopefully if the weather plays fair they will be out tomorrow. The wind has eased off and its just that drizzly rain now.
I had a few new books arrive today craft books so I will post about them on my craft blog.
I am now settling down with a cuppa to watch Hairspray I have never seen it from start to finish.
Posted by Dawn at 11:37:00