The snow froze overnight so it was really icy out there today, although the sky was blue and the sun was shining it was still cold.
After feeding the animals and breaking the ice on there water it was back up to the house, washing was put on, logs brought in I got a loaf of bread on the go, chatted with a friend on the phone for a while, popped a jacket potato in the oven for lunch and put together a Chili Con Carne for dinner, the rest of the day was now my own after my lunch 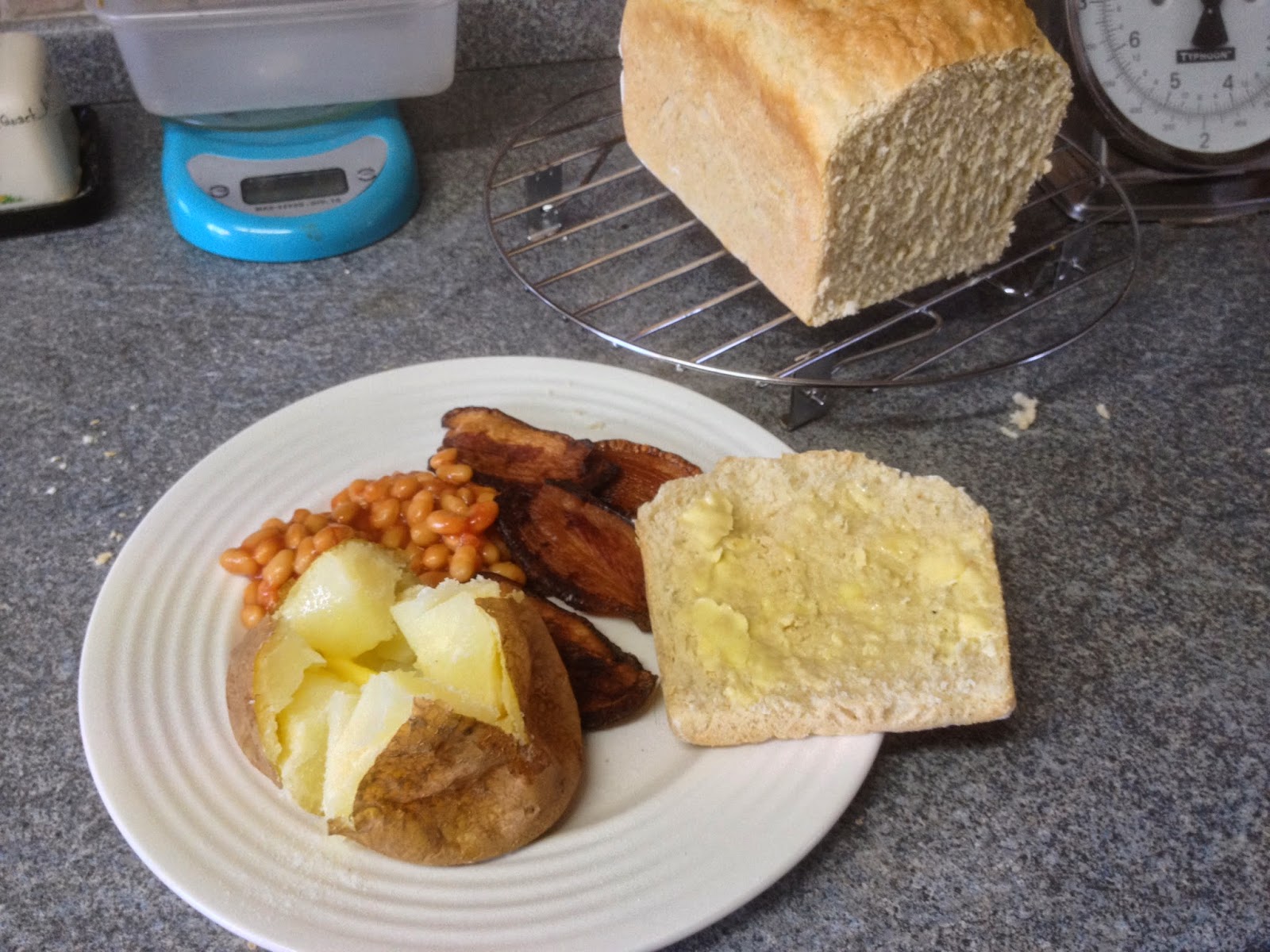 There was some left over beans and few rashers of bacon in the fridge so I had them with my jacket potato and a slice of bread and butter.
I then headed off down the cabin, I wanted to make a fleece waistcoat, I like wearing waistcoats or gillet they are also called.
I made a revisable one 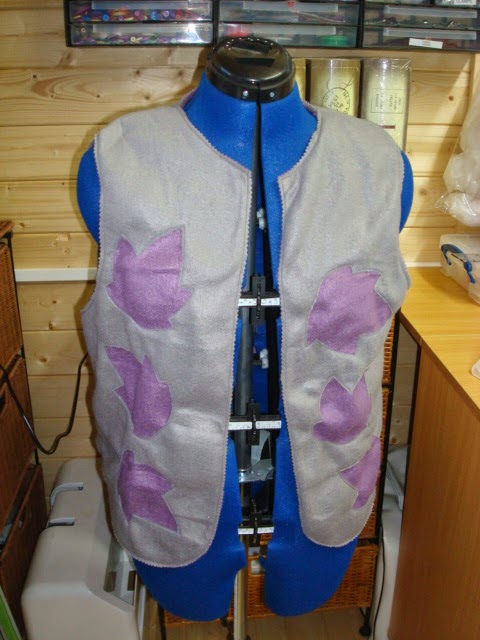 full details on my craft blog.
I came back up to the house and there was a knock on the door, it was my other neighbour young J from the top of the drive, she was apologising for the horsebox parked in my drive, it seems she had friends come over and they tried to turn around at the top of my drive and the car kept spinning on the ice and they couldn't pull the horse box back up the drive, so they had to leave it there, I couldn't believe anyone would be that stupid to tow a horse box in icy conditions, the mountain road doesn't get gritted even I didn't venture out although I needed to make a trip to the post office it was lethal out there. Hopefully it will be gone tomorrow off the drive.
Just had dinner There is plenty left over so that will go int the freezer for future meals.
When I was down the cabin this afternoon, Kara went out into the garden, she usually meanders around the garden for some time, its a fairly big garden and there is lots for her to sniff out, she had been gone longer than usual, I looked out the window and spotted her basking in a sunny spot 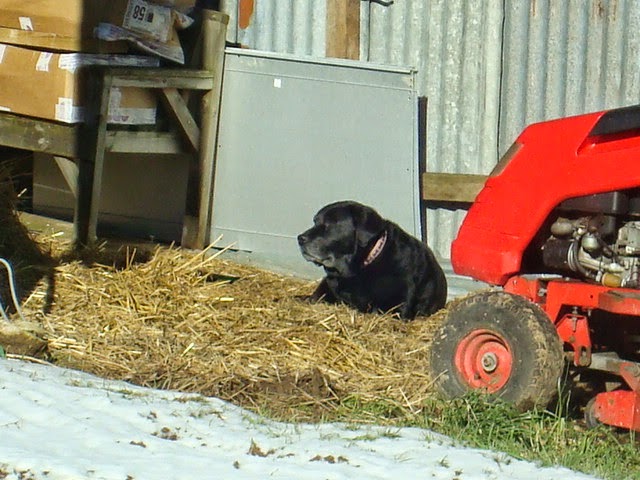 Laying in the hay 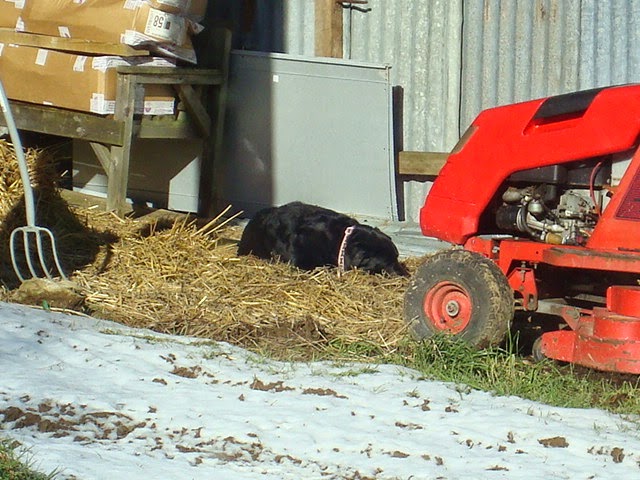 next time I looked she had settled down for a sleep after about half an hour she wandered back to the cabin and curled up in her bed there.
Posted by Dawn at 10:13:00

Email ThisBlogThis!Share to TwitterShare to FacebookShare to Pinterest
Labels: crafting