I got started today on the marmalade 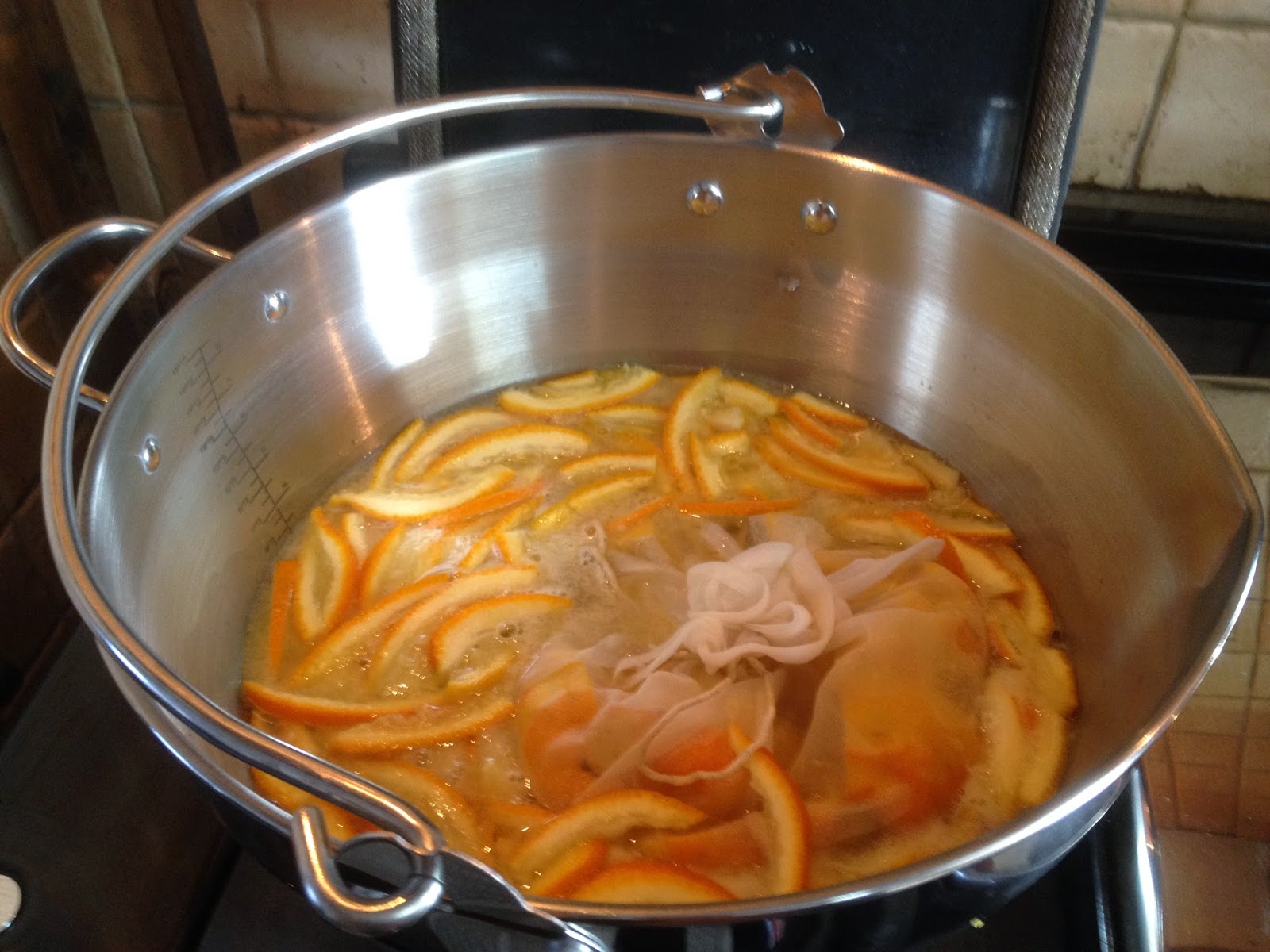 making marmalade from scratch involves, squeezing juicing slicing chopping boiling cooling simmering,
it isn't really that difficult a little more involved than normal jam making but well worth it.
I used 2kg of the Seville Oranges 1 lemon and normal granulated sugar, There is no need to use the more expensive preserving sugar, pectin comes from the pith and pips and if you put them in a muslin bag and boil it with your peel you get enough pectin to make a good set. 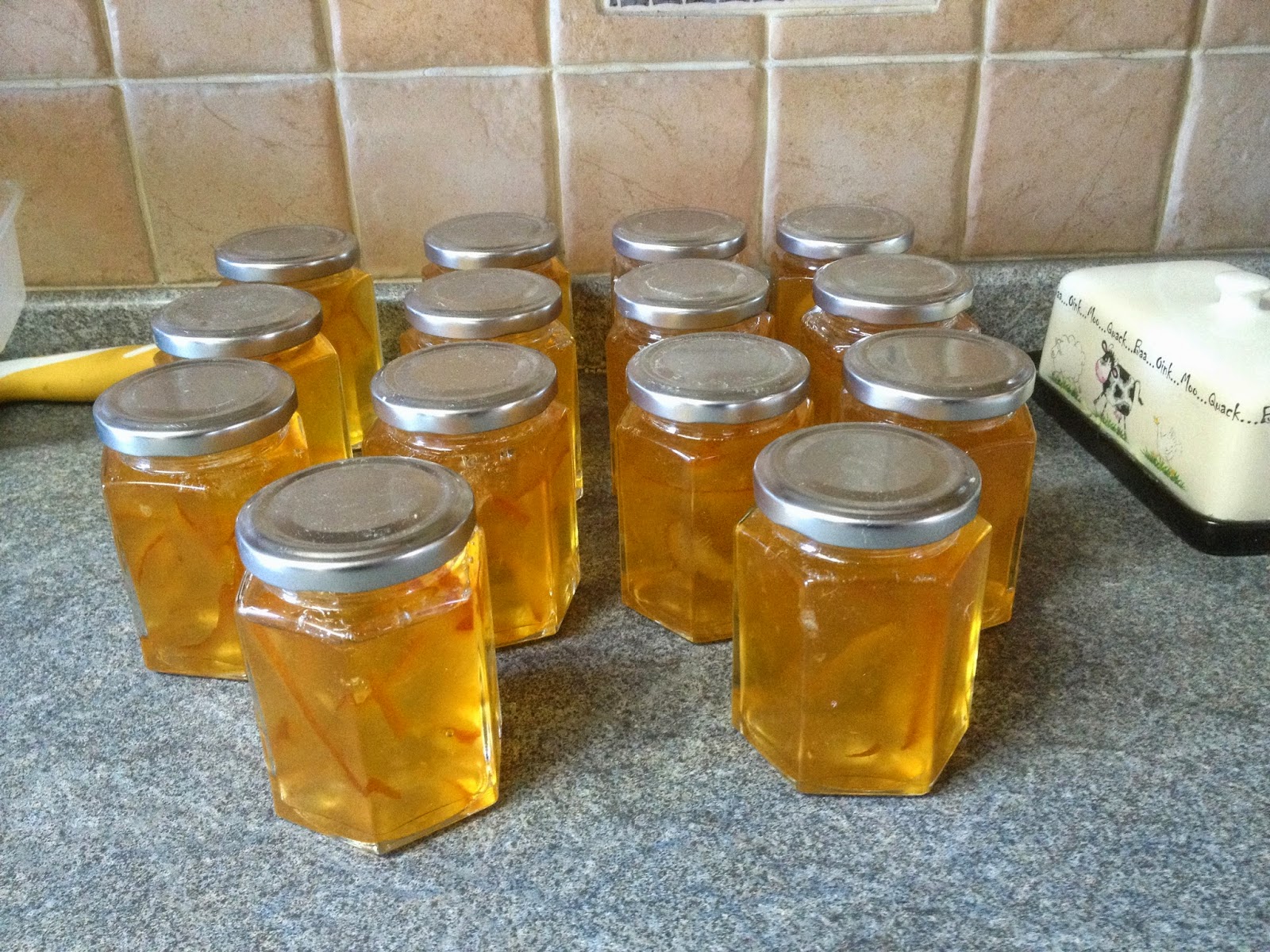 14 jars of marmalade and they have set lovely, best of all is the cost
it works out at 21p a jar, brilliant.
some of these will end up as gifts.
I have popped the rest of the oranges into the freezer, later in the year I want to make a Brandy Marmalade and a Whiskey Marmalade, I thought a selection of marmalade's would make a nice Christmas gift.
Its been another cold sunshine day here, I did pop down the village to the post office van, there was still a few icy patches on the road, I still have a horse box on the drive, don't know why they haven't come back for it.
That just about sums up my day :-)
Posted by Dawn at 11:03:00

Email ThisBlogThis!Share to TwitterShare to FacebookShare to Pinterest
Labels: Orange