Where Did The Day Go

The day started with  gift from the ducks 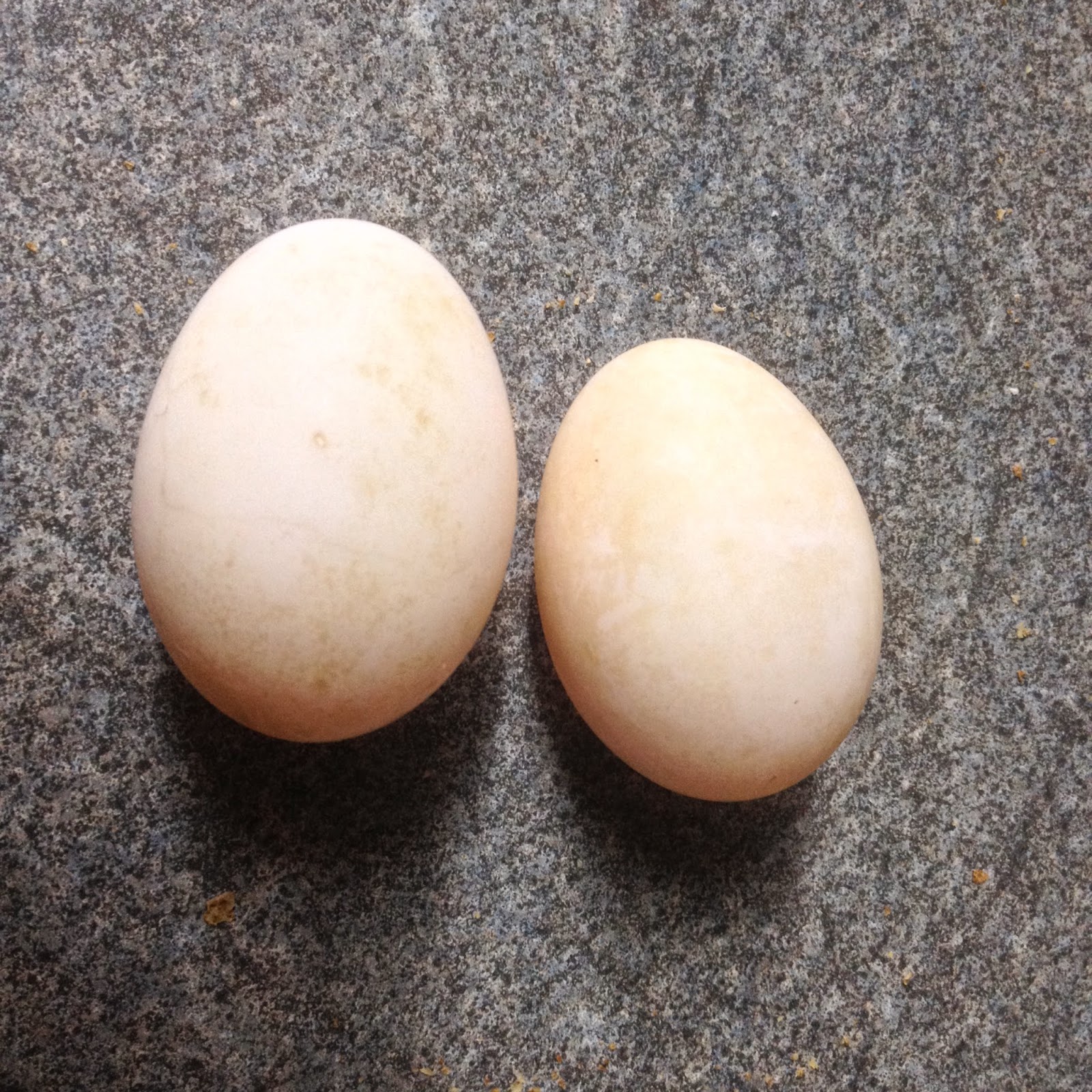 Our first 2 duck eggs, hopefully plenty more to come now they have started laying.
I had these two scrambled for dinner with some smoked salmon, they were lovely.
After doing the feed round I discovered I had lost my mobile phone somewhere on route, I retraced all my steps no sign of it, checked in the house no not there, went back out again and did a thorough check of my route and it was in the alpaca girls shelter some straw had got kicked over it, I think some-one was trying to hide it to make a sneaky call.
After a chat on the phone with a friend while I had a cuppa I anted t get some seeds on the go, Dianthus, Lupins, Nasturtiums some more Lupins and more Sweet Peas I also got some Swiss Chard sowed all in the greenhouse, the Purple Sprouting Broccoli I sowed a few weeks have all come up 100% germination, it was an old part used packet of seeds so I was surprised.
Indoors my Chillies are coming on great also the peppers and Aubergine 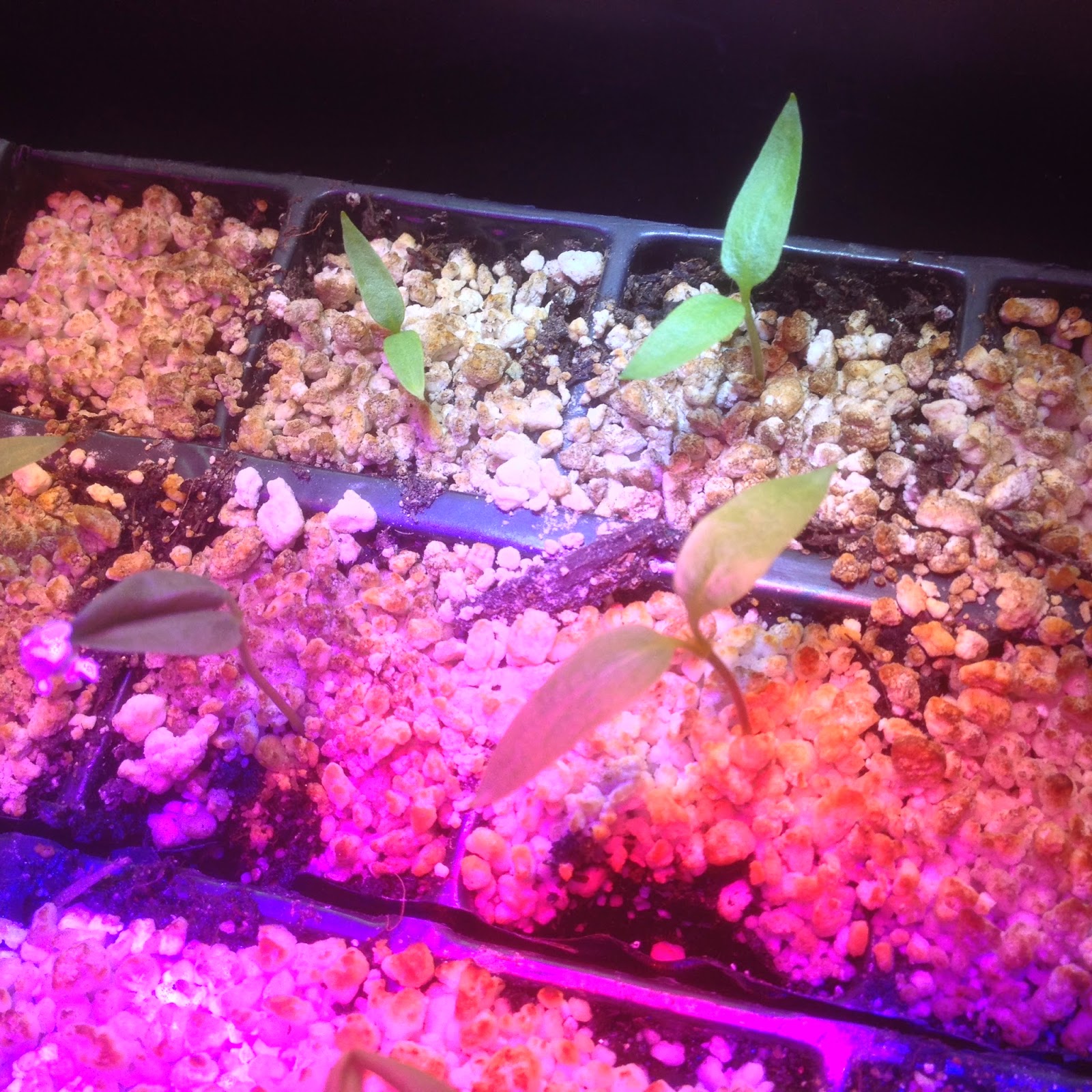 The tomatoes are now getting there true leaves 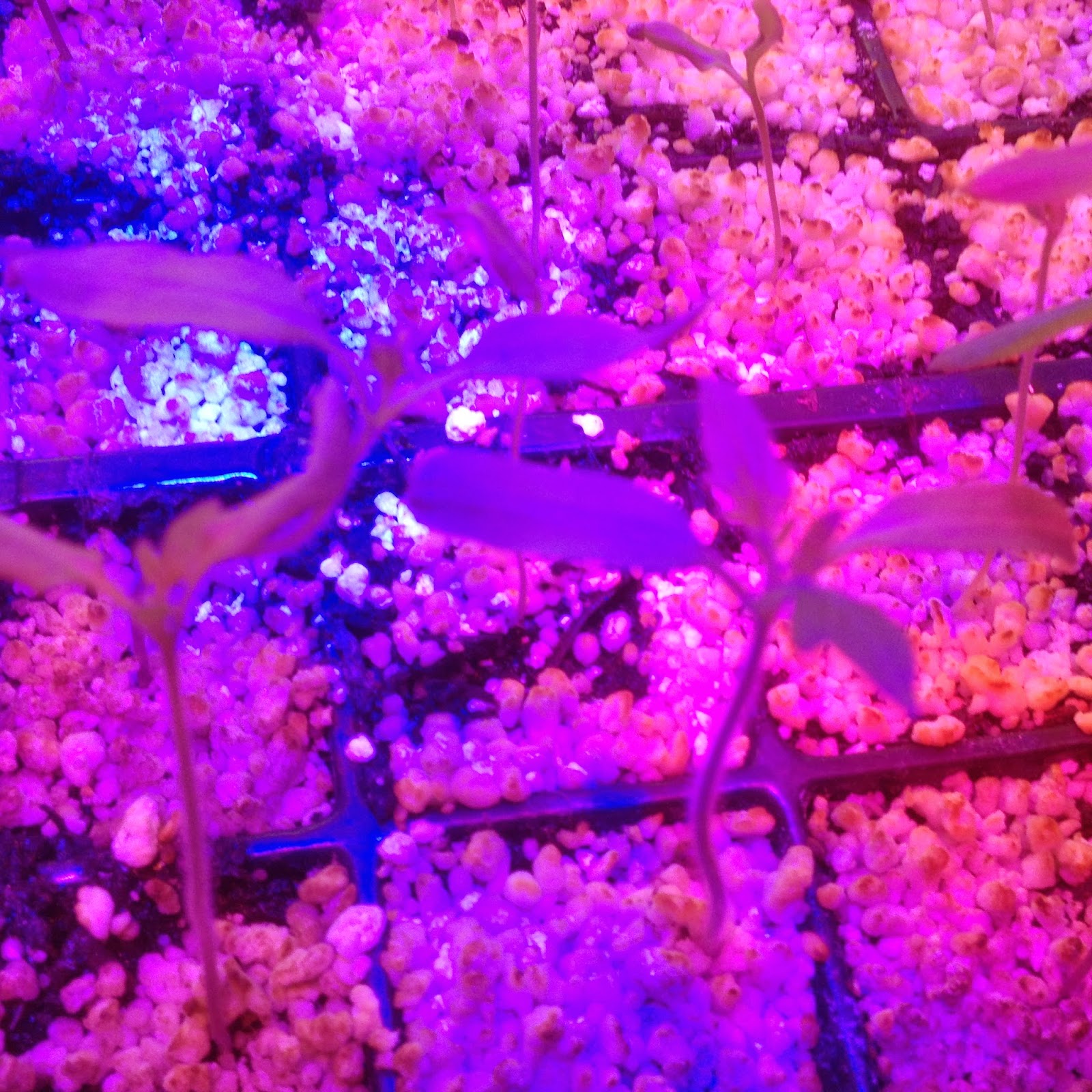 They are not under heat I have them under a grow light panel our windows are just too small to give enough light for seedlings, the panel has lots of led's giving off blue red and white light, I got it a few weeks ago and so far so good, it gets switched off over night so the seedlings have a period of darkness as well.
After a session of sowing seeds I went down the cabin and got a bit of crafting done, next thing I know its 5 o'clock Kara was wanting dinner the second round of feeds were now an hour behind, the day just flew by.
Now sat down in front of the fire going to read my Armature Gardening magazine, I have just set up a subscription for it, I used to pick it up on regular basis then stopped getting it.
Time to put my feet up :-)
Posted by Dawn at 11:24:00