Reaching For The Sky

The Aubergines Peppers and Chilies are all stretching upwards 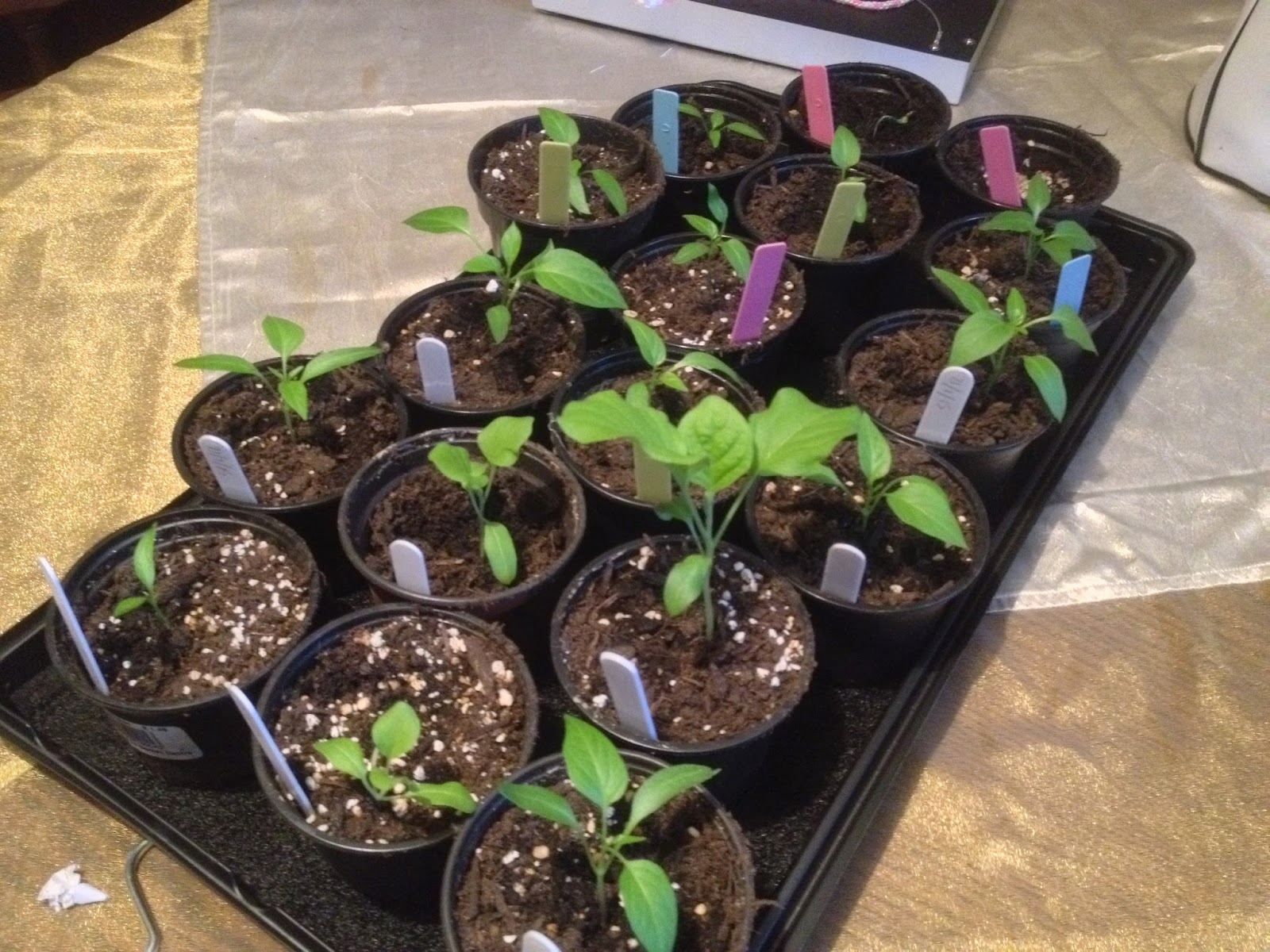 They seem to be coming on well, a couple of them will be hitting the reject bin, they have been moved from there growing spot to make way for the incubator 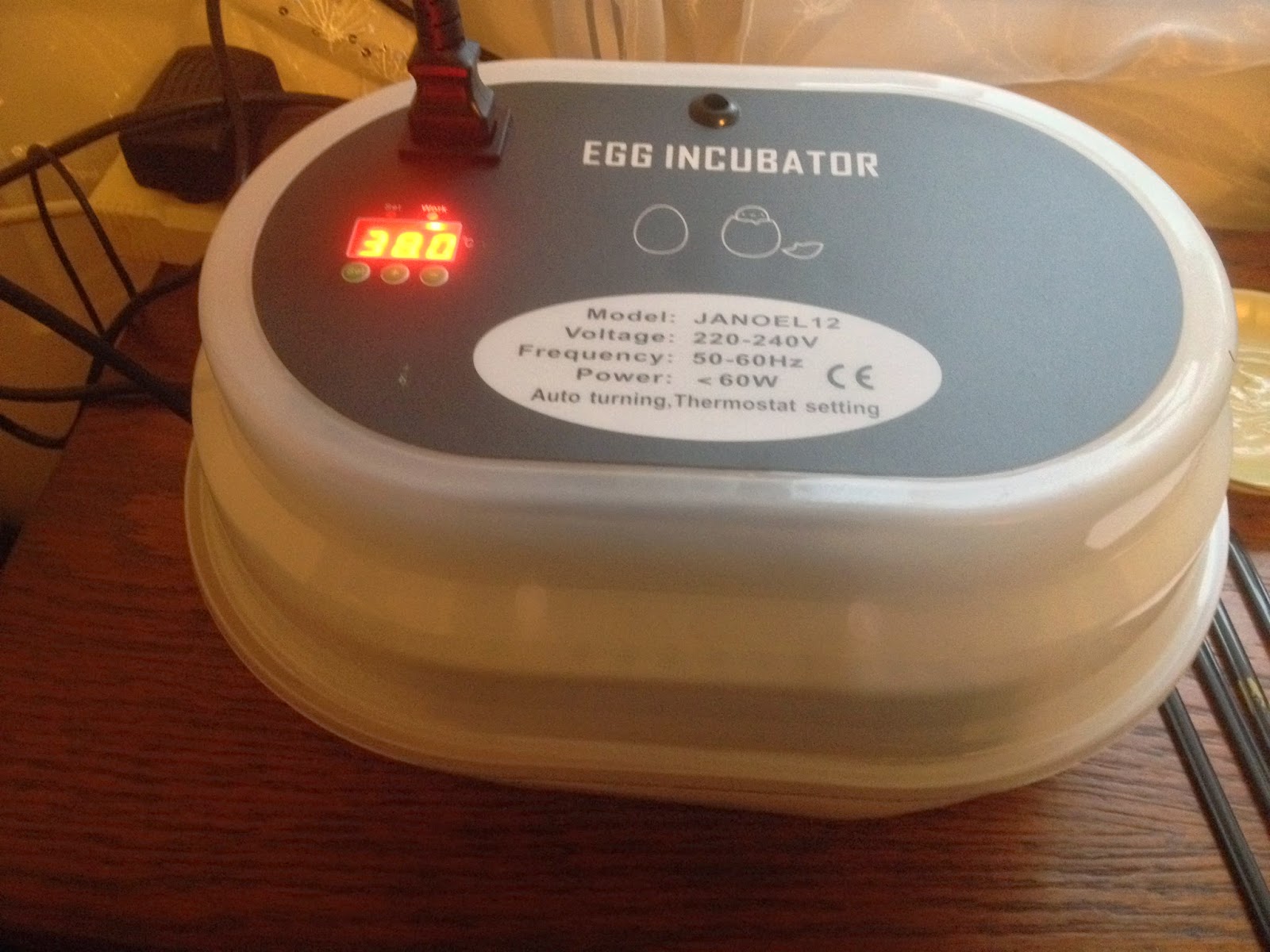 its all set up and six duck eggs are now fingers crossed making there journey into the world, 28 days it takes to hatch the eggs, I will candle them after a week to see if they are viable, there is no point in keeping them going if they are duff.
These will all be for the table, once the incubator is free I will get started some chickens for the table.
This morning we had the chimney sweep visit, the Rayburn chimney was due a clean, as it is on 24/7 it needs cleaning twice a year.
Martin had a fair bit of running around to do today, collecting logs and my car needed to go in for its MOT, it passed.
He has been working on the poly tunnel 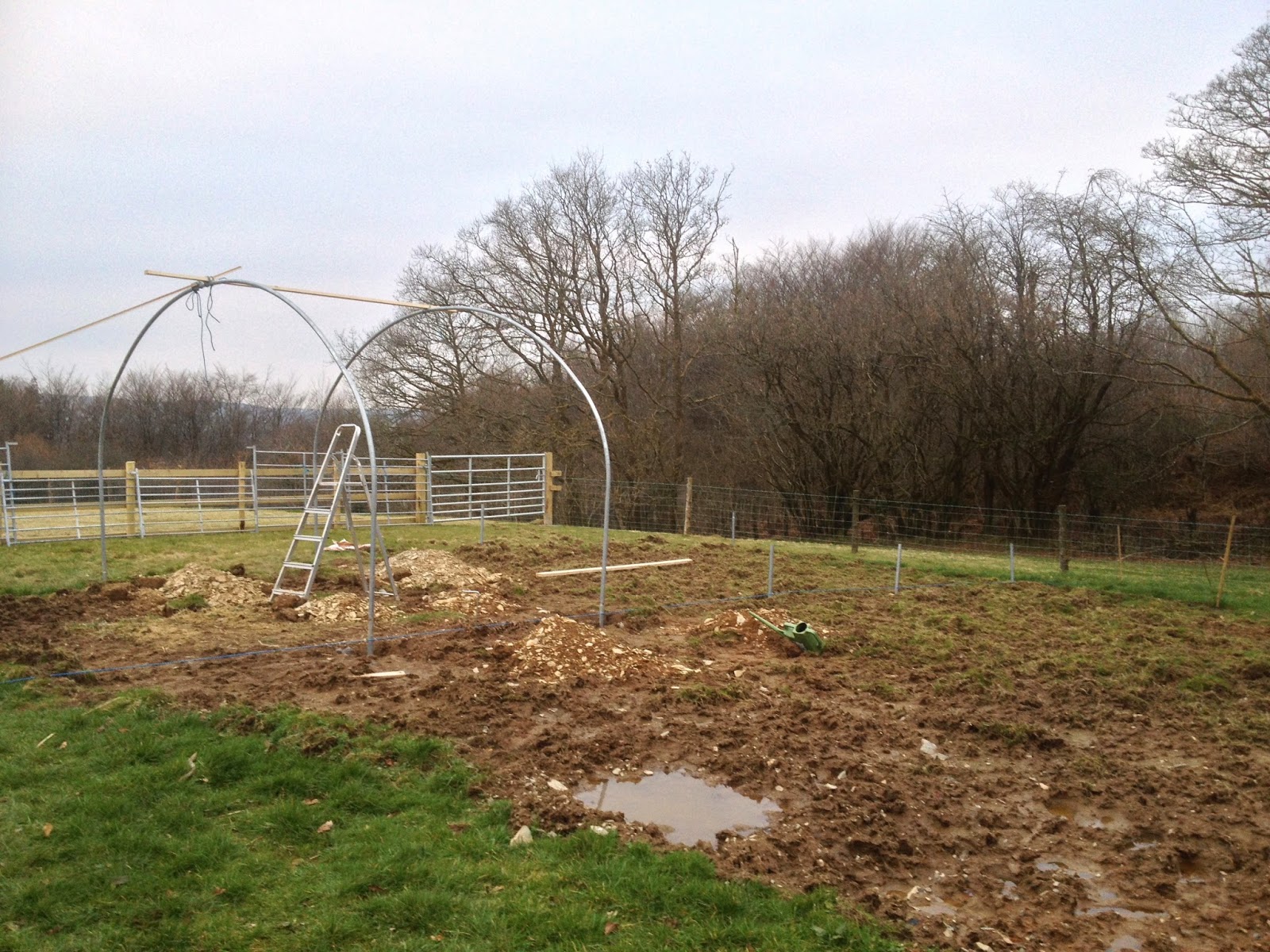 Its starting to rise up from the ground 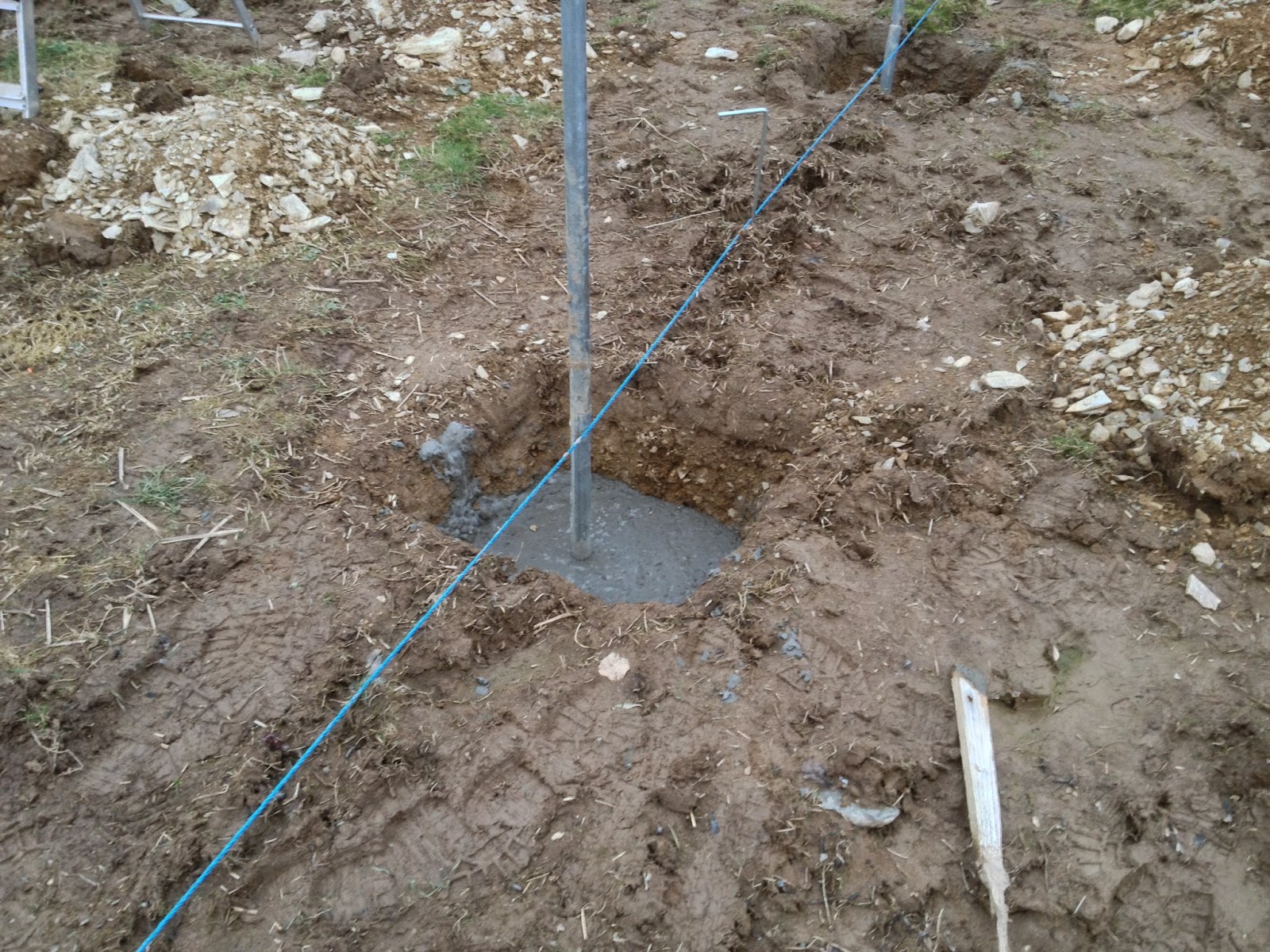 before it grows it had to be bedded down, the anchor plates needed to be set in concrete half a meter down, digging is tough as the ground is full of shale, its a slow process, but progress is being made.
Yesterday Martin said I could have a rest day, so he took charge of looking after animals, I spent the day cleaning floors, cooking stripping the bed and getting the washing all done I then did spend a bit of time laying out my quilt top, we were invited to K juniors 7th birthday party, he was having a lovely time with his friends on the bouncy castle set up in one of big sheds on the farm, Martin got friendly with one of the young bulls who decided he like the taste of Martin's Jacket. It was lovely seeing the kids all enjoying themselves. His mum C did a lovely job making a piggy bank shaped cake complete with chocolate coins.
Today I have been down the cabin doing some stitching, we have ad sunshine today but it as been cold, the fire is lit Martin has just popped down the forest on the quad and when he gets back we are having a take away tonight.
Tomorrow I am posting a book giveaway, I mentioned it the other week so pop along tomorrow to be in with a chance.
Posted by Dawn at 11:22:00