Its All Go Go Go

The Asparagus crowns arrived I had the bed ready for them 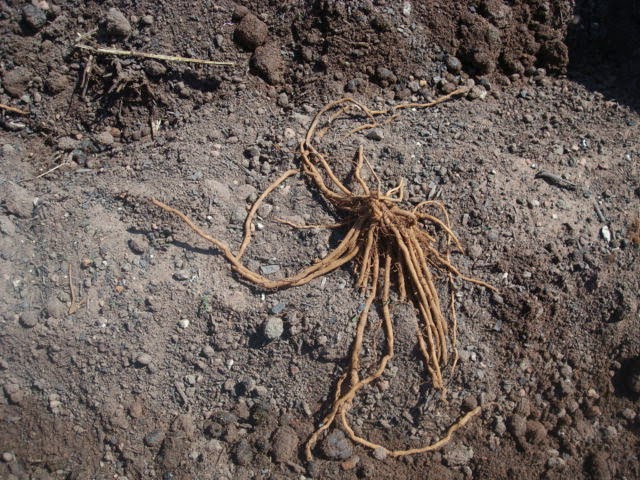 the asparagus crowns get planted on a ridge 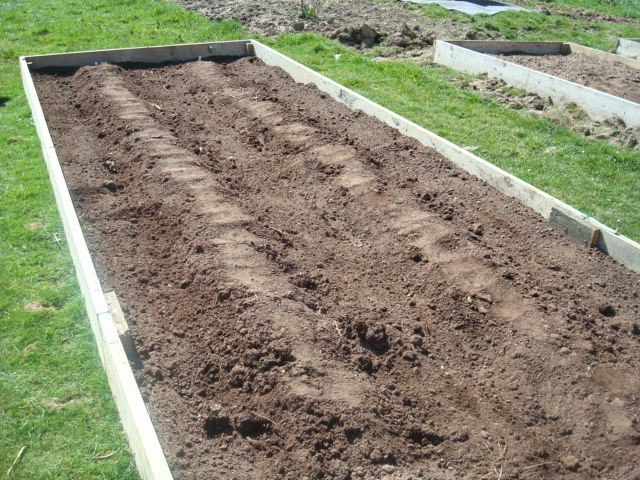 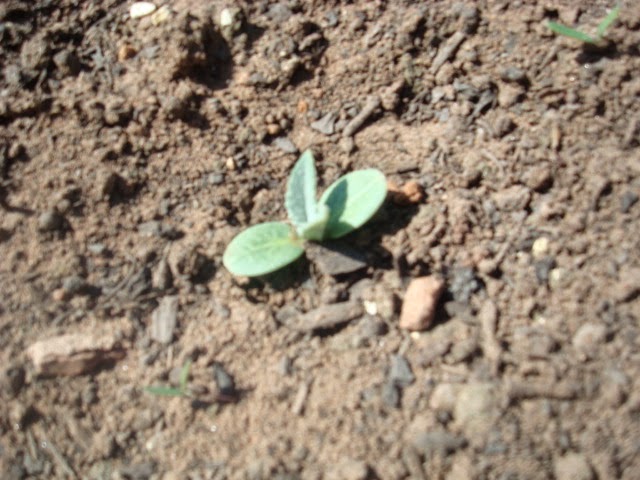 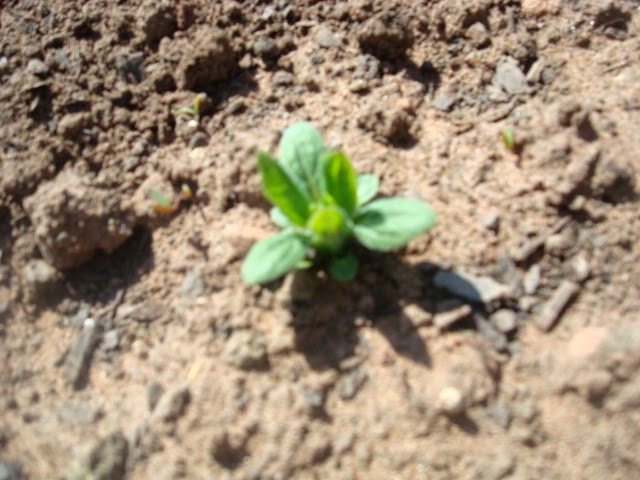 They are also starting to put on some growth.
The Oca will also be planted out in this bed 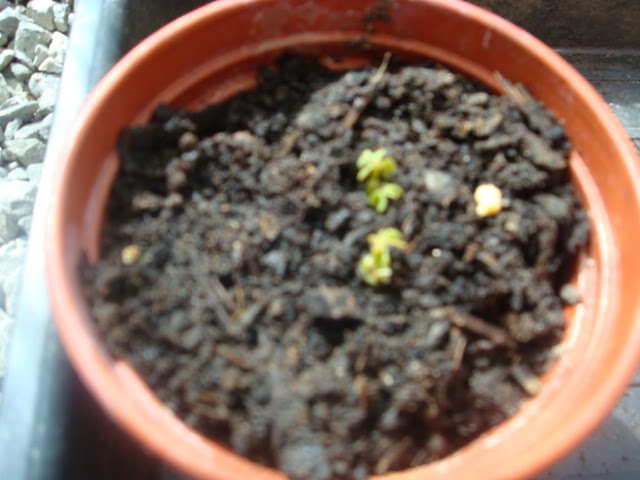 They are just starting to pop through but wont be planted out until end of May.
I have started planting in the Poly Tunnel 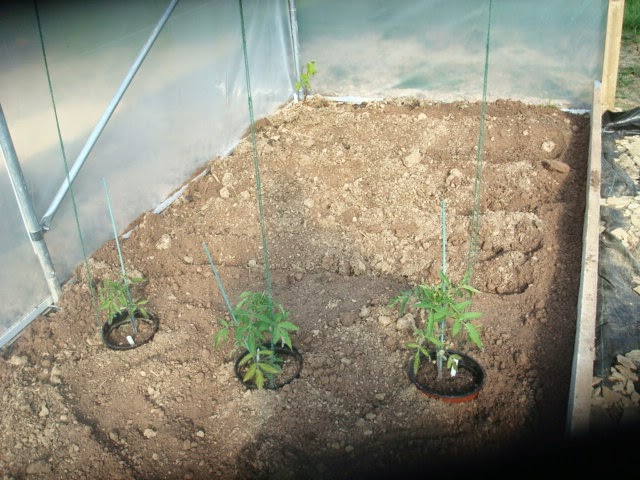 Some f the tomatoes are ready to be moved on I have taken the bottom off there pots and planted in them like that less root disturbance, they are about a foot tall now and starting to send out side shoots, behind them is a couple of rows of potatoes they were left over from the main planting, I have also planted a grape vine in the corner there is one planted at the other end as well, the roots are under the edge of the tunnel so are outside.
I have put together a run and fixed it on to the outside brooder 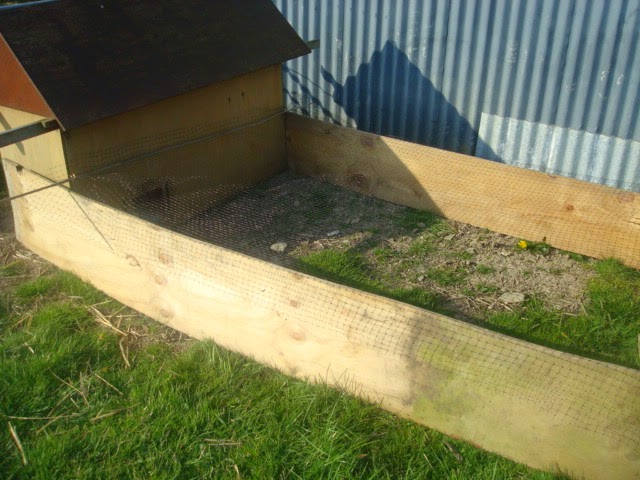 The ducklings have now been moved out there, they still have the heat lamp inside the brooder but now have the option of going outside, the run has been netted, the reason they have been moved out is because they are starting to smell, and the smell gets worse as they get bigger.
Today I also started Martins Dandelion wine for him 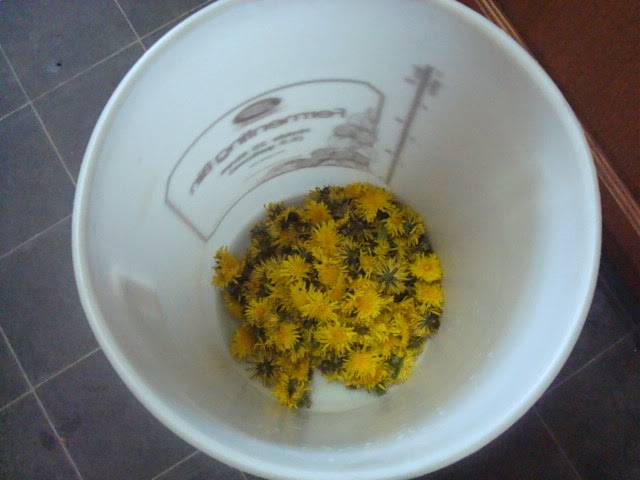 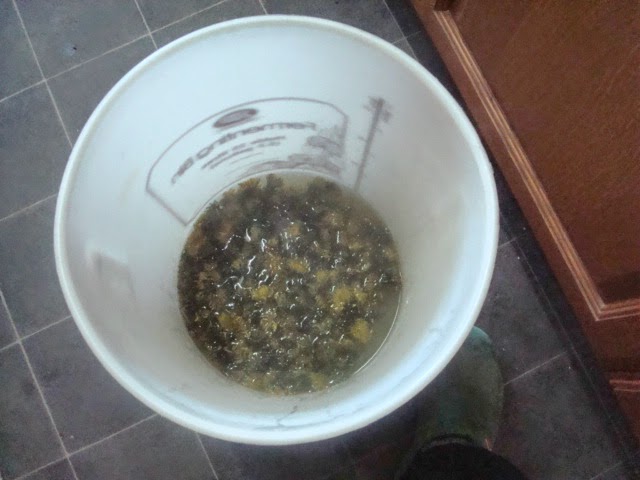 Pour on 4.5lt of boiling water stir and cover leave for 2 days, Martin will do the next stage on Saturday. Starting it on St Georges day means its ready to drink Christmas day.
It has been a scorcher of a day again, we haven't had rain for weeks now, the grass has stopped growing out in the field, I have extended Odd Jobs area with some hurdles to give him access to some grass, We swapped his paddock with the girls the other week end as they were down to nothing and he had plenty, the grass was growing then, I have moved Nick Nack into another paddock to give his a rest, now we just need the promised rain to green everything up,
I have been getting on top of the weeding and getting Lily bulbs plants and some Day Lillie's, I have also been sorting out hanging baskets, its a busy time.
Posted by Dawn at 12:45:00