Today I was potting on the Tomatoes 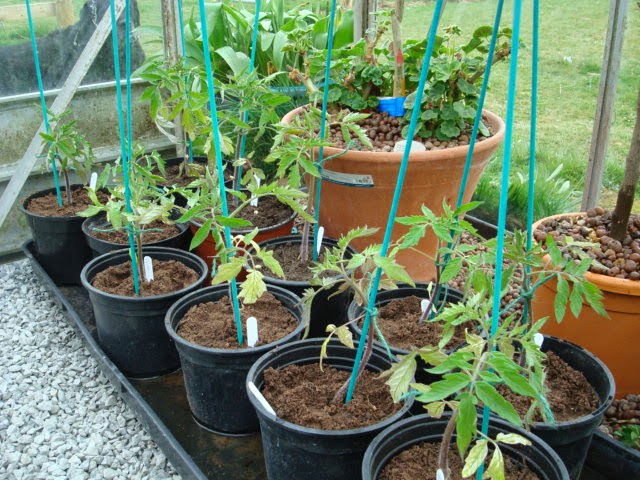 The next will be in the ground in the poly tunnel, some of these could have done with a cane for support earlier,  but they will come on. I still another half a dozen but they are not ready yet for moving on.
I also moved on the Lupins 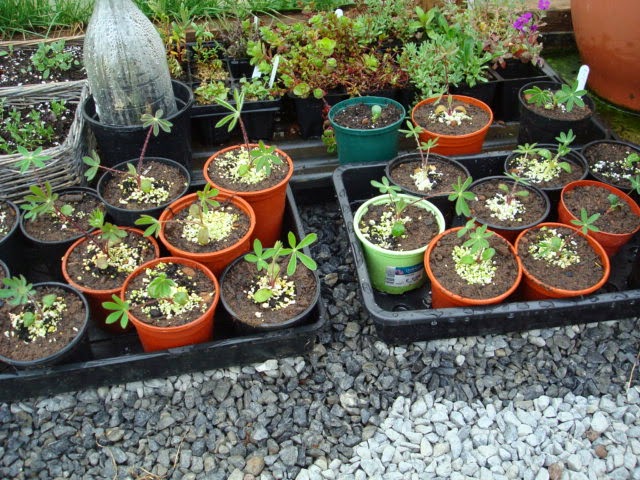 I have managed to grow 22 lupin plants from seed, they will not really come to anything until next year but it is a big money saver growing from seed rather than buying plants in, the flower seeds i am growing on have come free with magazines or have been gifts. Once they are potted on they get moved from the greenhouse to the small poly tunnel which is cooler its just like a big cold frame.
I made a start on pricking out plants as well, I don't really enjoy pricking out and always try to sow seeds individually in plug trays.

I was being serenade all afternoon with this lovely dovey couple 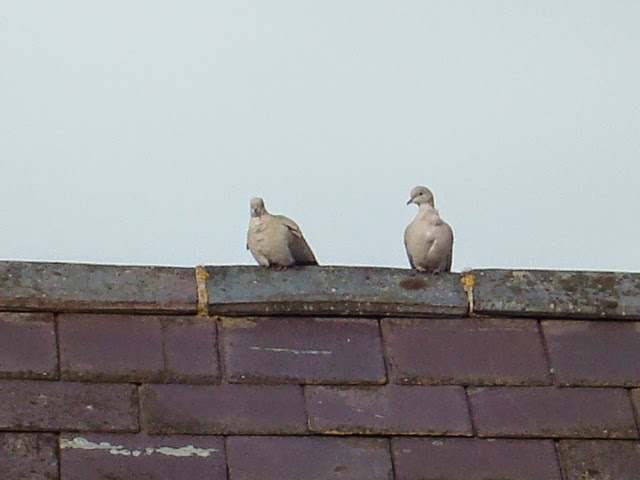 he keeps trying to woo her.
I realised that I hadn't shared my host of golden daffodils with you 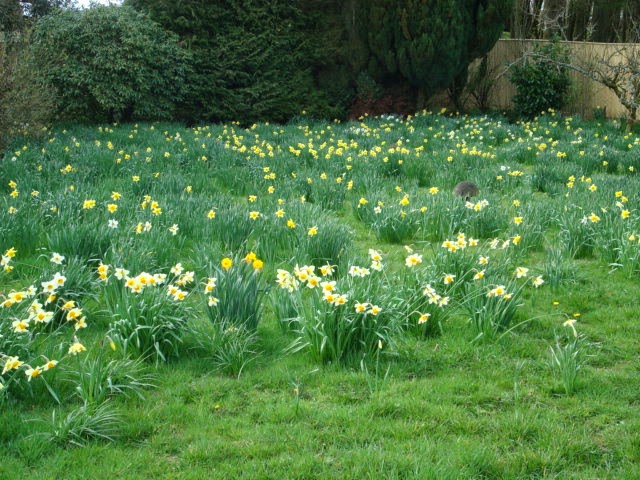 The lawn is full of hundreds of nodding golden heads.

Thank you for the concerns over the dog bite, I should have made it clear that the skin hasn't been broken, it was bleeding under the skin, its now tender and bruising has come out otherwise its fine.

Little Sunday hatched out this morning and is now in the brooder with the other two, the incubator has been washed out and set up again and now has another six duck eggs in it.