One Swallow Does Not Make A Summer

One swallow does not make a summer but two do 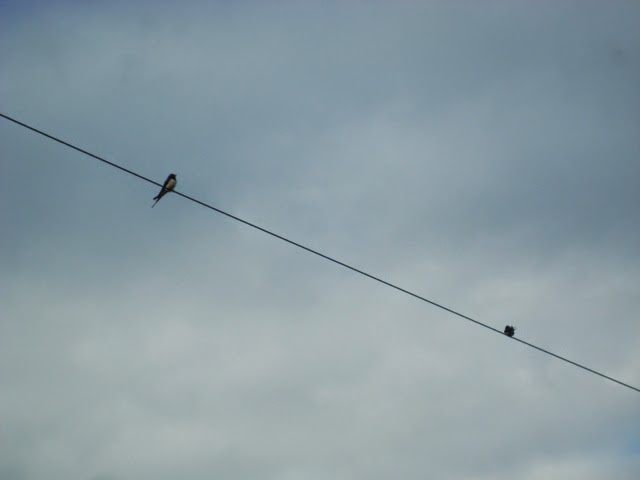 I watched these two sweeping through the sky and acrobat's across the field today, it looks like they are all heading back to start nesting, a sure sign that summer is on the way.
We were cutting back overhanging branches today 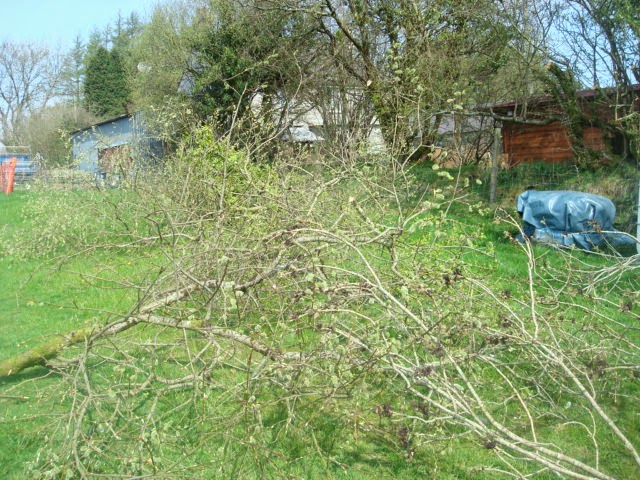 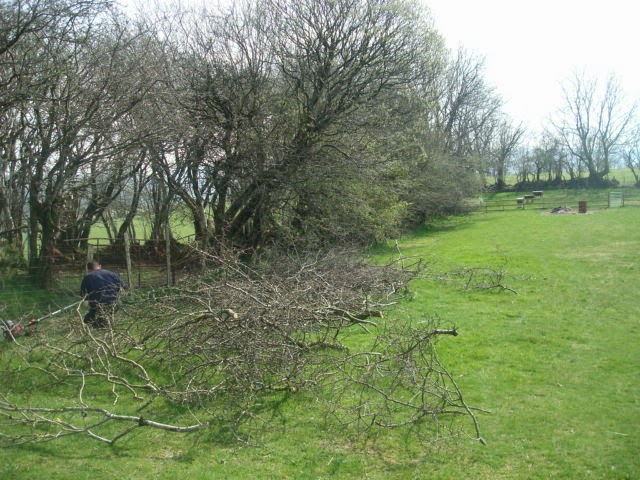 We had another poly tunnel frame to erect, this one Martin bought on eBay its only a frame and we are turning it into a a covered chicken run to protect the hens from over head attack from the buzzards, it is 6ft tall at the apex and 28ft long and 12ft wide, we will be able to move it around to give them fresh ground and keep them protected.
The growing poly tunnel now has the irrigation system set up 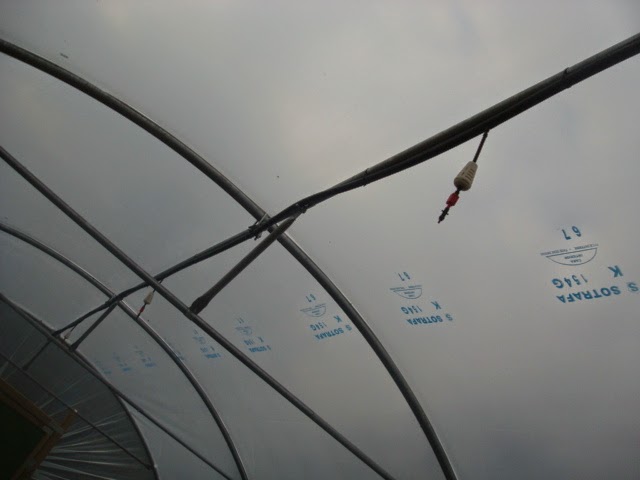 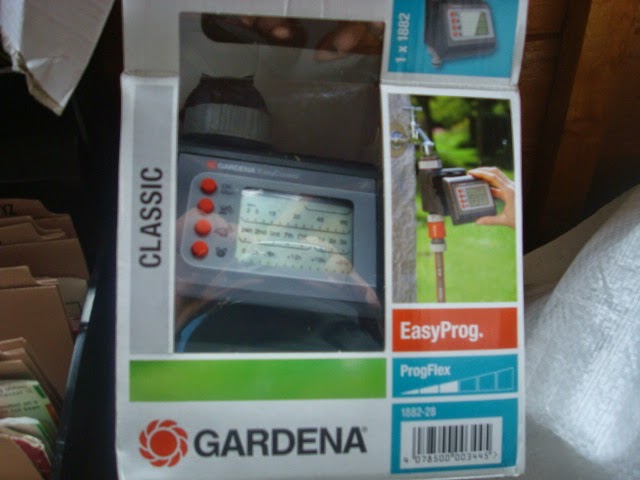 I haven't fixed this bit up yet, its very similar to one I already have.
Martin brought round some of the topsoil for me 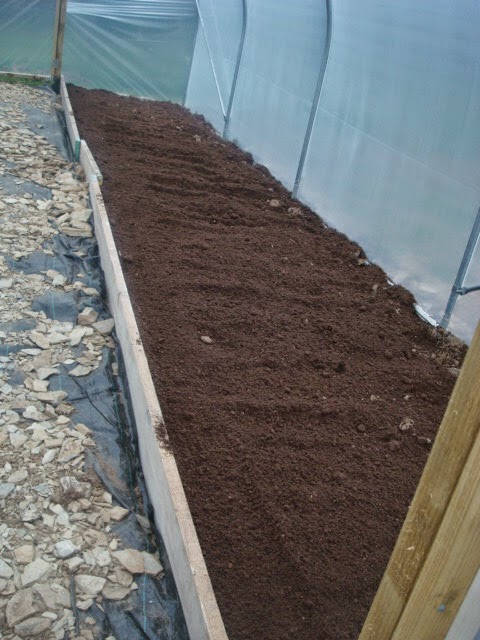 This half of the tunnel is now ready for planting, the other side I will get done this week.
Martin got the 3rd IBC tank set up with guttering on the shed, with 3 water butts and an IBC tank in the vegetable area I hope that will keep me in water, all I need now is some rain, we haven't had any for several weeks I collected the last of the water from the water butts today, there isn't rain forecast until Friday so there will be a lot of water hauling to do this week.
We switched fields this morning with Odd Job and the girls, the girls appreciated some extra grass.
I did a hive inspection today as well, we have lost one of our hives there is no-one at home, the other two are doing well, I don't know if the third hive joined forces with one of the others being a small colony or if they have flown the coop in search of pastures new.
We have two strong colonies so we will build on that.
We have just had dinner so I am going to get in the shower and into my pj's for a bit of a R&R evening.