The last little duckling hatched this morning, so the incubator is now empty. 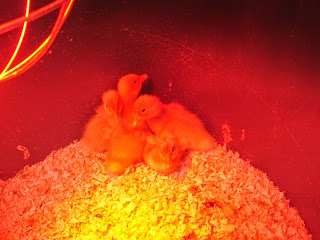 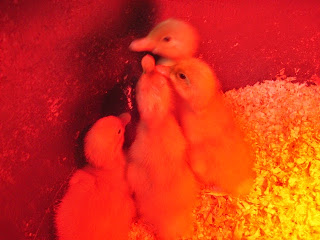 All four are now settled under the heat lamp and see to be doing fine.
The previous hatch that are now 4-5 weeks old are still doing well and starting to grow there feathers and this morning I could hear the first little attempts at quacks so it sounds like there little voices are breaking. 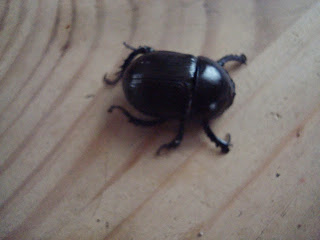 this one is a good guy, he is a dung beetle, I found him in the alpaca poo this morning 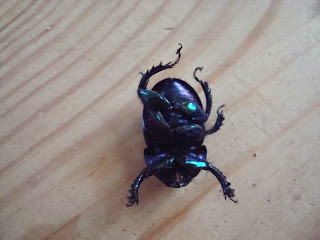 he played dead for a while, the colours underneath him were very iridescence, a lovely bug with lovely markings.
I haven't showed you much of Sol, he has been with us now just over a week and has settled in fine. 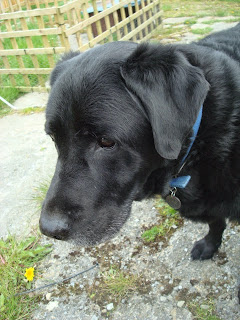 He as made himself at home, today I caught him lying on my bed, not for long I hasten to add 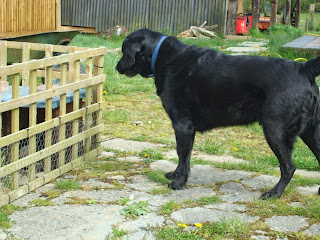 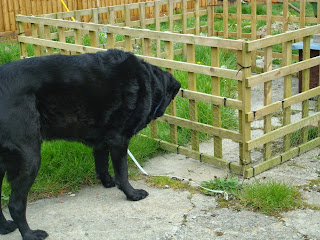 He like to have a session playing ball in the afternoon, I have been walking him with Kara up to the post box at the end of the drive, Kara plods along 10 miles behind us, today I walked Sol off his lead and he was very well behaved, both dogs stood at the end of the drive and admired the view, he seems to understand that Kara isn't well and when we are out walking he stops and looks for her and is happy to wait until she catches up, Kara tries to join in when we play ball but she cant chase the ball, so Sol drops the ball about 10ft away from me and Kara picks it up and brings it for me to throw again, after a couple of goes she is tired out and lays at my feet while Sol keeps going.

Other news, I got the peas planted out today and sowed some more radish, I also started planting in the borders that Martin started making for me, the passion flowers are in and the fig trees, tomorrow I want to get the big grape vine in, once the background stuff is in I can start planting perennials.
Posted by Dawn at 14:06:00