The other day I found out that animal do gooders have released some urban foxes into the forest, these foxes are trapped in urban areas and released into the countryside to prevent them being destroyed, what a stupid thing to do, these people have no consideration for the well being of animals at all. The same day I had just finished doing the animals in the morning when the alpacas started alarm calling so I went to see what was setting them off.
A fox in the next field, 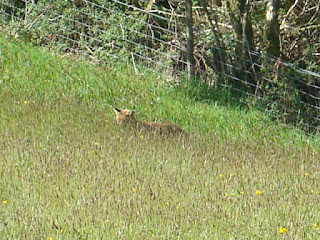 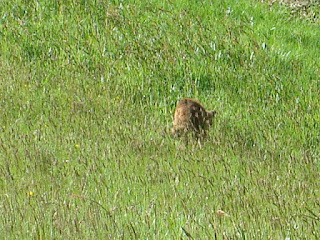 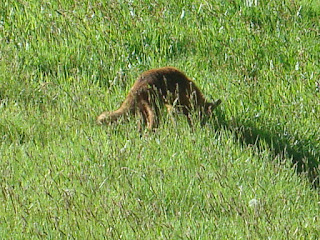 These photos I took from about 20ft away at 9-30 in the morning, I had walked through 3 fields with it looking at me and it was no put off by my being there at all.
I am thinking this is one of the urban foxes, it seems they come out during the day and are not put off by humans or dogs.
I even managed to do a short video of it
now we are on regular fox patrol and it will be dispatched.
Posted by Dawn at 01:07:00

Email ThisBlogThis!Share to TwitterShare to FacebookShare to Pinterest
Labels: Vermin