Fun And Games With The Bees

While waiting for Martin to get home I was expecting him at about 5pm the bees that had taken up residence in the barn decided to re-swarm I was sitting down with a cuppa when I could hear the noise and Sol started whining I went outside to investigate and yep walked straight into the swarm. 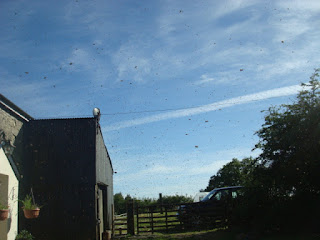 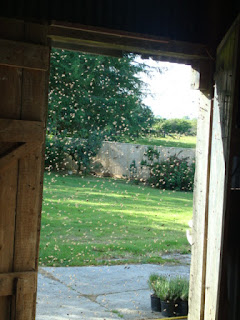 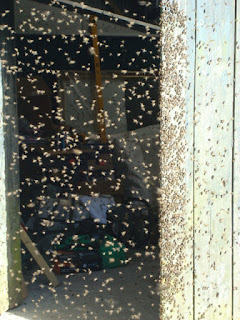 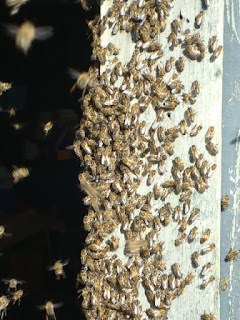 I managed to get some better photos for you to see this time, it was exhilarating standing in the middle of a swarm, when the bees swarm they are not aggressive all they are interested in is the queen, I phoned Martin to see how far away he was and warn him as he would have walked straight into them and probably panic, when he got here he went straight away to put his bee suit on while I was still standing there in a vest top surrounded by bees, I do find it really interesting watching  them, the bees don't scare me and the worst thing you can do is panic.
I did do a better video so you could here the noise of the swarm.
They did settle back into the empty hive and tonight we moved hive and bees down to the apiary with the other hives fingers crossed they are happy to stay there.

I promised you an update on the Chickpeas and Lentils 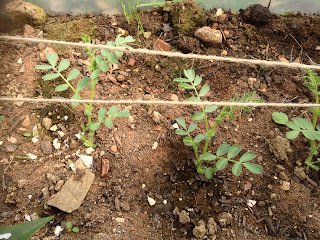 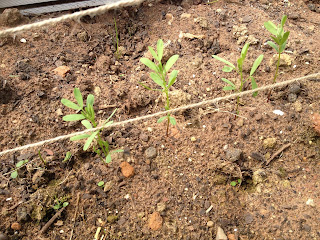 Lentils above
Both seem to be coming on great, they have grown taller since I took these photos a few days ago.