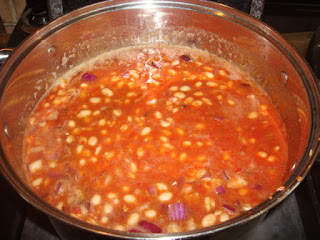 Its a simple throw it together method I use
1kg of dried Haricot Beans that you need to soak overnight change the water a couple of times and they soak better if you use boiling water, if you don't want to bother with the soaking you can use 5/6 tins of haricot beans but it does work out more expensive.
4 red onions chopped, 2-3 cloves of garlic optional, 25 chopped tomatoes I used a couple of containers of frozen tomatoes that I blitzed last year, 400ml of passata, 8tsps of sugar I prefer to use brown sugar, salt and pepper to taste, some rashes of bacon of your choosing optional again.

I chop the bacon up and pop it into a oven proof saucepan and brown it off then added the all the other ingredients bring to the boil then pop the saucepan into the oven  at 160 c lid off, after 30 mins stir and after another 30 mins stir again check to see if the beans are tender if they are its done if not leave in the oven  bit longer, you can also do the in a slow cooker for about 6 hours or over night. Once done you can freeze in portion sizes they will keep for about 3-4 months in the freezer
I canned mine as the freezers are fairly full. 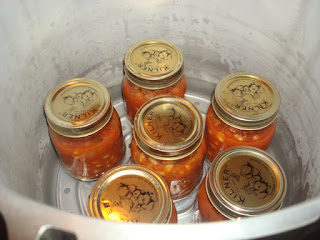 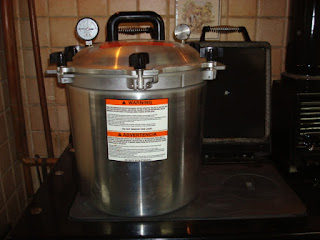 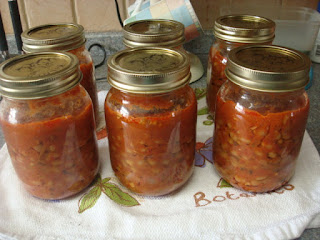 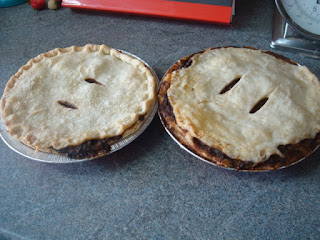 Not the best looking pies I was talking on the phone at the time and forgot to glaze them, never mind they will taste fine, it was a good excuse to use some left over veg in the fridge

I have been picking a nice handful of strawberries each morning, some are the white strawberries and some the red, i am guessing some have cross pollinated as they are pink. 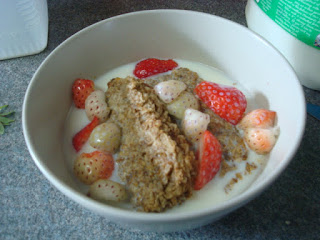 There isn't a lot of plants just a few I brought with me and I am growing them in containers in the tunnel, they are putting out plenty of runners, I will have a strawberry bed planted up in the Autumn.