Lambert Moves House And Sol Past His Test

Today Lambert was moving house to give his paddock a rest 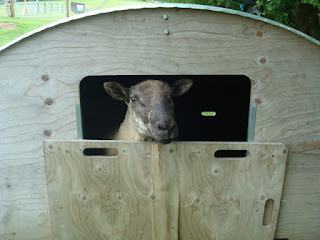 The paddock we wanted to move him wasn't connected to his paddock, he had to moved through Nick Nacks paddock then a spare paddock on rest to get to his new home, Martin waited until he went into his shelter then fastened his door closed 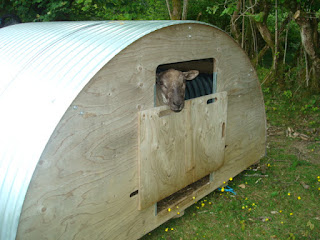 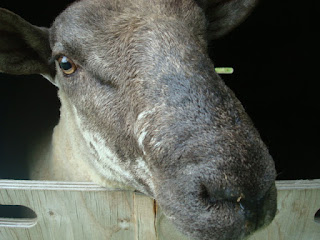 He seemed to enjoy the ride 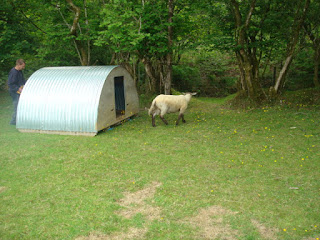 and is now happily investigating his new paddock

Today we went to the Welsh Game Fair and took Sol with us, when we got Sol we were told he has got a bad habit of lunging at other dogs wanting to play when out on his lead, this is something he got into at his last home as he wouldn't have be partnered to an Autistic child with this problem, I have been working with him trying to correct this behaviour and today was the test day, when we first arrived he was very excitable at the start with lots of dogs of people after a few corrections he slipped into work mode and behaved like and angel, he was a real pleasure to walk around.
He even allowed a stall holder to demonstrate a dog grooming brush on him  several times for people to watch he was so well behaved and it was nice to get comments on how well behaved he was, even in the tents that were packed with people he didn't falter once.
Once we left we slipped his halter off and he went back to being in Sol mode. When we got him he had lost a lot of his initial training now he has recovered those skills, he will sit and wait until you call him, shake hands, bark on command, high five, paws up for a hug and leave if he is showing interest in something he shouldn't be such as food on the floor, its now 7 weeks he has been with us and is a different dog completely, we have just had his adoption paper work through this week as well. 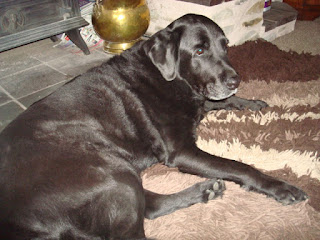