Last night I popped to Tesco to do my shop, I find doing it at night suits me better and saves me losing half a day going into town. While shopping I noticed they had bags of Watercress reduced from £1 to 10p 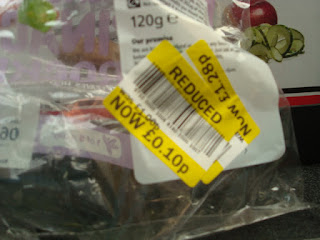 I got the bags out this morning planning on making some Watercress soup, two of the bags turned out to be Spinach Rocket and Watercress mix, so I popped them into the dehydrator 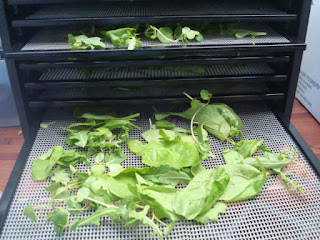 a few hours later all done 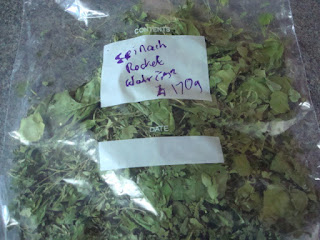 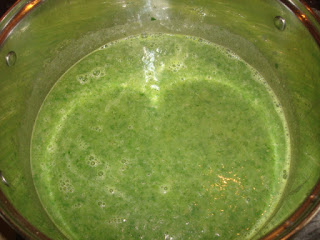 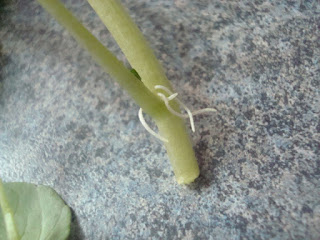 so I popped those into a glass of water to grow on.
I haven't grown any this year although I have the seeds.
I headed down the poly tunnel today as it was a day of showers and sunshine, I needed to sort out the tomatoes 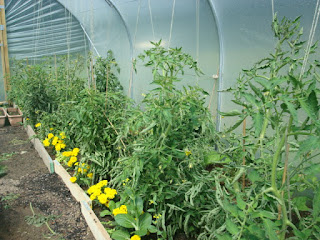 They were all a bit of a mess, I always check and remove side shoots but some seemed to have escaped my notice I also needed to twist them up and remove some of the bottom leaves to let some air circulate and get some sunlight to the fruits
I also did some weeding, I stopped at lunchtime for a much needed 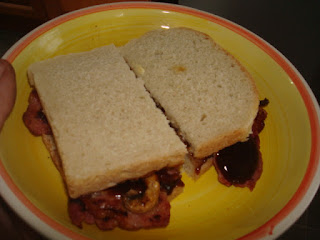 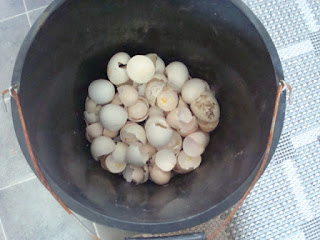 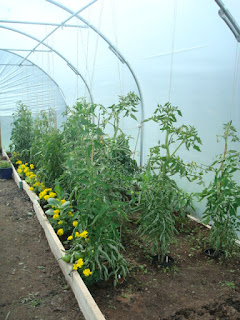 It all looked nice and airy afterwards with both doors open plenty of air can now circulate around the plants, I went to work on the other side of the tunnel while I was there taking some of the large leaves off the courgettes and pick a nice bunch of courgettes 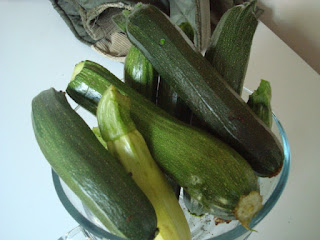 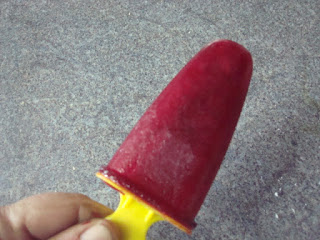 A nice ice lolly made with home made blackcurrant cordial.
Back to tunnel to tidy up 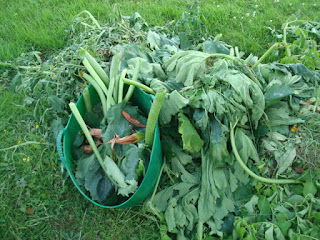 this was what I took from tunnel 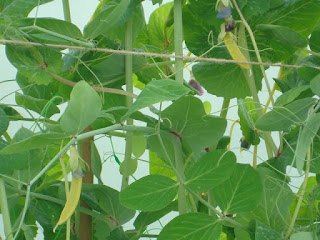 The mange tout in the tunnel that I thought were red pods are yellow pods and almost ready for picking, they have lovely red and mauve flowers.
Now on to these 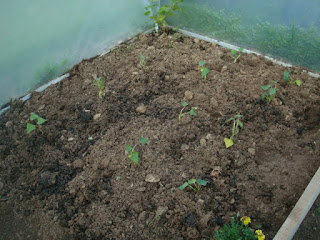 Sweet potatoes, they have just gone in, there is a story to these, back in January I pre-ordered  Onions, Potatoes Asparagus and Sweet Potatoes from Sutton's, the potatoes and onions arrived at the allocated time, the Asparagus I spent a couple of weeks chasing them on the phone being told they were running a few weeks behind, eventually they came, Sweet Potatoes were due end of May, May came and went and no sign I phoned them, I was told there was a delay because of the late spring and they would be sent out end of June, June came and went no sign of them, I phoned again and was told they were being dispatched, next I know I received a cheque refunding my money and a later telling me there suppliers had let them down and they would send me sweet potatoes next year free of charge. That's isn't much use to me this year, I got straight on to Thompson and Morgan and they had some as plants not slips so ordered them, they have an excellent root system and I hope in the poly tunnel I will manage to get a harvest from them. Needless to say Sutton's is now off my list. 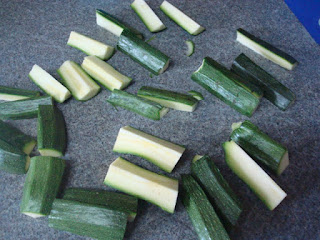 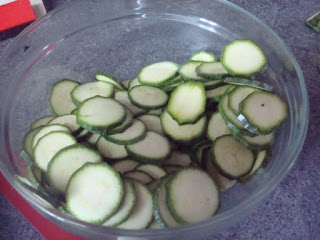 The courgettes have been chopped and sliced and are now in the dehydrator.
All that's left is to walk the dog, have dinner shut up the poultry have a shower then my day is finished.