New Life On The Ranch

Nick Nack is having to share his shelter at the moment with squatters,
A pair of swallows have set up home in the corner and dive bomb us and Nick Nack when we go near the shelter 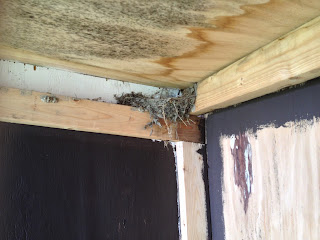 She isn't sitting on them yet still laying, I managed to pop my phone over the edge to get a photo 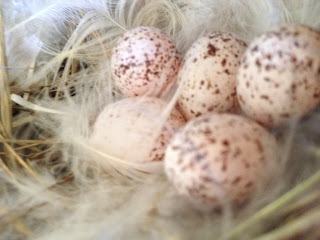 5 eggs and the nest looks like it has been lined with duck feathers.
This must be a second clutch of the year, we have already had clutches hatched around the place and there is lots of young swallows taking to the sky.

Daffodil looks like she is not far off giving birth 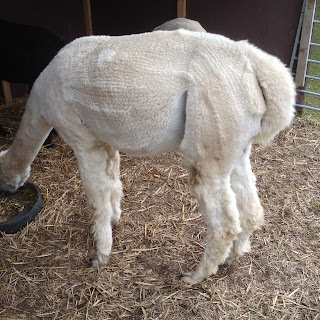 when I did the afternoon feeds I noticed she has dropped and her flanks now look loose and empty her udder is also starting to fill with milk. Her due date is 5th of August but can go 3 weeks either side I don't think its going to be long now before her Cria arrives.

I have been digging over the onion bed today, adding some more topsoil and manure 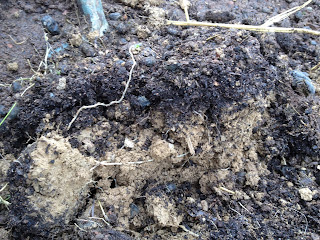 you can see the layers in the soil, the lighter colour is the original clay soil, when it was first dug over I lay on a load of spent mushroom compost, it has now had a layer of manure and topsoil added, the clay is now a lot more friable and there is plenty of worms 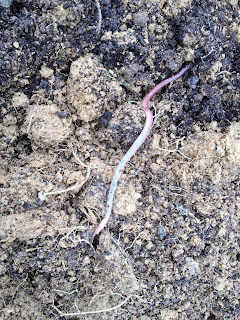 A good sign that the soil is improving, there were very few when it was first dug over. 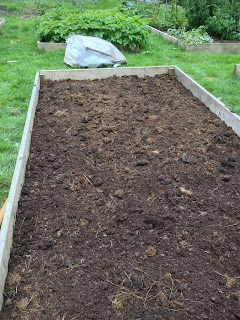 I am really pleased with how the soil is improving, I want to avoid using manufactured additives to the soil, I am sowing some more peas in here that will help add some nitrogen then in the Autumn it will be topped with organic matter from the compost heap.
Last night while walking the dog I spotted this 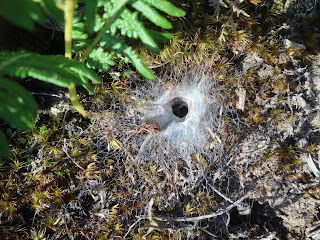 Its the home of a spider
It is about the size of a 10p and was in the bank
I have no idea what kind of spider it is any one know ?