Time To Get Saucy

As we have been using sauces in stock I am looking at making my own rather than buying in, today was Apple Sauce day, its not something I like or eat but Martin loves Apple Sauce with his pork, I worked out we roughly go through 3-4 jars a year.
The apple trees that I planted last autumn I removed the young fruit from to give them the chance to become established, there is an old apple tree in the garden it hasn't produced a lot it is bad need of a decent prune. 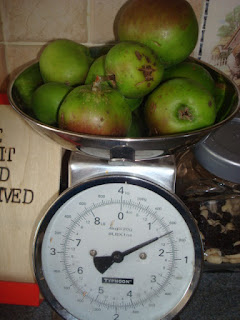 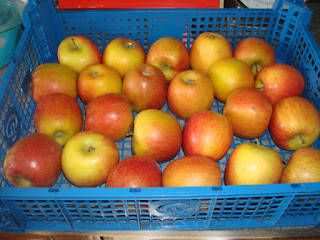 First wash your apples, then sterilise your jars, I am using the Kilner clip jars,
The rubbers taken off are put into boiling water 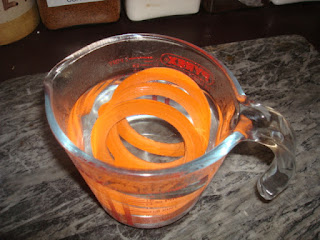 then the jars are popped into the oven 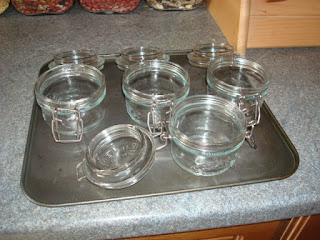 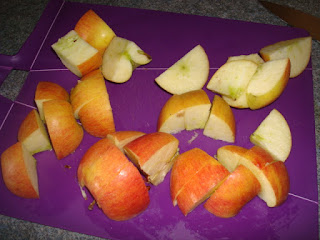 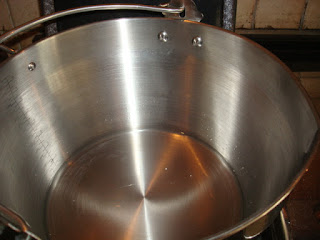 cook them down stirring until they are soft 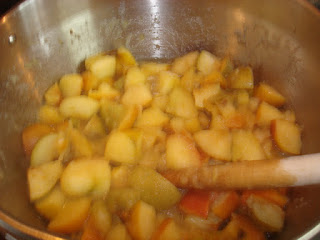 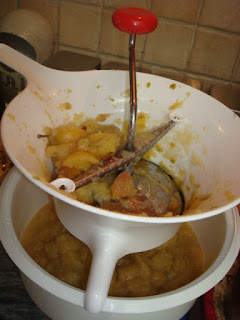 Then put them through the moulin to separate the skin and pips, if you haven't got one push the mixture through a coarse sieve 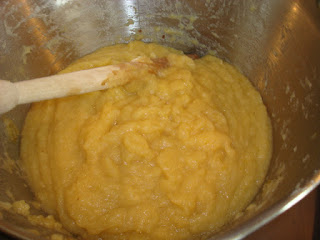 return to the mixture to the pan add a couple of tablespoons of lemon juice and sugar to taste, put back on heat and simmer until thickened about 10 mins 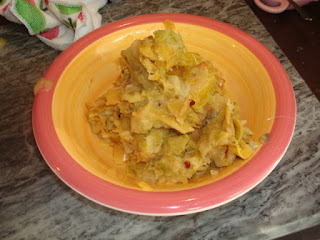 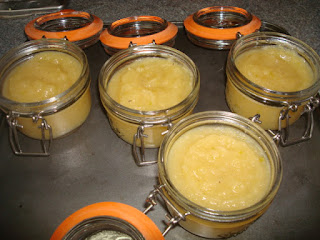 close up the jars, they now need to be processed to dispel any bacteria, I was doing hot water bath method with these, place folded t-towel in the bottom of a pan 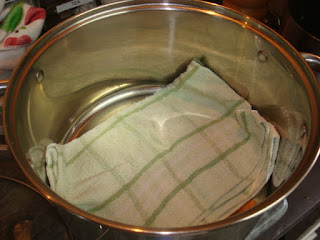 place your jars on top make sure they are not touching 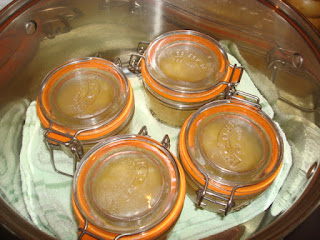 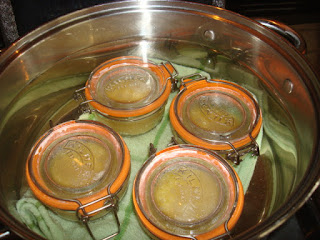 lift out the jars and leave to cool 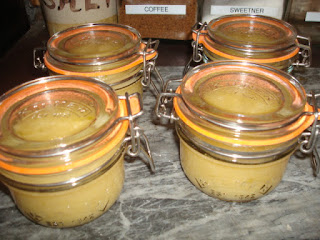 Once cool check the seal, undo the spring and lift the jar by the glass lid 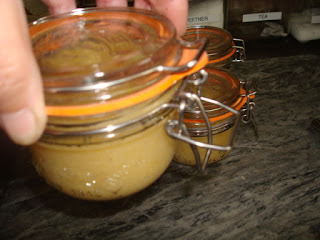 If a good seal has formed the lid should stay on if the lid is loose on any keep in the fridge and use it first. With a good seal and after processing store in a place away from direct light and it will keep for a couple of years.
If you don't want to process the sauce then once thickened leave to cool, pour into ice cube trays once frozen tip into a freezer bag or container then you can defrost small amounts as needed.
I have some sauce left over and that is going into the dehydrator as fruit leathers, I didnt use all the apples whats left will be dehydrated as apple flakes, will show you on my next post along with the tomato ketchup I will be doing next. :-)