Where Did The Week-end Go

Today I popped into town to get a few things and I had £8 of vouchers left to use in the garden centre they were going out of date in a few days.
I picked up these seeds 50p a pack 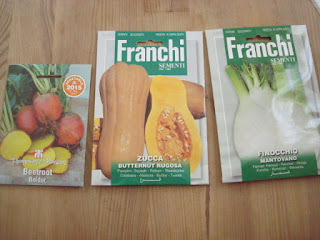 and a tray of leeks and some Autumn planting onion sets 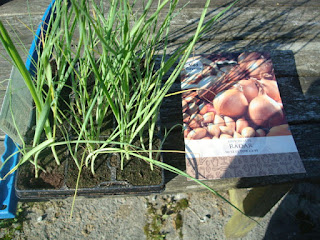 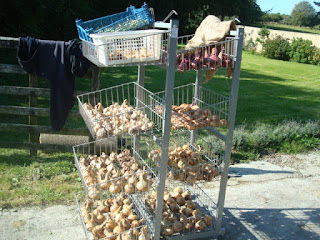 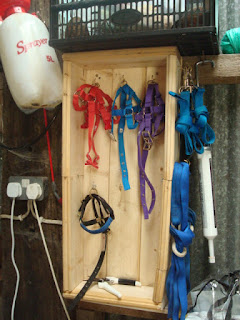 its being used for keeping the Alpaca halters
He also fixed up a spare kitchen cupboard for me in the barn, we had a couple of spare ones they were still in storage, he brought one back with him this week 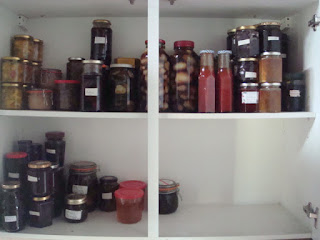 It gives me somewhere to store pickles and jams etc, there just isn't enough room in the kitchen, he is going to bring the other cupboard down next week, I can now see at a glance what we have.
For dinner I decided to use this packet of mix, I bought several variety's just before we moved thinking they would come in handy until we were more organised, I never used them as planned so before they go out of date I decided to use them up 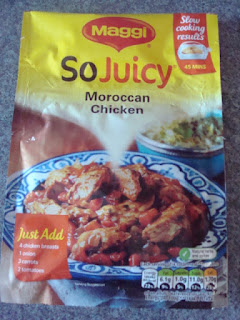 they were only 50p each, this one Moroccan Chicken just needed onion tomato and a couple of carrots just chop it all up mix the veg the chicken with the seasoning in a bag and pop in the oven. 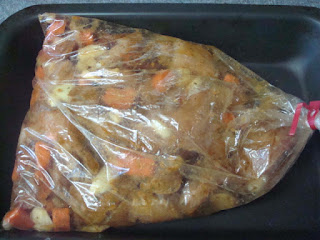 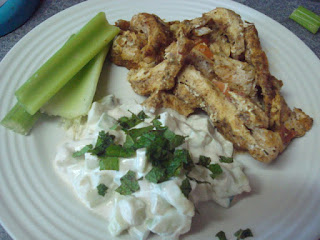 The Tzatiki was lovely and a good way of using up a couple of cucumbers (they are still coming)
As for the Moroccan chicken not something I will be buying again, juicy it was not, Martin liked it I thought it was very dry and not much taste, I still have two of these packs in the cupboard to use one is for beef and there is another chicken dish, I don't hold out much hope for them.

Saturday I had my usual stall in village hall, it was a good morning I have been selling on line too and I can now see that the stock is going down, the money from the sale of stock is paying for the goats and I almost have enough for a big walk in fruit cage. Next will be another Poly Tunnel, after getting back the afternoon I spent in my cabin making up more items ready for the Autumn Craft Fair.
All the money I earn goes back into equipment and things for the smallholding, I don't see the point in using our savings for that, and when we can we will by used again its a pointless exercise just throwing money away on brand new unless you have money to throw away. I did get a lovely chicken house this morning for £60 second hand.
Sunday I spent in my storage unit, organising more stuff to sell and packing up things for posting, while Martin got the field cut and topped the neighbours field for them, the week-end has just flown by with the help of some sunshine lots done and more money added to the kitty.