Domestic Goddess I Am Not

I am no domestic goddess unlike Bovey Belle I am sure she will be sharing with you her domestic magic soon.
Anyway I did have a day in the kitchen pretending 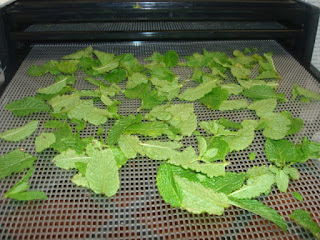 Before the herbs disappear for winter I got some dehydrated, Mint and 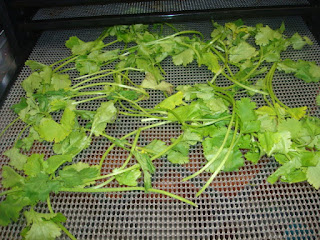 Coriander this time I don't bother drying any of the herbs that stay through winter I would rather use them fresh. 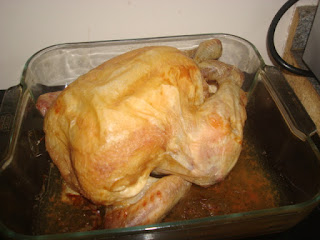 I found a chicken in the bottom of the freezer so I cooked it up, ready for some dinners and sandwiches. 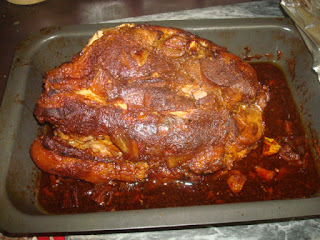 Along with a joint of pork, I took the skin off the pork and is was dressed in a honey and red wine vinegar marinade 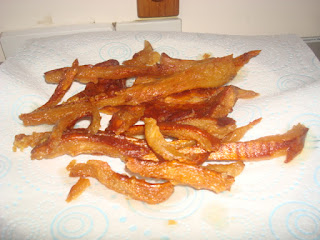 the skin didn't go to waste, it was cut into strips sprinkled with salt and put in the oven on a tray to crisp up, pork crackling for Martin one of his favourites 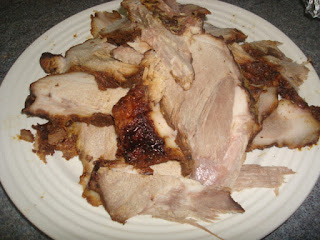 All sliced up, this was after we had some for dinner, this lot will be packaged and popped in the freezer for future quick meals 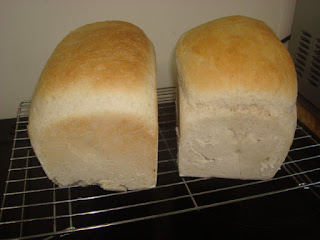 The usual weekly bread was made 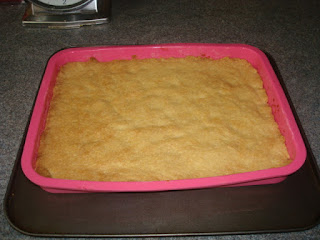 as I was in the mood for baking I did a shortbread base, just 2 cups of plain flour, 1/3 cup of sugar, 1 cup of melted butter mixed together pressed down into baking tin baked for 20 mins at 200 c 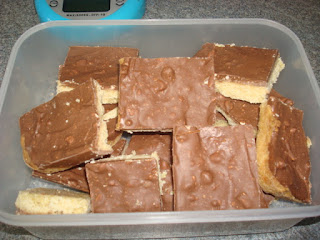 I had three tolberones left from Christmas so I melted 200g  (two and half left now) and spread it on top and left it to set then cut up. Chocolate covered shortbread. 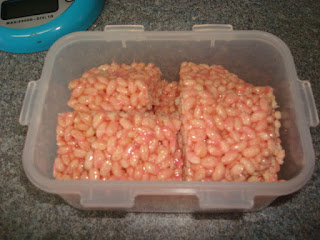 There was some rice krispies left in the cereal box, s I melted some marshmallows with melted butter, stirred in the krispies pressed them into a baking tip then once set cut up. Marshmallow krispies squares.
All these things are really quick and easy to do my idea of baking. :-) 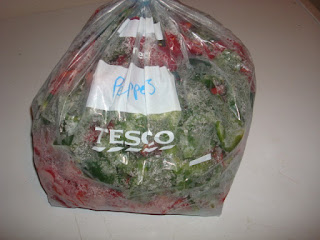 I had a box of peppers from the fruit and veg wholesaler for £1, they have now been diced and in the freezer, I think this the only veg I have bought since about May.

I will do a post during the week of what we are harvesting now and what is growing there is plenty of variety in the veg garden and poly tunnel. We are still waiting a frost and also waiting for rain we haven't had any for 3 weeks we have some rain forecast for Wednesday.
Anyone else spending time in the kitchen :-)