Yesterday morning while checking e-mails and messages I noticed there was a Wool fest on at Nearbeth, I did a google check and it wasn't to far from me, knowing that Bovey Belle was interested in spinning and weaving I sent her a message at 7-30am to see if she would be interested in going, yes she was up for it, after a shower and dressing in something that didn't look like I had been dragged off a farm backwards I went to pick her up, 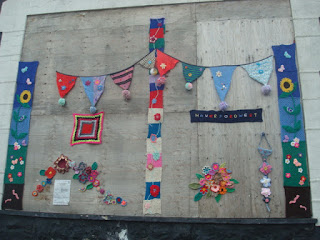 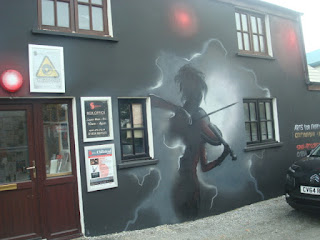 I loved the artistic work done on this building 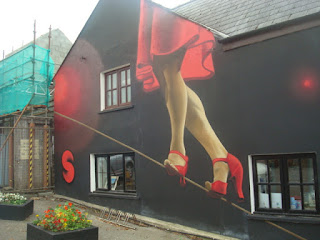 These were the only pictures I took, BB's camera is better than mine and she took some lovely photos of the event she will be sharing them on her blog.
We had a lovely time, I bought a few things I really needed for spinning and felting will share them over on my craft blog later today.
I got back home in the afternoon and back to work, I had defrosted a bag of our pork mince 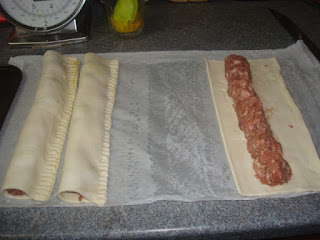 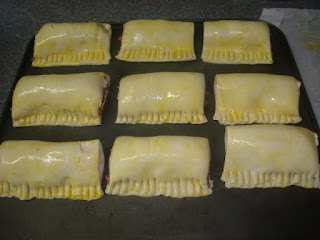 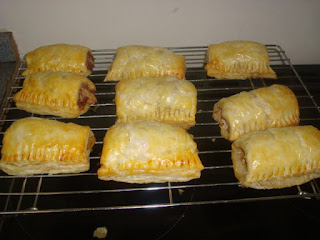 They turned out alright and will be added to Martins food parcel to go back to work with.
I had some left over pork mince 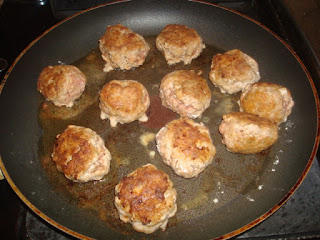 made it into meatballs, browned them off 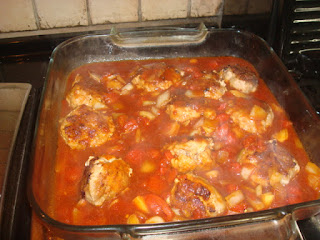 made up a sauce and pop it into the oven for dinner with pasta, there was enough for another dinner again for Martin to take back with him.
A very relaxing day all round, we have blue sky and sunshine this morning so I am off outside to help Martin tackle the front hedge that is as tall as the house,
we want to cut it down and tame it again as a hedge.

Email ThisBlogThis!Share to TwitterShare to FacebookShare to Pinterest
Labels: Day Out, Pork