I cant believe its Wednesday already, the week is just flying by.
Monday we took Sol to the vet for his booster and a once over, when he came to us 6 months ago he had a skin tag on his eye lid it had grown a bit and the vet suggested it was removed as it was now touching his eye, also one he had on his elbow. 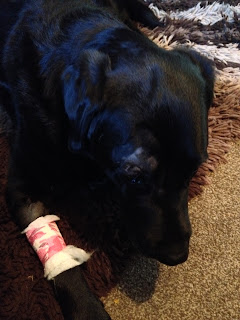 yesterday morning he went for surgery, I picked him up in the afternoon feeling really sorry for himself, they also found he had a broken back tooth so removed that as well.
I had a rough night with him as the anaesthetic was wearing off he howled almost all night.
He is a lot better today and I hope to have a good nights uninterrupted sleep.
We have been having glorious weather, chilly at night but blue sky and sunshine during the day. 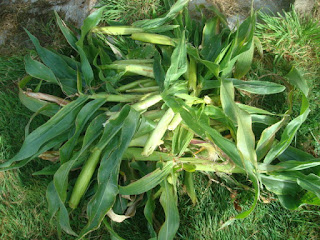 I have stripped off the baby corn 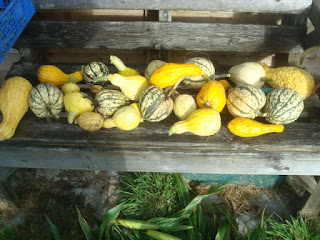 The squash are picked and set to cure in the sunshine 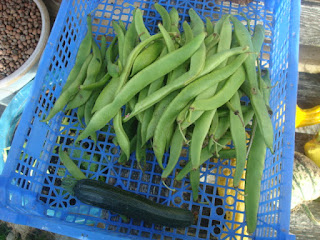 The last courgette, the runner beans are still producing 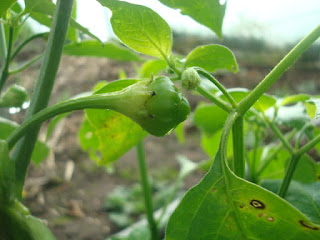 Dani from Eco Footprint was doing a seed giveaway of Piquant peppers I started a few of them off and now they have now formed fruit. 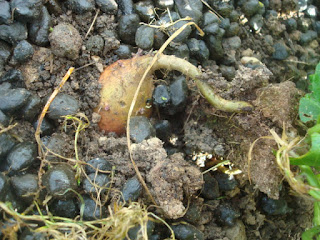 The sweet potatoes are forming, I spotted this when I went to earth them up. 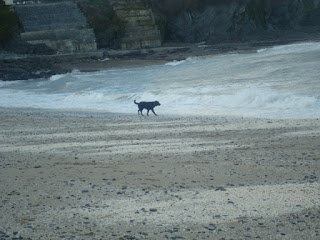 We also managed a trip to the beach, the sea was choppy, Sol paddled but didn't venture in for a swim this time.

Off to read up what every one has been up to then an early night for me.