All A Bit Of A Rush

Tonight I have visitors arriving, roughly the same time Martin will be getting home, daughter partner and 5 grandchildren, there plans have changed for the week end so instead of just a one night stop as they were passing through, they are now passing and stopping for the week end.
They will need supper when they get here so I have knocked up some 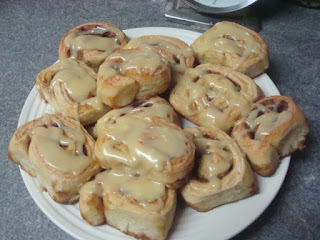 Cinnamon Buns, I made them using a crazy dough recipe HERE the instructions are also there for doing the cinnamon buns. 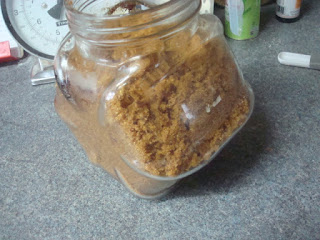 Which I needed brown sugar for, there wasn't enough in the jar so I had to make up some more 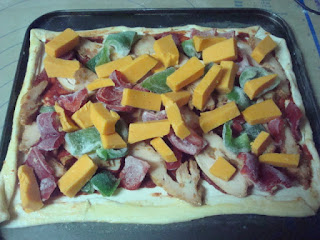 A rummage in the freezer produced some puff pastry, cooked chicken and peppers
I rolled out half the block spread on some tomato puree, added the chicken and some peppers threw on some chunks of cheese into the oven until I think its done.
Also found some mini pasties and mini toad in holes in the freezer so have taken them out as well they can be warmed through in the oven when they get here.

Right must shut the chickens, quick change of clothes then dash off to pottery, the fire is all laid ready to match too when I get back, the beds are all made, house is spick and span