Did some batch cooking today,
Using one of the recipes from Pioneer Woman Dinnertime book 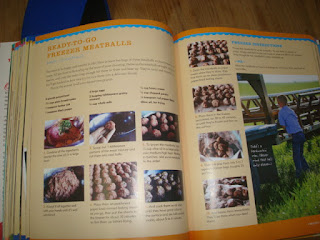 Ready to go freezer meatballs, one of the things I like about her books is the suggestion of making of batches of the basics ready to use in meals
The meatball recipe makes 125, well not having a family of six to feed just the two of us I halved the recipe. 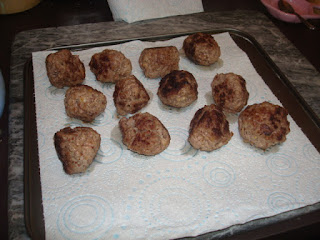 There was trays of meatballs all over the kitchen 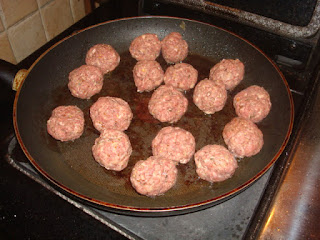 some in the pan being browned off 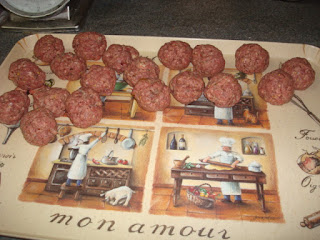 some waiting to be browned off 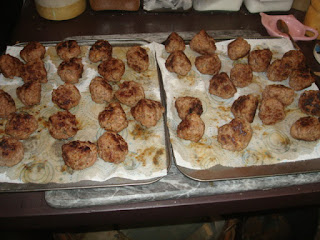 draining and cooling, once they were all done, they were popped into the freezer on there trays for a couple of hours before being bagged in portion sizes ready to use. Enough there for 8 meals.
I decided to use one lot for dinner 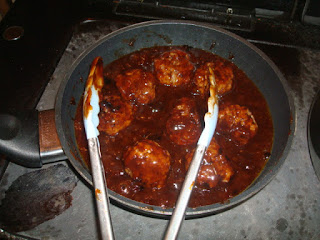 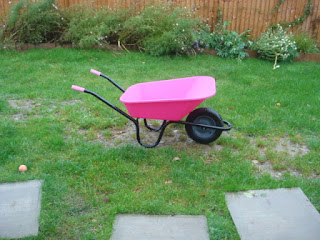 I had mentioned to him a few times about having a second wheel barrow, very often he is using the one we have and I need it, he saw this one in the builders merchants and thought of me, it was from the Breast Cancer Awareness range they were selling as a fund raise.
I think its really smart

Tomorrow some of us bloggers are having a get together, really looking forward to it,
tea and cake and a good chin wag :-)