The day started with a call to the vet, I had phoned them yesterday regarding the goats feet, but they were all out on emergency calls, anyway this morning I told them about the foot problem and how little progress was being made, I had to go and pick up some antibiotics and a different spray to teat them with. 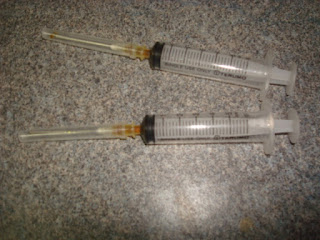 The injections were all ready for me at reception so it was back home to administer, of course Martin headed back to work this morning and trying to inject two feisty goats on your own isn't advised, my lovely neighbour came round to give me a hand, this time it was an injection of antibiotics into the muscle, I did a bit of research on the web before hand, it didn't take long, then a clean up of there feet and a spray of the blue stuff this time that has to be administered daily.
I hope to see some improvement in a few days, there feet were a bit better than when we started treating them but they were not improving quick enough.
Administering the injections myself saves the cost of the vet visiting. 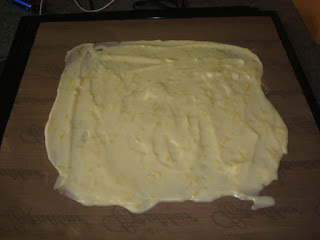 They were spread out on to the sheets from the dehydrator 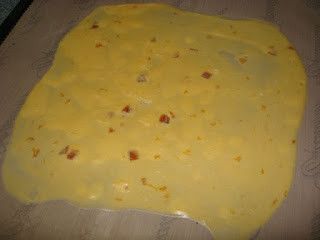 popped into the dehydrator for a few hours 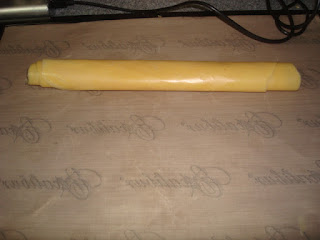 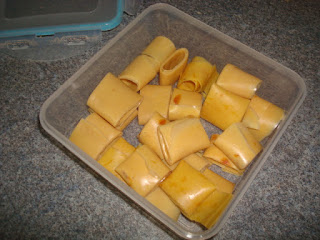 snipped into bite sized chunks and stored in air tight container, they make lovely sweet treats, they taste like the fruit salad sweets you used to get. I like them so do the kids.

Next up was ice lollies 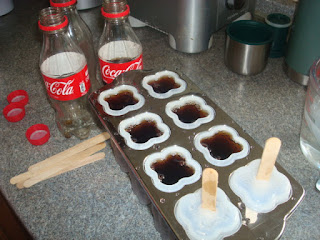 I needed some empty coca cola bottles for a project, rather than waste the drink inside I turned it into ice lollies, after doing the first batch I have decided its better to let the pop go flat before freezing,
it overflowed as it was freezing.

Yesterday I harvested the last of the Corn on the Cob, we had some for dinner
the rest I blanched and vac packed 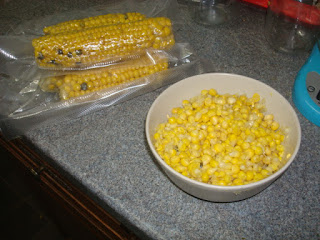 for the freezer, there were some cobs that hadn't pollinated properly, I cooked them and took of the corn kernels, they are also in the freezer and will be used for sea food chowder.
There was a bit of cross pollination with the corn, I had a couple of red corn plants and they cross pollinated with the usual corn causing some dark kernels, they are fine to eat.
Next year I plan to grow the corn in the poly tunnel, the problem this year was when they needed pollination we had foul weather in the poly tunnel I can control the pollination better.