Bit Of This And That

First an update on Thelma and Connie 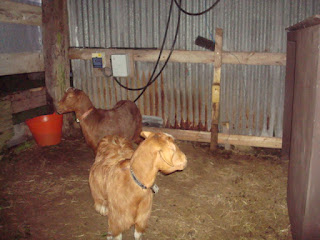 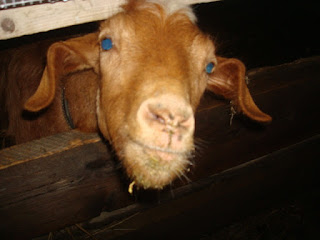 and demanding wanting a digestive biscuit in the afternoon, pregnant goats have cravings too.
Now those cockles we got at the week end, BB was asking if we had to go out far for them, well there was a whole strip of them on the wet sand about 100 yds from the parking area, Pioneer Poppy I suppose they are just a small version of your clams.
After purging the for 24hrs Martin found a recipe he wanted to try and cooked them in cider and garlic they were served with pasta. 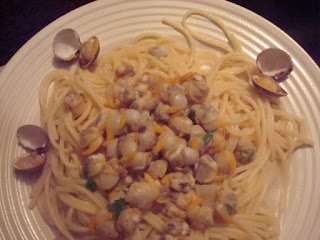 Now the sour dough starter I have been feeding it, keeping it warm
its doing everything it should be doing.
tomorrow is day six and it will be ready to use
I have a recipe picked out ready to give it a try. 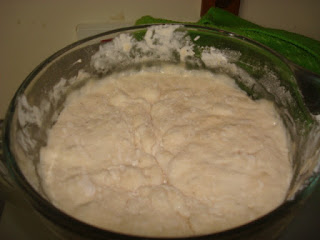 The box of mushrooms, after having them with everything
I was going to dehydrate the ones left,
But I have two big storage jars of dehydrated mushrooms so I decided to can them instead. 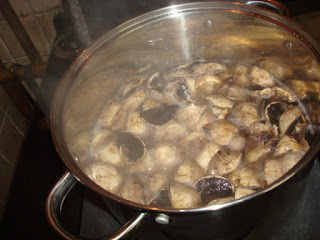 After washing they were chopped and popped into a pan of water brought to the boil for 5 mins,
then into the canning jars 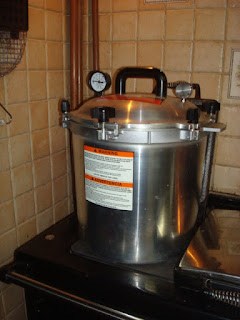 and kept under 10lb pressure for 35 mins 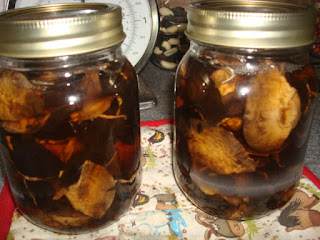 there was only enough to pack 2x1pt jars, next time we get a box full I will can the lot,
It always seems a shame that mushrooms cook down to next to nothing, you can have a big pan full and end up with such a small amount, still they will be a lovely addition to casseroles.
(word of warning only ever can commercial mushrooms never wild ones)
The fridge is looking fairly empty at the moment, as we are buying in so little fresh food if any, there is half a pack of pastry, milk butter, cooking chocolate orange juice, some open bottles of sauce and pickles, lard and that is about it.
I have a plan for the pastry tomorrow.
There is a bar of Galaxy that I plan to have while watching the Pottery Throw Down tonight :-)