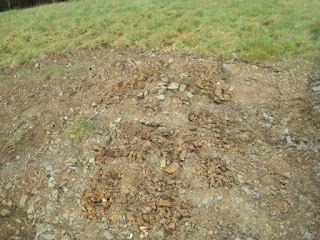 Got the Daffodil bulbs planted 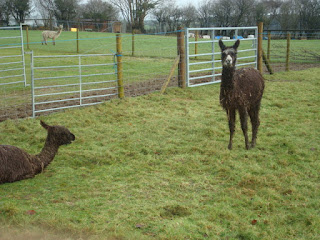 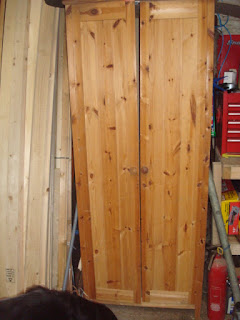 First up was this old wardrobe, it was part of the bedroom set we had in the spare room,
its moved house with us several times and is on its last legs. 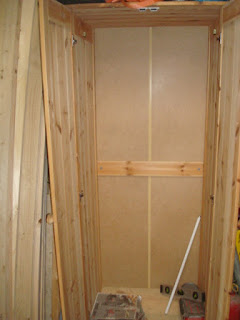 Its been sitting in the barn all this time unused, its not going in one of the bedrooms, so I thought I would make use of it. 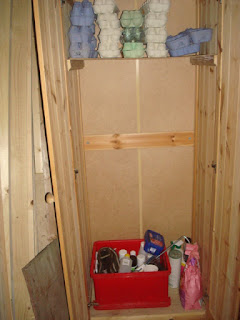 I put a shelf inside it, somewhere to store the egg boxes that were hanging around in various places.
I also moved all the livestock medicines and first aid stuff into the bottom.
I want another couple of shelves put in there, but I will have to see what wood Martin has not ear marked for projects.
Next I cleaned up all the feed station area 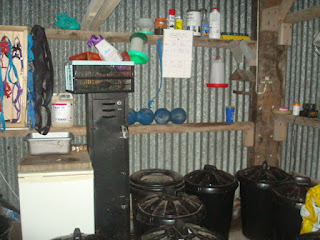 all tidy and organised again, I washed out all the unused feeders and put a white board up listing who has what also including the vets number
Swept all the floor there was loads of hay and straw all over the place 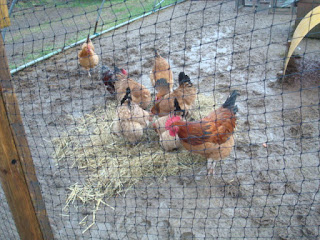 the sweepings got thrown into the chickens to scratch through.
there was crumbs of animal feed amongst it too. 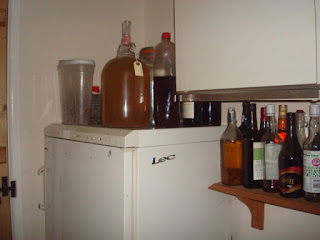 Next I moved on to the porch (boot room) cleared out a load of stuff from the top of the freezer, moved all the bottles from the kitchen into the porch 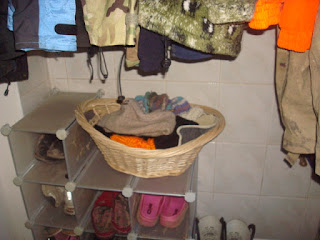 Found a bigger basket for all the hats and gloves that hang around in there. Want to get all the jackets washed next. 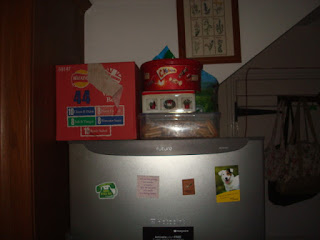 The top of the fridge go a sort out too, along with the windowsills in the kitchen,
All the crap has now been moved out
things put away, surfaces washed down. 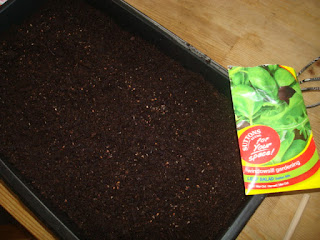 Having cleared a bit of space on the kitchen windowsill, I sowed a tray of mixed salad leaves
to sit on the windowsill, they should be ready for picking 3-4 weeks.
Lots crossed of my list today, tomorrow I have to make a trip to Swansea, not looking forward to that but needs must. Not expecting to get many things done on the list.

When I was in the shed this morning I remembered I hadn't shown you what I got Martin for Christmas. 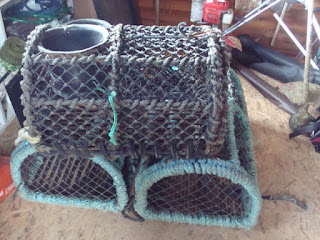 Lobster pots, ready for when he gets his boat.
I bought them off some-one local, they were a lot heavier than what I thought they would be.

The weather its been cold today, sunshine and showers,
I managed to avoid all the showers and stay dry today for a change.

Email ThisBlogThis!Share to TwitterShare to FacebookShare to Pinterest
Labels: Seeds