Turn Of The Goats

The day started as normal, feeds, water, hay collect eggs, bring in logs
then it was the turn of the goats
there house was given a good clean through 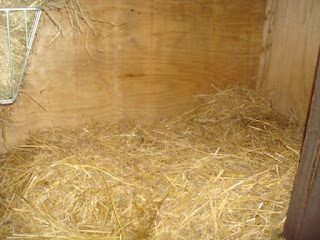 goats are not very houseproud, they will soil and relive themselves in there bedroom
after forking out the old bedding and scrapping the floor, it was a fresh layer off wood shavings
then a thick bed of new straw
Hay rack was refilled 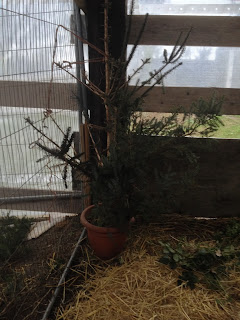 after christmas was over I asked for next doors christmas tree
the goats like it to have a bit of a nibble on and scratch on
it was laying on the floor of there enclosure I stuck it in a pot and added a few fresh pine branches around the bottom, I have tied the tree up so they cant pull it over 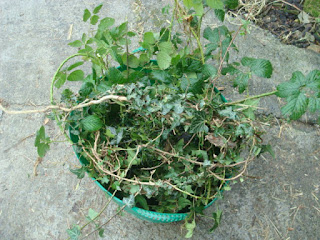 I collect them some fresh greenery every day today it was brambles, holly and ivy 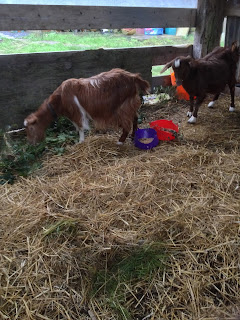 they do enjoy the greenery, it adds some interest to there diet of dried food.
water filled up, they go through a fair amount of water,
there enclosure was laid out with straw as well.
Goats all sorted
sorted out the rubbish for collection, pop it in the car to drop off at the end of the drive,
I made a dash to the post van, only to find it wasn't Wednesday it was Thursday and I had missed it,
It also meant I had missed the rubbish collection oh well it will come round again in a fortnight
Back home again, rustled up some lunch
got some bread on the go 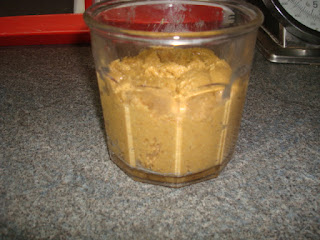 made up a new batch of peanut butter, I love peanut butter but would rather pay 27p than £1 or more,
its one of the easiest things to make, large bag of value roasted peanuts into the food processer, blitz them up, then add 1tsp of sugar (optional) 2 tsp of sunflower oil blitz together there done.
That was easy,
Then it was hoover through upstairs down stairs in the ladies chamber
Wash the floors
then off to walk Sol down the woods
Back home again in time for another round of feeds and collecting eggs,
then sit down open the post 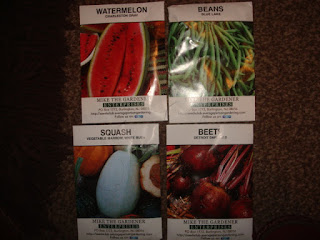 January delivery from the Seeds of the month club,
Watermelon I tried last year they were doing alright but we didn't get the summer they needed,
Squash White Bush a new one to try, the squash we grew last year did really well.
Beans this times its Blue Lake not come across these before, last years beans did really well.
Beetroot Detroit these were another successful crop last year.
Its nice getting this little surprise package each month, you never know whats going to arrive.
It was egg and chips for dinner
So how was your day :-)

Email ThisBlogThis!Share to TwitterShare to FacebookShare to Pinterest
Labels: Goats, Seeds, self Suffiency