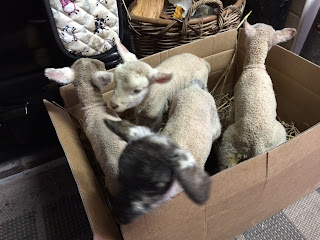 I collected these 4 little runts the other day from a local farmer
They are from ewes who had triplets,
Some ewes struggle with triplets and the smallest one's are the ones that lose out.
These were a scrawny bunch,  there skin was all loose and baggy and they wee very unsteady on there feet.
They are a couple of days old getting them to take a bottle was a challange
but after 24hrs they had just about mastered it.
Bottle feeding lambs is time consuming and it was taking an hour at each feed
6am, 10am, 2pm, 6pm, 11pm, as well as having to making up feeds and then there is all the bottle washing.
I hope in a couple of days they will be able to get on with self feed bottles set up on holders.
If I can get them through the next few weeks they are in with a chance.
I had to write numbers on them as three of them are very alike and I needed to know who I had fed. 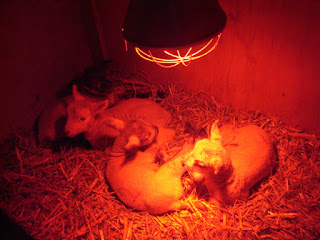 They have been under a heat lamp and in a small closed off area to try and keep them warm.
If they make it they are destined for the table so no names for this lot.
A couple of days on and there is a marked change 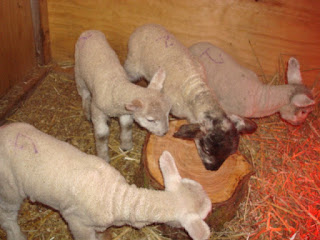 They are filling out and becoming demanding for food,
number 3 and 4 still struggle a bit with the bottle but are getting there.

Being busy with lambs and seeing to everyone else as well,
Kara is still taking a bottle although it only takes a few minuets for her to down her bottle

I had a bunch of corriander in the fridge to use up so put together a Carrot and corriander soup
started on the stove top and then just popped into the oven for the afternoon. 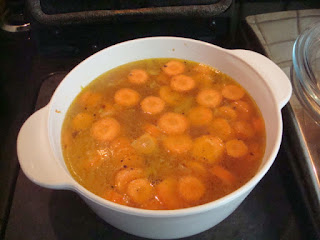 With the Rayburn simmering away during the day the oven can be used like a slow cooker.
Come dinner time it was easy enough to finish off the soup and blitz it together. 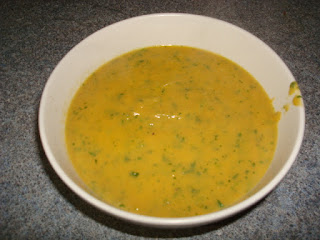 enough for several lunches this week

Here is the recipe if you click on it you should be able to enlarge it. 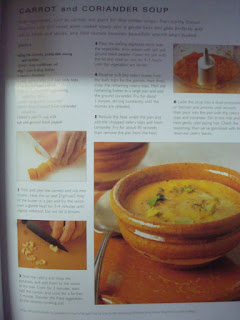 The wind that blew through the other morning took its toll on one of the Alpaca shelters and tore the roof off. 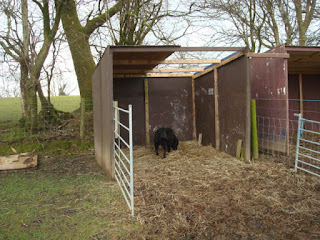 Just as well they are not using the field shelters at the moment,
They are still coming into the barn to feed twice a day and can access the barn area when they want.
Plenty of Daffodils are blooming in the front garden 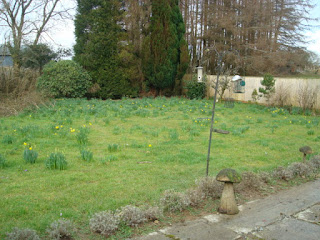 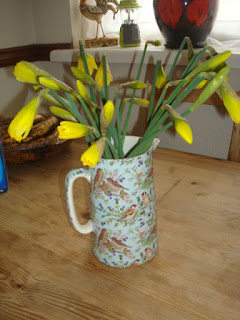 I used to always buy daffodils for indoors,
A nice splash of spring.
Time to get back home again, another feed to do.

Email ThisBlogThis!Share to TwitterShare to FacebookShare to Pinterest
Labels: Lamb's