A Bit Of A Weave Going On 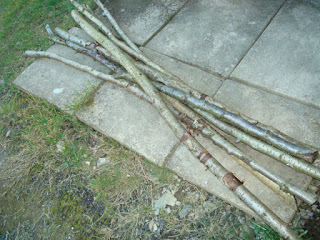 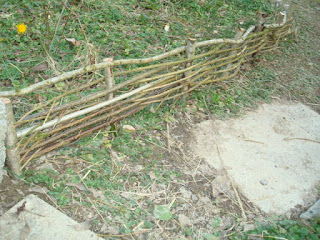 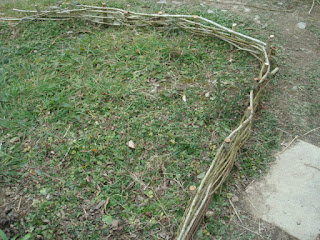 Its starting to come together 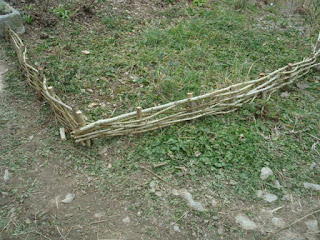 yes this will be full of flowering plants
Martin thinks it looks very rustic
best of all its free, this year is going to be the year that I plan to get borders established in the garden,
I least I have some defined edging now,
There is still more to do its a big area to edge.

Now a bit of a mystery, when Martin was poo picking this morning
he came across this egg 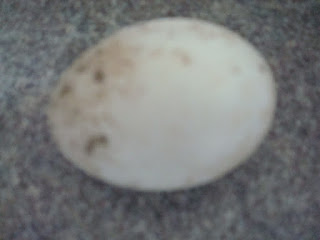 sitting in the middle of a pile of Alpaca poo 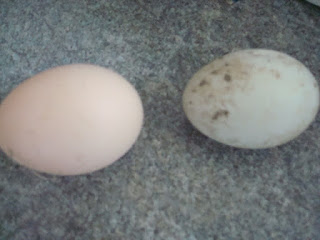 Its not a chicken egg, chicken egg on the left, its smaller and has a white shell.
I think it was a duck egg, next door have some Mallards nesting on there pond and I think something stole the egg and happened to drop it were Martin found it.
Unless of course the Alpacas have started laying eggs.
Sol got the egg with his dinner.

On the subject of Alpacas here is a short video of Martin calling in the Alpacas from the field into the barn for there feed.
They have to cut through the bottom of the garden and dodge the washing
they are really good at coming when called now.
Makes life a bit easier rounding them up.

I have been doing a bit of sewing today as well, details over on my craft blog.
Posted by Dawn at 11:27:00