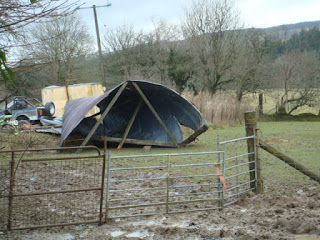 C Senior was on the phone, there dome barn had taken off and landed in the field
It has taken the fence with it, it was over the top of the vehicles
After all the animals were fed watered and checked on I popped round to give her hand clearing up a few bits and getting things under cover.
I think the barn has bit the dust it is fairly mangled up.
We haven't had any damage this time round.

When I came in my coat was covered in mud and thought I would throw it in the washing machine.
Emptying the pockets 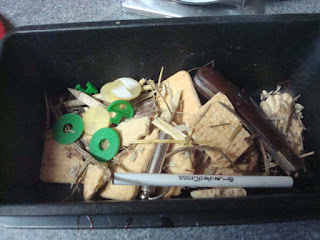 This was the contents, lots of straw, broken biscuits for the goats, pen, greenhouse clips, dog whistle, buttons, pen knife and a pound coin I found on the drive way.
A bit of a collection.
Coat now in the machine also needs a few repairs after its washed and dried. 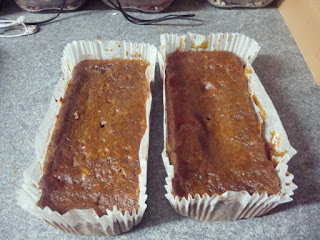 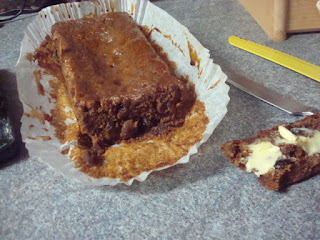 I tried a slice last night with butter, it is lovely and sticky,
It does say on the recipe to leave for a couple of days to improve.
But you have to check its edible don't you.
The recipe has now been written in my book 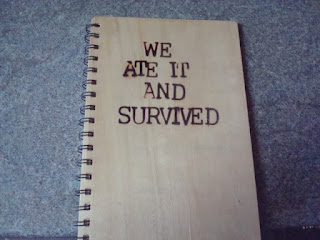 along with several others that I needed to get written down.

I have to make a trip into town today, so I better get a move on.

Email ThisBlogThis!Share to TwitterShare to FacebookShare to Pinterest
Labels: Baking